I just recently got a new monitor and graphics card (1080 Ti) to play games. I am playing NieR: Automata, or trying to.

I never really cared much about fps and all but I decided I should since I paid quite a premium for G SYNC and 144 Hz in this monitor. The picture explains the before/after scenario before/after I launch a game. I set it to 144 Hz from the nVidia control panel and it's all fine. But the moment I launch the game, I noticed I am stuck at 59-60 fps, which was suspicious. When I check the monitor settings, it has switched back to 60 Hz somehow.

I have checked a few solutions on the internet and tried what they suggested but nothing worked. They include: turning off V SYNC (which was on earlier), using DP cable, which I am using anyway. 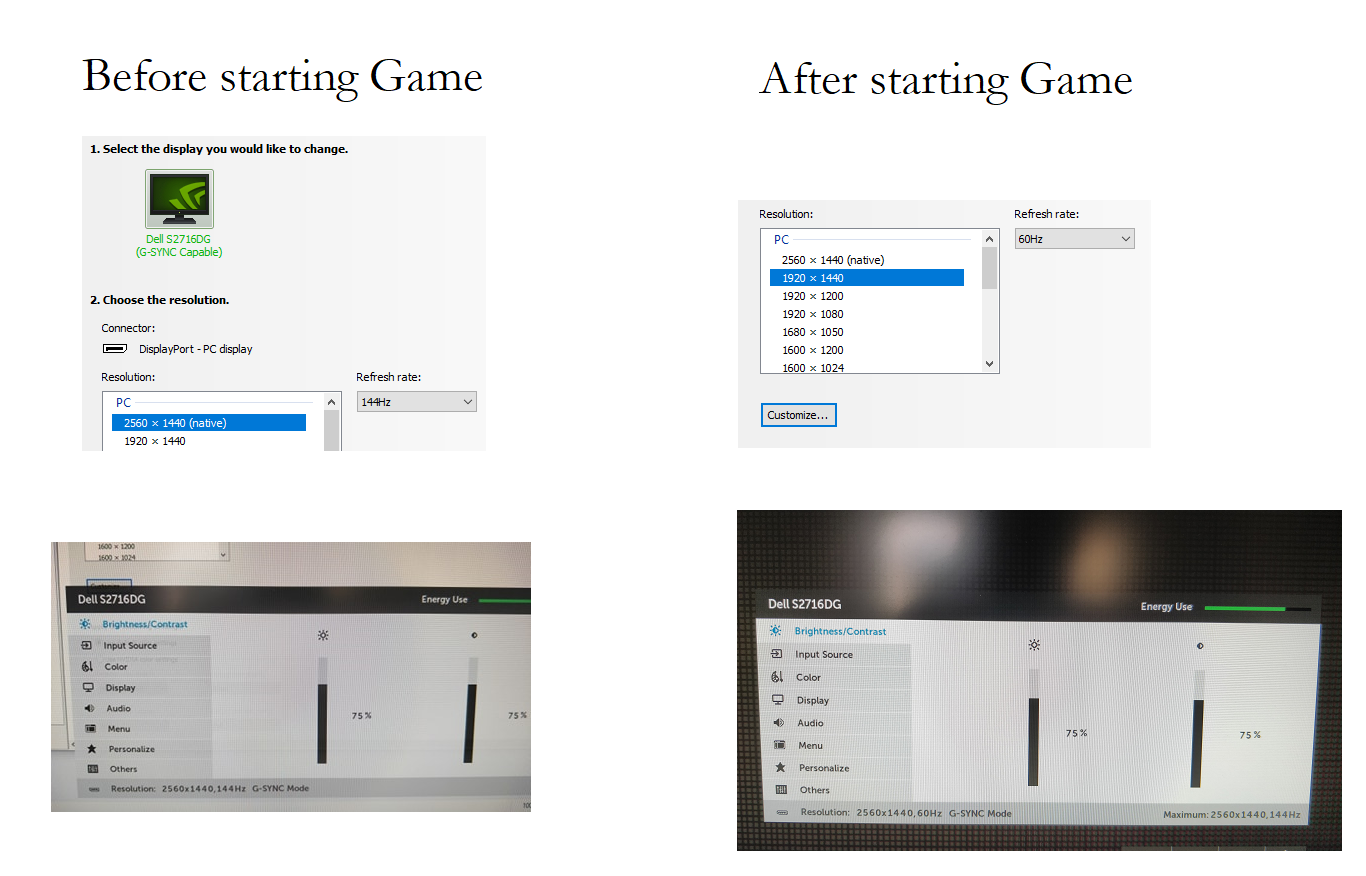 Create a profile for this game in nVidia control panel->3d settings, and run the game in full screen, change the setting in the game too to match it.
0
B

vov4ik_il said:
Create a profile for this game in nVidia control panel->3d settings, and run the game in full screen, change the setting in the game too to match it.
Click to expand...

Within the game, there's only a setting for resolution, not refresh rate. There's already a profile for all the applications that use my graphics card including this in 3D Settings.

I got an answer in another forum which may be correct. I will try that. Apparently this specific game sets the RR to 60 all the time. https://www.pcgamingwiki.com/wiki/NieR:_Automata#Refresh_rate_.28Hz.29
0