I was hoping I could get some help here regarding suggestions.

When I opened it up I noticed that the Spring/X PAD was broken. (not sure what the name of this part is.

I contacted Nvidia and the card isn't under warranty because I bought it after market from Stock X.

Does anyone know the name of this part or where I can order it? Any suggestions whatsoever would be helpful here as I would like to repair it somehow. 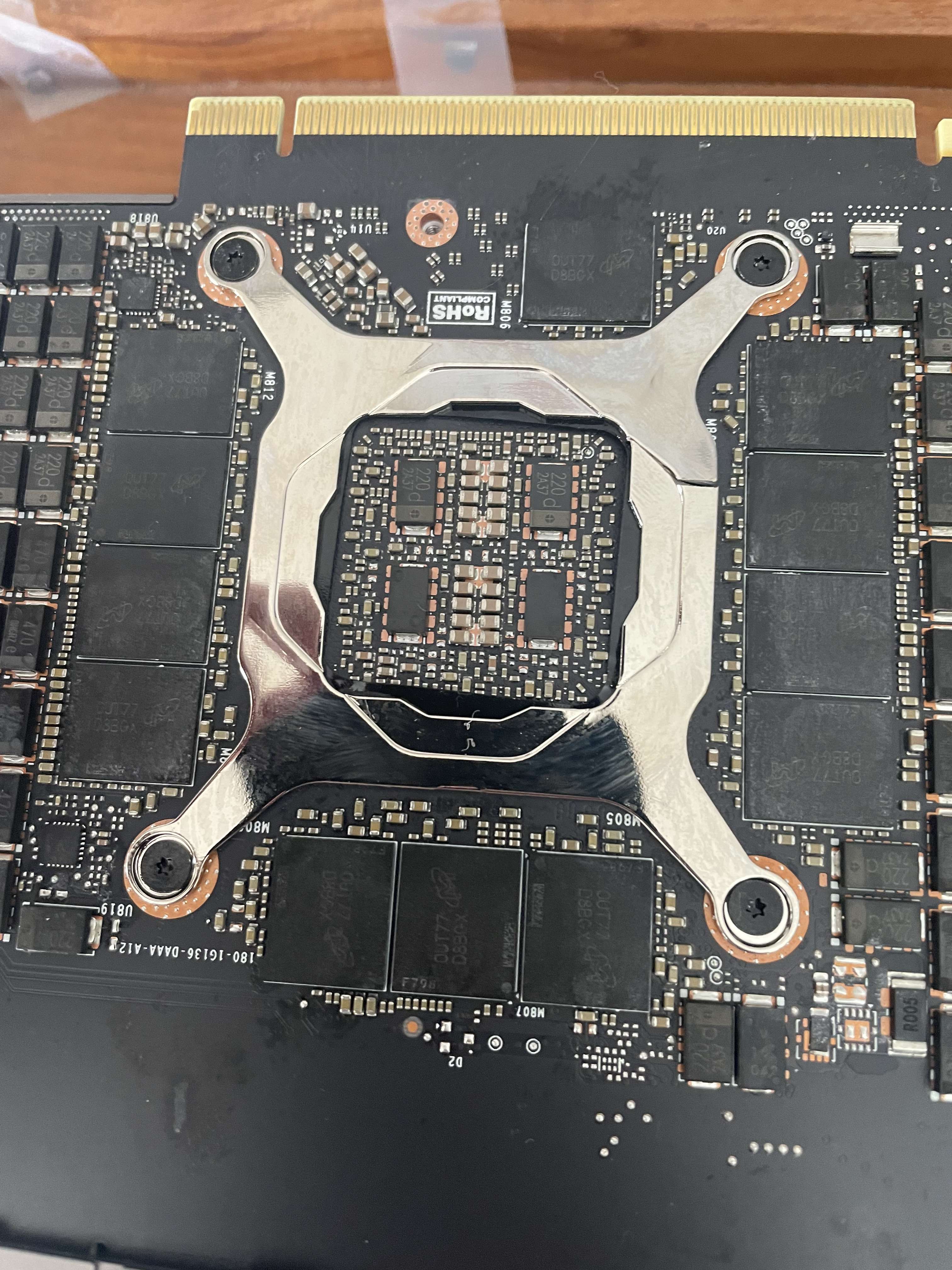 its backplane bracket...but its not something u find in stores...its relatively new card, so u wont find donor cards out there to ninja from them
you could cnc/laser cut it..there are some manufacturers who takes custom orders
or use aftermarket cooler, it will come with all necessary parts
0
G

Thanks for the input Kerberos. Are you familiar with it's function? Is it a heatsink of some sort?
0
K

well..those 4 screws hold cooler attached to gpu die, if you loosen up those screws, temperature will be on GPU die a little bit higher, tightening those screws helps transfering heat from GPU die to cooler, thus lowering GPU temperature, tightening them too much will add pressure on PCB which can bent...so this bracket shuld avoid PCB bending...but as far i can see from your picture...pressure was too high

soo..you could remove it, its not necessry part as long you dont overtight those 4 screws
mine gpu doesnt have it (msi 1070ti) and gaming at 45C