Hello! I purchased some T-Force Vulcan Z DDR4 3200gb (2x8gb) ram and I have noticed it is not running at its designated speed or using its full capacity. The ram is being detected on both channels as seen in the CPU-Z screenshots, but it is running at 2400mhz. 8gb is also hardware reserved as seen in the task manager screenshot. I have XMP turned on at Profile 2 which says it should give me 3200mhz, but I only see 2400mhz as the speed when in my PC. I have attached screenshots to help answer my question. A concern of mine is that my motherboard is not compatible with ram, but I am not too educated on this question. Any help would be greatly appreciated! 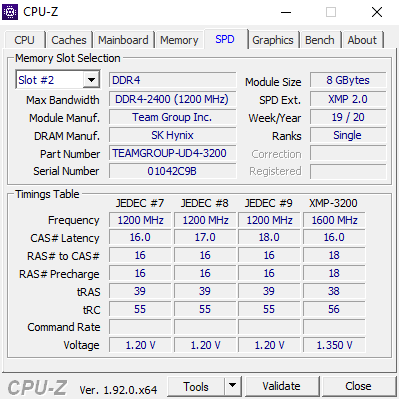 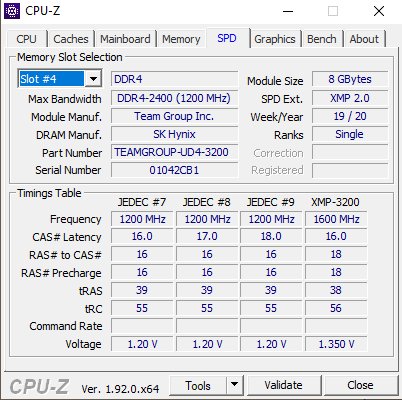 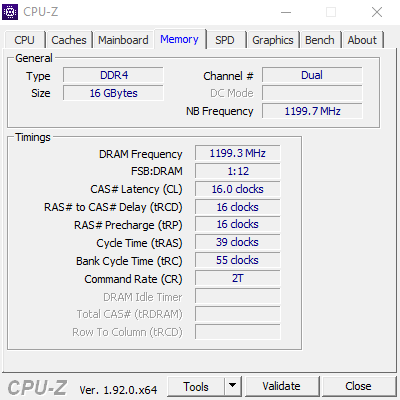 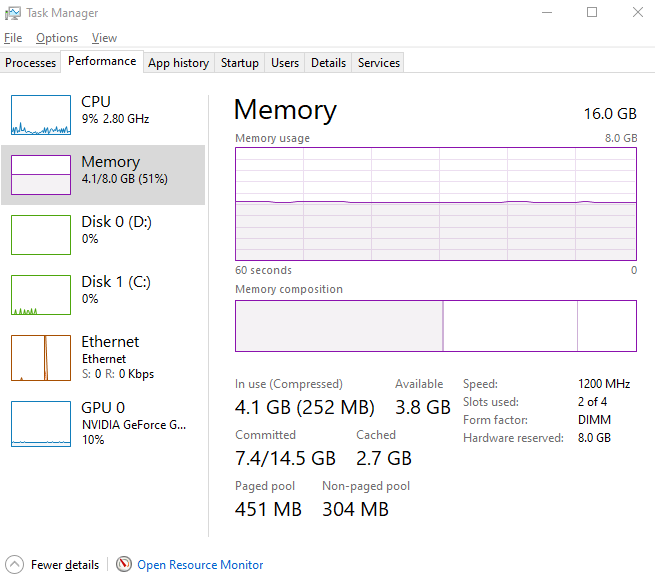 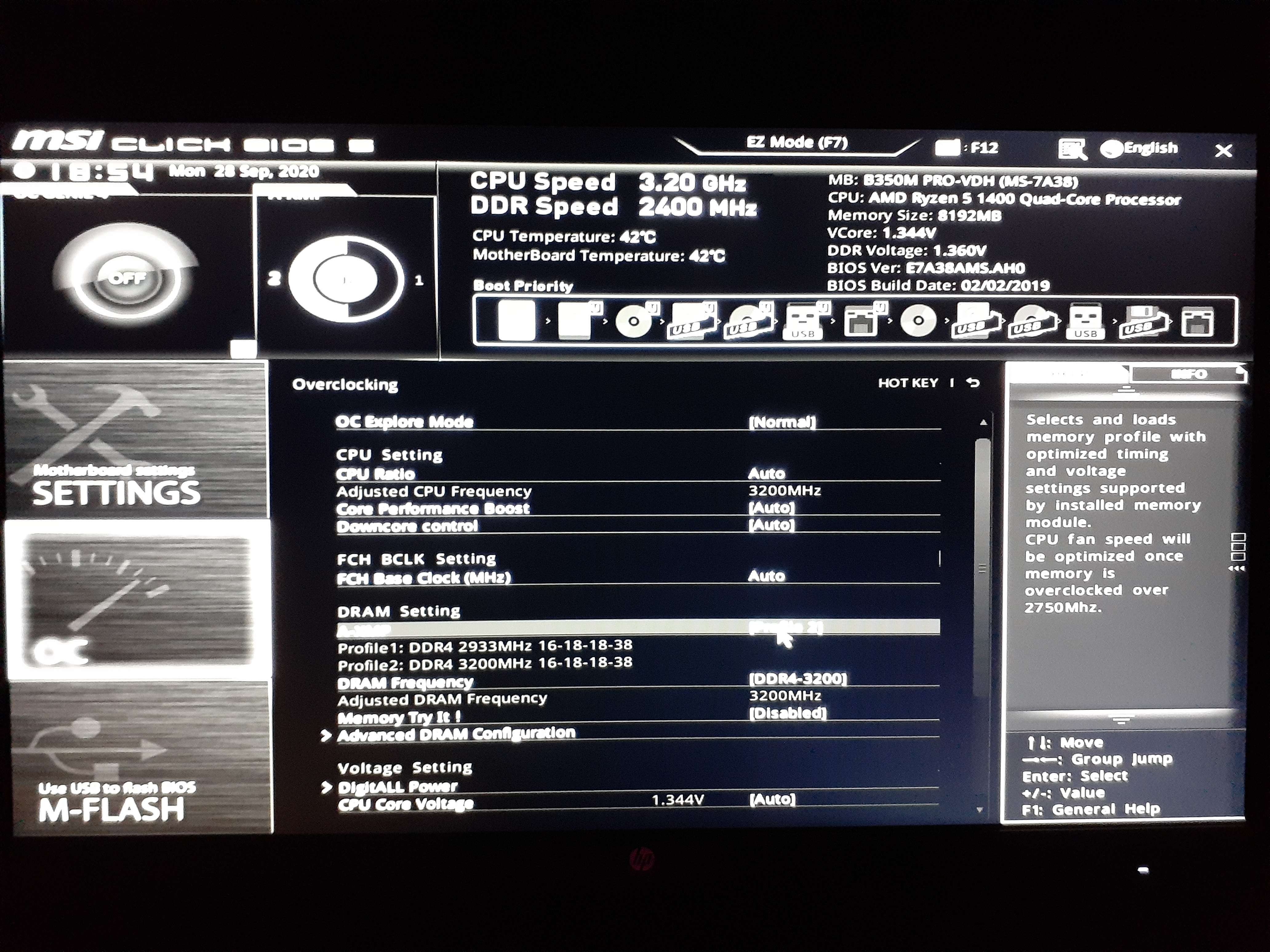 Looks like motherboard isn't accepting XMP profile and defaulting them to the first Jedec profile according to the timings.

Try one stick in A2 and see what happens.

First generation Ryzen motherboards had issues with various types of ram. Have you updated it since? Might have better chance of automatic XMP settings working then.

Were both ram were bought as part of a set?

Alternatively, could try adjust ram manually. Using Dram calculator to give you settings and then take a photo for convenience so you can and enter them in bios.

DRAM Calculator for Ryzen helps with overclocking your memory on the AMD Ryzen platform. It suggests stable memory timing sets optimized for your m 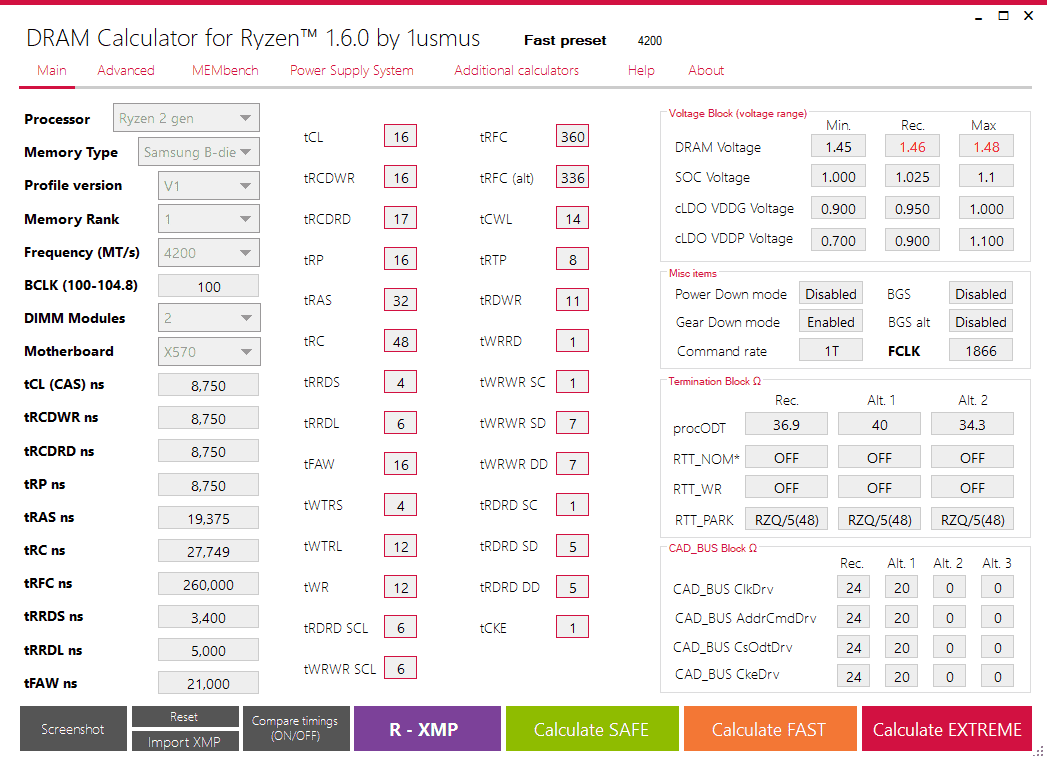 To answer the questions real quick; The current bios version I have is not listed on MSI's support page anymore. But, the bios I have falls near the second most recent one on this motherboard's support page from 2019. Both ram came as a set. Now for my troubleshooting: Please let me know if there is anything else I can potentially test out or if you possibly take something different away from my findings. For ease of understanding, I will refer to each ram as ram 1 and ram 2.

Firstly, I stuck ram 1 into A2 like you suggested, and it booted up flawlessly with no issues and it was at the correct speed. I then added ram 2 into B2, but I got an infinite boot cycle, and after some waiting it finally let me in. However, this time the ram was in the same issue as before, only 8gb usable and 2400mhz.

From here, I wanted to test if it was ram 2 or DIMM B2 that was the issue. I stuck only ram 2 into A2, and it booted flawlessly, but XMP was turned off, different from when I booted with ram 1. Once I turned XMP back on, it gave the correct speeds. I then added ram 1 into B2, got an infinite boot cycle, and had to force shut down.

I then took ram 1 out of B2, and booted with only ram 2 in A2, just to double check that it was not one of the ram sticks causing issues. This time the EZ debug LED stayed in CPU and never moved. After some time, I decided to force shut down. Now I wanted to retest A2 to make sure it still worked fine. I replaced ram 2 with ram 1 in A2 and it booted fine, but this time XMP was turned off. Once I turned it back on it was 3200mhz.

While there were some hiccups, I believe we can determine that the ram sticks themselves are working fine, unless the XMP sometimes being off is a problem I do not know about? It seemed like DIMM B2 was the cause of boot up issues, so I assume it is also the cause of my original problem, not 100% on this conclusion though. To double check this slot, I tried two more tests with the seemingly proven good ram 1 and 2 in B2 and could not get past the DRAM LED in the EZ debug.

Let me know what you think of all this please! Thank you
0

Everything you've done is pretty much anyone else would have tried. Hmm, apart from both of them not really compatible together, maybe the cooler is on too tight?
0

Try bumping the RAM voltage up a bit. Also, set the SOC voltage to 1.1v
0
A

boju said:
Everything you've done is pretty much anyone else would have tried. Hmm, apart from both of them not really compatible together, maybe the cooler is on too tight?
Click to expand...

I posted this on reddit too and some folks said that my CPU only supports up to 2666mhz, could this be the reason? I am not sure if this also is the reason my computer is only using half of the 16gb and defaulting at 2400mhz.
0

Motherboard specs does say memory speed is limited to 2400 for A-series and Athlon processors but not yours. You wouldn't have been able to run 1x stick at 3200 if that were the case.