Hello everyone,
I have seasonic SS 500-ET power supply and it has an 8 pin connector and a 2x4 pin connector, and I don't know which one to use for powering CPU or I don't know about the use of any of these connectors in general. kindly help me asap.
Thanks
0
K

The 8-pin connector I would suspect is a PCIe connector. The 2x4 pin connector is probably for the CPU auxiliary plug on the motherboard. Some motherboards have it as only 4 pins, some as 8 pins, hence the 2x4 setup (also called a 4+4 CPU connector sometimes).

Did you only buy this PSU recently? If so, given that (at least according to the NewEgg listing I'm looking at) it's got only a 1 year warranty, I'd suggest returning it and getting a better PSU.

Seasonic is generally very good, but has a couple of problematic models. I don't know if this is one of the potentially troublesome models, but I think this is a much older model, and the short warranty is not reassuring.

EDIT: going by this specification page (you may have to manually select SS-500ET from the drop list at the right side of the screen), it only has 408W available on the 12V rail. Definitely either an older design, or not one of their better units. I'd recommend getting another PSU.
0

Does your motherboard have only an 8 pin header for the CPU? Some have 8 + and additional 4. As far as I know, you only need to hook the 8 pin connector to the 8 pin header and call it a day for typical builds. The 4+4 is additional only for certain builds.
0 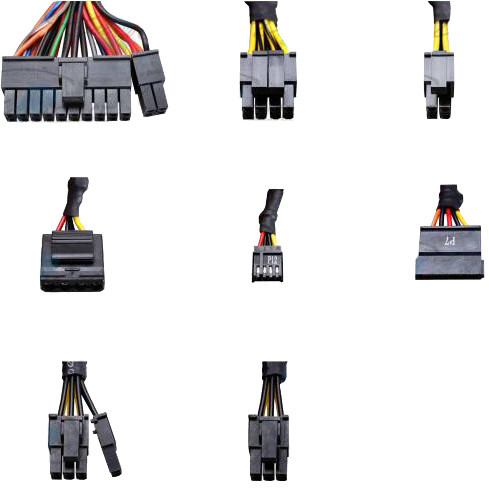