Previous Next Sort by votes
R

Both GPU's are connected to the PC, as well as they're both shown in Device Manager. Although one of the GPU's is hidden, as well as it says it's "Not connected" when it most definitely is. 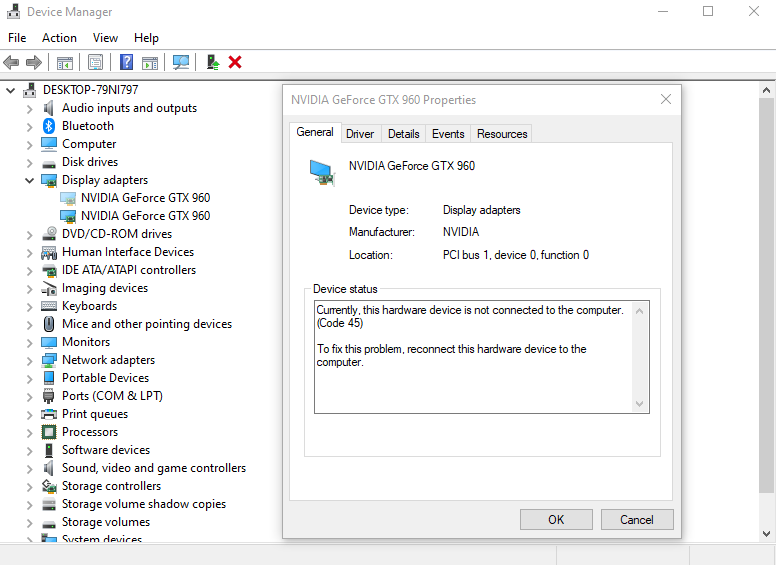 I've re-seated the cards multiple times, flipped the cards between slots, played with the SLI bridge, checked my PSU's connections, re-installed the drivers on both the cards (clean), and updated my BIOS. I'm not sure what else to do to try and solve my issue.

I've also checked that my motherboard is compatible with SLI, Powersupply is hefty enough, whatever you can think of. I should also note, the GPU's are of different makes but the same model, I've read that is fine. One is an EVGA 4GB card, and the other is a Gigabyte 4GB card. Anyone have any ideas of how to combat this issue?
Last edited: Feb 22, 2020
0
R

Turns out when you're an idiot, you're an idiot. For anyone wondering when I originally built this PC I somehow Removed up the installation of the motherboard. Intrinsically re-seating the card did nothing, the card was only making 3/4s of a connection in the PCI-E slot due to how the motherboard was installed.
Last edited by a moderator: Feb 28, 2020