I have recently bought a 9900KF from Ebay that was listed as 'For Parts or not working' due to it having a damaged contact on the rear from being used in a motherboard with damaged pins. I got the CPU for £65 so I thought it was worth a gamble as the seller had no idea if the CPU worked or not. I gave the contacts a clean but the damaged one was indeed beyond cleaning and it looks like half of the contact is either missing or scorched. Based on the z370 pinout then the damaged contact is a VCC pin.

The only way to know for sure was to test it, obviously, and fortunately for me it booted without issue. The only problem I had would be the all core turbo being 4.6 rather than 4.7 but I did not reset my CMOS after taking the 9700k out, so after a little head scratching I called myself an idiot and moved on.

I have ran as many tests as I can - Prime 95 (blend and Small FTT - 1 hour each) , Intel XTU ( 3 primary settings - 30 min runs) 3D mark runs and I threw Battlefield 5 on as it was the most CPU intensive game I have. All of these went well without an issue.

My question really is would you consider this to be perfectly fine or are there some other tests that you would recommend? I want to sell my 9700k while I can still get ok money for it but do not want to leave myself in the lurch with a dodgy CPU. Thoughts?

VCC pins are highly redundant, so there's a lot more to take the place of a damaged one.

If it works...it works! rejoice and game on!

A picture is worth a thousand words: someone may have better advice based on what they see.
0
D

VCC pins are highly redundant, so there's a lot more to take the place of a damaged one.

If it works...it works! rejoice and game on!

A picture is worth a thousand words: someone may have better advice based on what they see.
0

Thanks for the quick response. I think you are right and I should not worry about it as it is working. Feels a little to good to be true but that is probably my suspicious nature.

I have included an image below for reference. 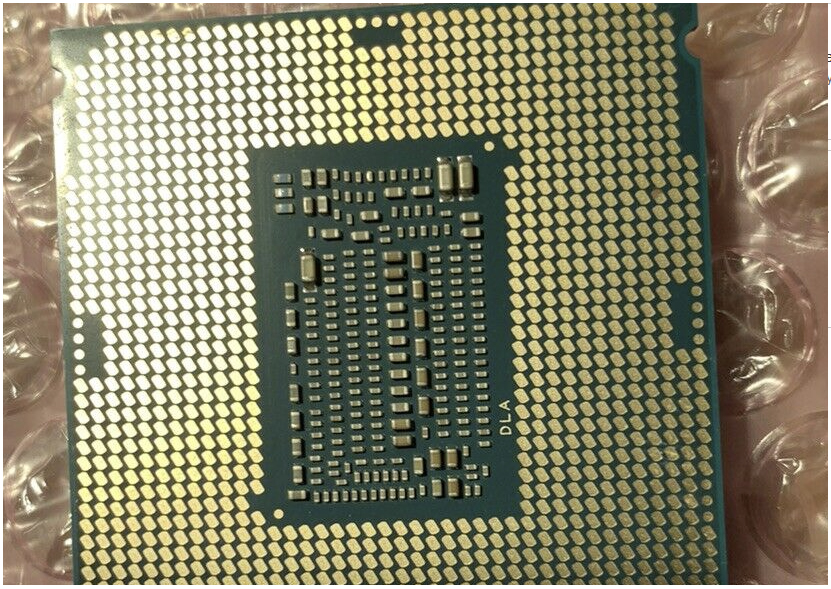 The damaged pad is in the upper right quadrant - the pad does look more damaged than the photo suggests.
1

Thanks for the response. The photo does make the contact look better than it is but still working fine so I am going to just crack on and not worry about it.