So as title says i have question about Core 0 T0 effective clock, it stays very low even while using cinebench R15, is it normal ? 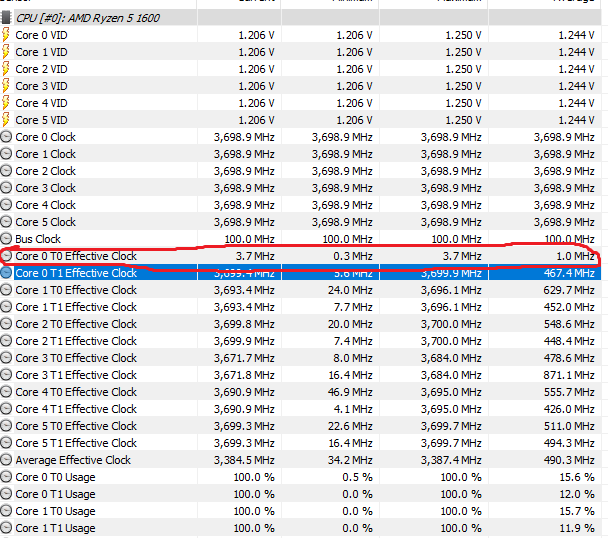 T0 is Thread 0 of Core 0. It just means that thread has no, or very little, activity currently. Also note that Effective clock is a derived metric, not 'measured' per se. It's calculated across the polling period with respect to sleep states (it's in the notes). Whatever that means.

I've always been curious how the two threads can be different at all since the core itself should be at the same clock for both threads. I'd think it related to thread utilization except that's the next section and 100% for both threads of Core 0. Weird.

Maybe it's a bug in the program. Probably worth asking in the forum at www.hwinfo.com

Change the mix of apps that are running and it will probably change too.
Last edited: Feb 24, 2021
0
V

I noticed i has no activity no matter what its always same, have no clue is it normal thats why im asking here .
0
D

V4ever said:
I noticed i has no activity no matter what its always same, have no clue is it normal thats why im asking here .
Click to expand...