So it's about time to upgrade. My current setup is:

Honestly, it still works rather well, but it really shows it's age when trying to run some newer games like Horizon Zero Dawn or Cyberpunk 2077. New GPUs are scarce for now, and I'm really into Persona 4 Golden right now, so getting rolling is not super urgent, but still it's time to start looking forward and deciding on parts/a budget. I will be reusing my current case (Falcon Northwest Talon from 2013) and power supply (1000w). Aside from fan openings you can't really see the inside of my case, so I'm not really interested in RGB features which I figure can save me some money. Also debating whether to do AIO or air cooled this time. Leaning toward air cooled depending on if the unit I'm considering will fit in the case or not. Also it seems like the pricing on the stuff that I've put together is pretty comparable between Intel and AMD so far, and I'm unlikely to update the CPU before the next time I need to completely overhaul my rig again in 6-7 years, so I'm leaning Intel at this point because it seems like it's a better performer with the software/games I'm interested in for now (or that's the conventional wisdom anyway). I will also likely be sticking with my 1080p display for the time being, but may go 1440p in a few years. I tend to play single player stuff, so I'm mainly interested in graphical fidelity through the next generation for of that kind of AAA game when needed. Here are a couple of builds I've been considering:

The stuff that I've priced out seems to situate me in the $1300 neighborhood if I can get a GPU at MSRP eventually, which seems okay given what I have already squirreled away for this project. Also, I'm not married to NVidia, but the 3060 Ti seems to be at the price/performance sweet spot for what I want from this build.

Any Criticism/thoughts/advice would be welcome, especially when it comes to possible saving in the Motherboard/CPU area. Not sure if the i5/Ryzen 5 options I'm looking at are overkill or not. Also could use some guidance on preferred cooling options if possible.

The only thing I'd change (if its in your budget) is to go with a single SSD. Something like this for example.

That would fit in the budget I'm sticking to if I go AMD R53600 and stick with their stock cooler. Are those any good or should I forget that?
0
F

danrandlett said:
That would fit in the budget I'm sticking to if I go AMD R53600 and stick with their stock cooler. Are those any good or should I forget that?
Click to expand...

I wouldn't say the stock cooler that comes with the 3600 is good. I think adequate would be a fairer assessment. It works best in a case with plenty of airflow, ideally with a side intake fan.
Reactions: danrandlett and Why_Me
0

danrandlett said:
That would fit in the budget I'm sticking to if I go AMD R53600 and stick with their stock cooler. Are those any good or should I forget that?
Click to expand...

The wraith cooler it comes with are loud and not that good when gaming for long periods at a time.
Reactions: danrandlett
0
F

My experience with the wraith is that it has been fine for gaming so far. My 3600 will boost to 4.2Ghz for gaming. The noise levels are reasonable with a custom fan profile. It is not good enough for running cpu intensive stuff like benchmarks (Prime) or mining or distributed computing.
Reactions: danrandlett
0

Here's your wi fi 6 + bluetooth 5.2 for either chipset. M.2 KEY E slot .. I believe Asus boards have this also. No idea tbh on MSI and/or Gigabyte boards. 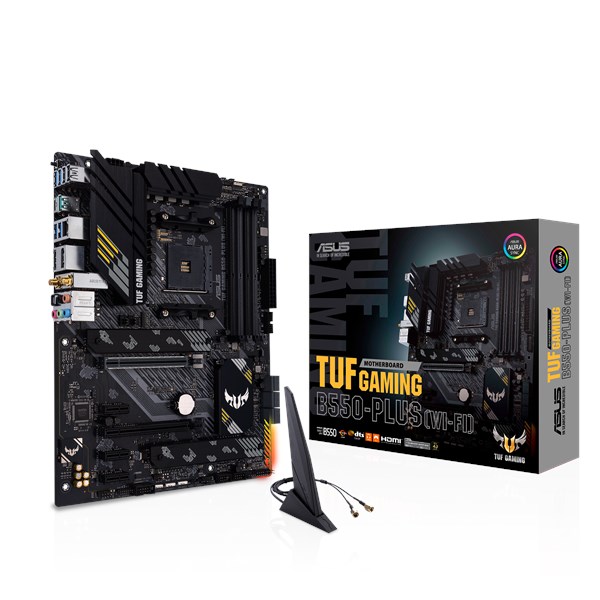 Intel's new Core i5-10400F offers a large performance jump over the previous generation Core i5-9400F because of its six-core/twelve-thread design. In this Core i5-10400F review we also test the feasibility of overclocking through BCLK, or by relaxing the PL1 and PL2 Turbo Limits.