[SOLVED] apps/games 0-5 seconds after I launch them

Was playing Arma 3 for a few hours then it randomly closed right to desktop, so I thought it cashed and tried launching it again.

Launched it, then it closed itself 5 seconds after launching. Okay weird. I tried validating the files and they were 100% fine but it kept happening.

So I tried to launch some other app like Ccleaner. Does the same thing, opens for 5 seconds then closes itself.

This happens with every application/game on my computer except internet browsers and CS:GO for some reason.

I tried system restore but it was turned off for some reason and it closes itself as well. I can't open event viewer. I think it has something to do with my permissions?, I have no idea how/if they were changed. Any help/questions would be extremely appreciated!

what the ssd? check the health?
download malware offline scanner on another working pc and use that to scan your pc
0

Tried using adwcleaner, tried installing TotalAV, both exe's just close before I can even run them.

sfcscan ran fine and no problems were detected.
0

what the ssd? check the health?
download malware offline scanner on another working pc and use that to scan your pc
0

Tried windows defender offline scan and it found nothing.

Tried making an offline USB with "Emisoft emergency kit" and malwarebytes but there's no offline or anything I can find a way to make an automatic bootable USB that scans offline with either of them.

May you suggest me one in particular? cause the ones I find aren't for what we're doing especially when I can't run an .EXE
0

Theres way too many solutions to try and fix it so I'm just gonna reinstall windows. Thank you very much for your time, rgd1101 I really appreciate it <3 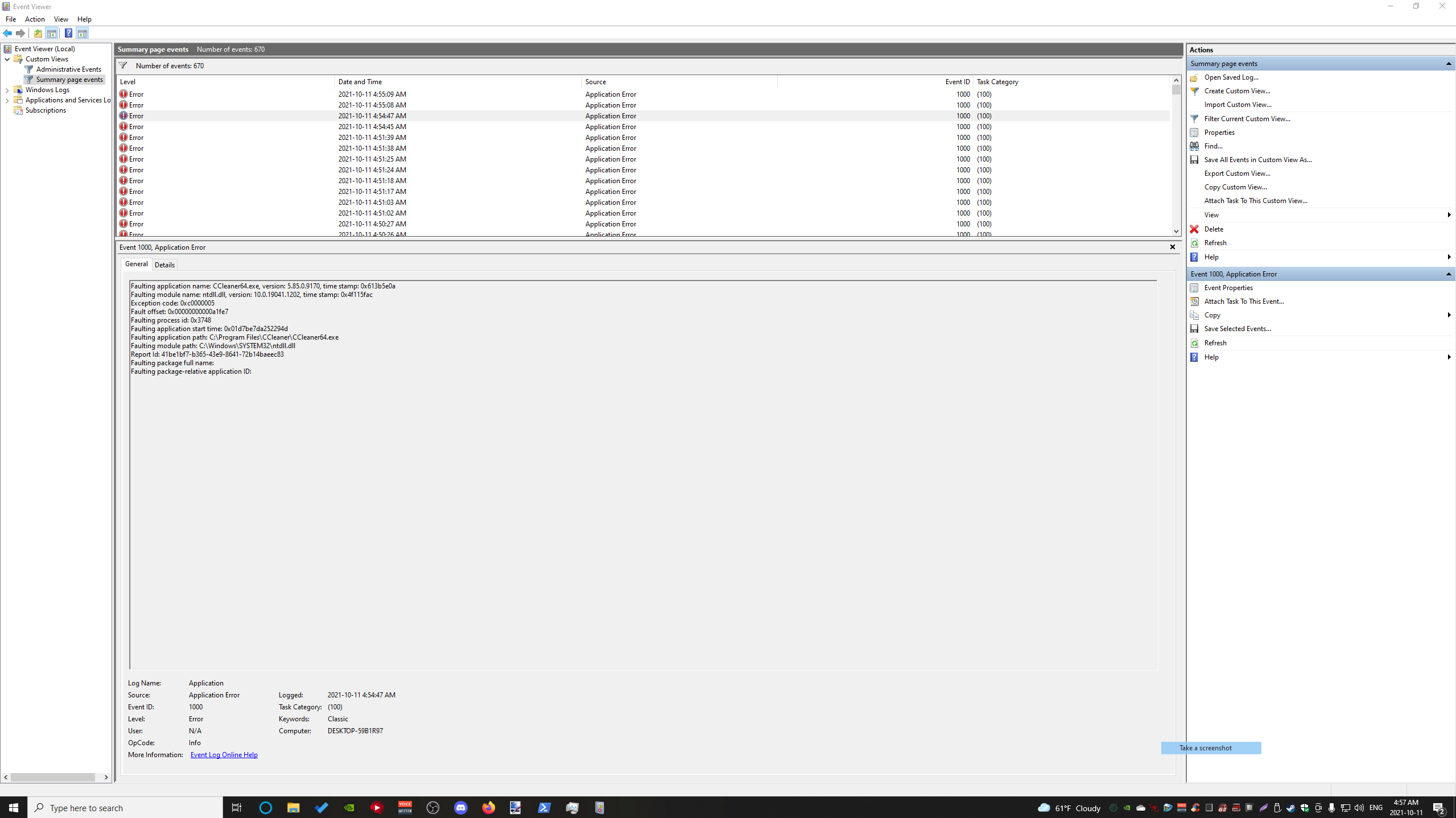