I have a corsair rm850x and currently have 2 pcie cables + one of their piggies running to my evga ftw3 3080 for 3 total connections and everything runs great. I just bought some extensions cables and realized that these are 18ga wires, and I could be wrong, but I believe the corsair might be 16ga at least for their pcie connections that have piggies. I'm worried about running these wires if it's true they are smaller gauge wires, especially if I'll be using one of these pcie extension cable connected to that one piggy. I wouldn't be as concerned if corsair provided 3 separate pcie cables in the box and I ran 3 extension off of each, but they do not in the rm850x. Any thoughts on this from someone who actually knows would be great.

This is how I have my wires connected as of now if someone doesn't understand, it's the picture that everyone uses for the 3080 power hook up if you don't use 3 separate cables. 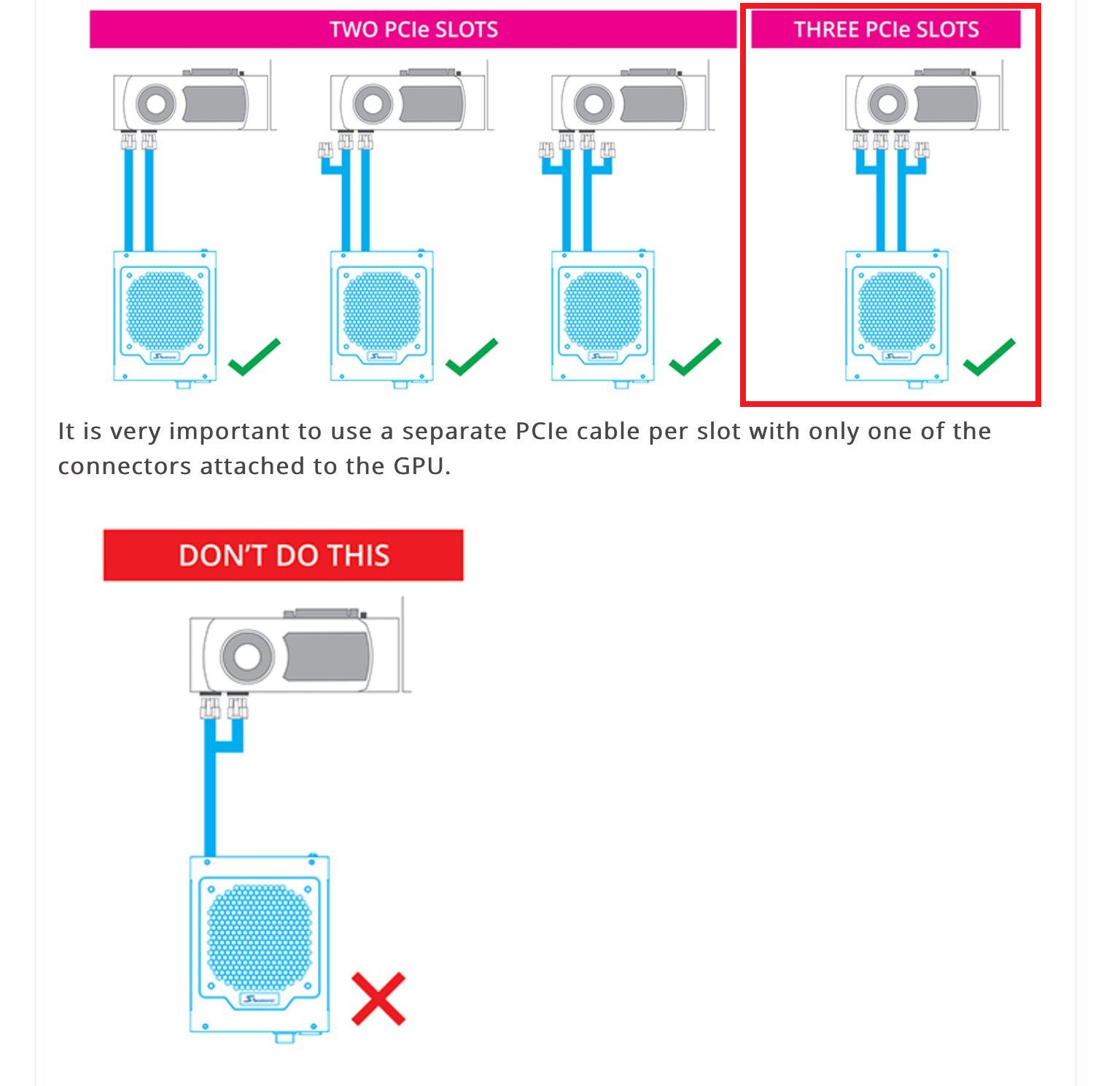 Don't use extensions on a fully modular PSU. They make the cable longer with higher resistance and lower voltage at the end of the cable and 18g makes it worse. Just get some replacement cables from Corsair or Cable Mod.
0
P

Yah, cable mod is super expensive, and well corsair is over a 100 dollars for their prem cables and i'm not even sure if it's supplied with 3 seperate pcie cables as well. I mean I see a lot of people using extensions cables, I'm just not sure if corsair uses a 16 or 18 ga on their pcie cables since they have that piggy included. Corsairs psu wires are thick and hard to position, plus it has all those piggies on both pcie cables. Not sure what to do
0
P

I'm just going to return these, I don't wanna mess with extra tucking, longer wires, and not sure at that smaller ga wires. Going to just get the prem corsair cables. thx tc
You must log in or register to reply here.
Share:
Facebook Twitter Reddit Tumblr WhatsApp Email Link