One morning the PC started up with RGB firmware update. Never seen this before and seemed to take some time. I googled it and found out that people said it could take 45 min, some took over 8h, some people just turned off their PC and worked after, mine took 2+ hours and continued to be on the same screen. 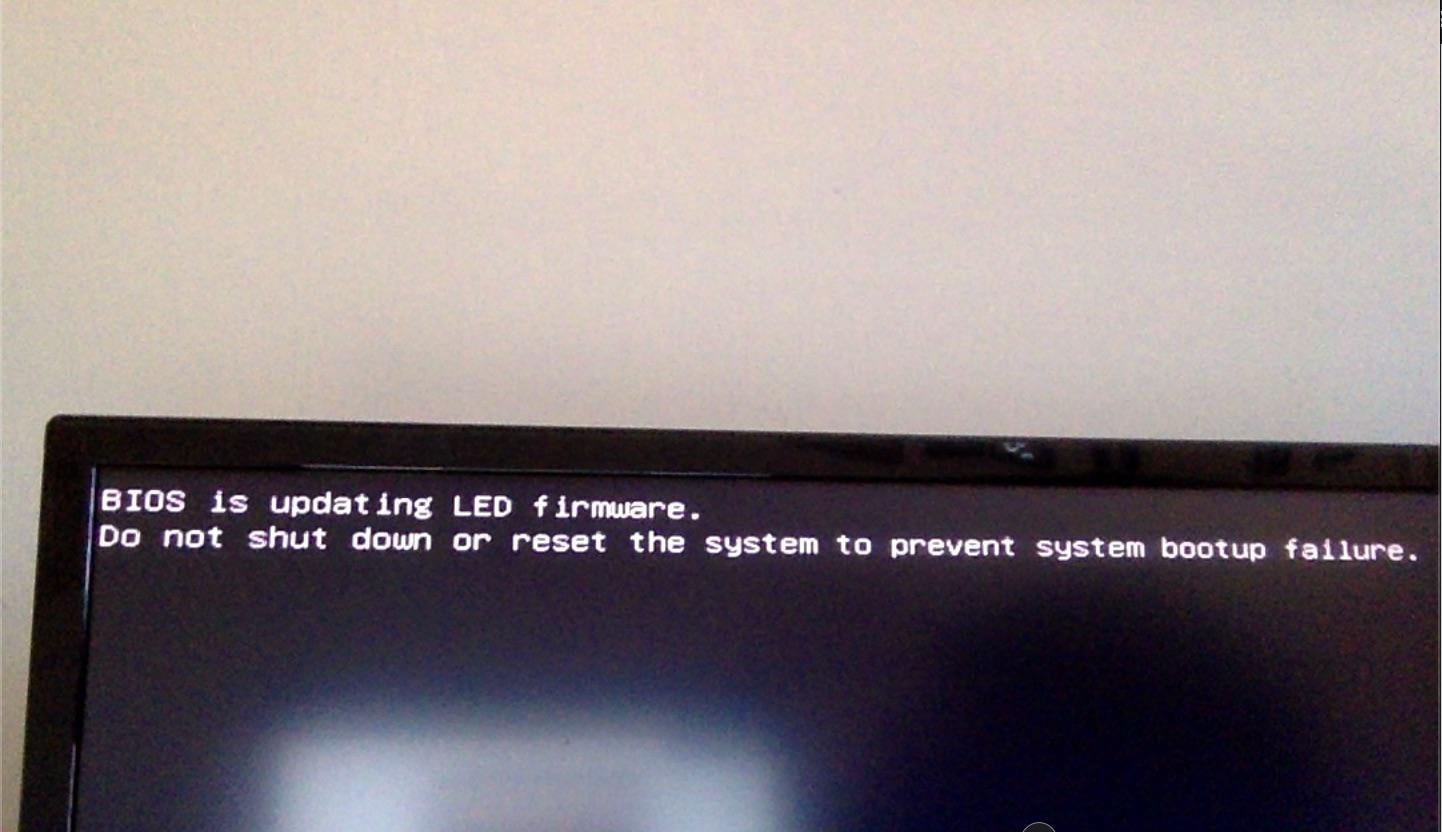 Despite the warning I turned the PC off as I had to work that day with my pc from home.
Ever since then I am having boot issues, as the warning suggested.
I once was able to post into that American Megatrends boot window with the message I had to reset bios for it to boot but I did not have a keyboard attached as I was trying multiple things to repair this problem. Ever since then It does not boot / post.

Things that do work! All the LEDs on my motherboard are working, also the RGB on the side of the motherboard. My keyboard is turning on its RGB lights. Fans are spinning and the lights on the graphics card are on as well.

Things I have tried:
Starting the PC without GPU
Starting the GPU without GPU and then with GPU
One Ram stick.
Ram stick in different slot.
No USBs attached.
Different HDMI Cables. Though they are working as I am using them on my older machine to work.
Clear Cmos pins.
Clear Cmos with battery. had it out for 3+ hours.

I feel I have the motherboard in some update state where it does not know what to do any more. I feel I am running out of options I am unsure what to do. I hope I have not bricked the board!