Hello, i recently installed Windows 7 Ultimate onto this laptop, which originally had Windows 10.

I had a few issues at the start with installing onto an EFI system, but got through them ok.

I've also had good luck with the drivers, but three things problems have come up once I started using the laptop.

1. The trackpad doesn't work. I've looked online to various forums and not found a solution to it. I can't use my Synaptics drivers from my G75VM, as they aren't compatible. Further reading made me think the Trackpad just likes Windows 10 and it's drivers and nothing else. Somewhere along the track, I managed to find and download a WIndows 7 Serial IO Driver. Once installed, the trackpad is listed as an Unknown Device in Device Manager. Despite that, I'd consider it a step forward to getting it working. Now, it says it's looking for 'ACPI\INT3403'.

2. I installed the ATK Drivers for the hotkeys (Version 1.0.0061) and assumed they all worked after testing the volume controls. But, I found the Contrast doesn't work; it has to be set in Windows. The screen off (Fn+f7) and snooze (Fn+f1) work though.

3. The Wi-Fi isn't connecting automatically. I use my phone as a hotspot for the laptop to connect, but to avoid this problem, I have to use it via USB Tethering. When Windows loads the IntePROSet/Wireless Connection Utility finds the connection, and from everything I can see, it looks connected. But, it's not. I have to go into Network Connections, unclick Connect Automatically, then Connect. Once the password is in, the net is good to go. I have to unclick that option as it will connect, but about two seconds later a bubble comes up saying the connection has been disconnected. If i uncheck it, the connection goes through with an alert triangle for about five seconds, then goes fully green with no triangle and everythings good. The IntelPROSet version is 20.10.2.
Last edited: Jan 29, 2020
0

Windows 7 is not supported on the ASUS ZENBOOK UX410UA as Asus hasn't released any Windows 7 drivers for it: 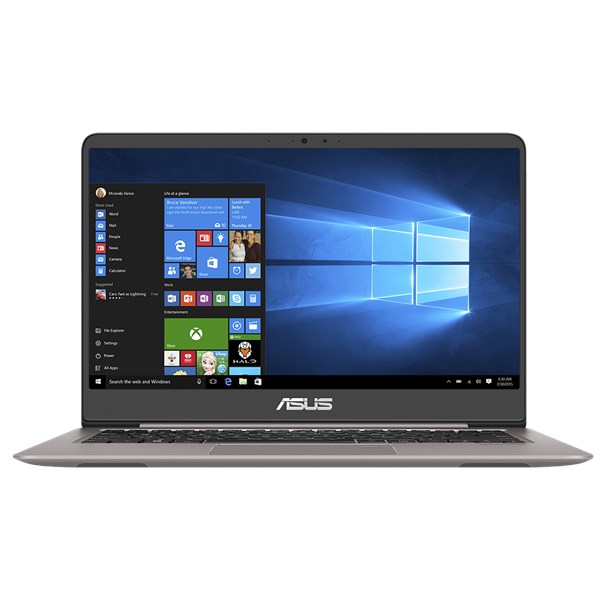