Question Awful close to burning smell from graphics card --- Can someone tell me what just happened?

Gonna give you a basic rundown. Ok so I have a 980 ti hybrid and the pumps on there are known to go out, think I had to rma it twice to get the pump replaced, think they're evga. Usually, when the pump goes bad, the graphics get super hot and main fan is at 100% so i KNOW when the pump went bad. So I'm sitting here playing a game and I start smelling this awful smell, can't describe it, almost like burning plastic but not exactly. So i figure out it's coming from my pc, immediately shut it down and open it up. I take the graphics card out because that is where the smell is coming from, disassemble it, pump seems fine, no signs of visible damage. The black plastic in my 980ti looked kind of wet like it was heated up? So I started sniffing and the main source of the smell came from the pump.

Long story short I plug it back in and no problems but do I need to look at replacing my pump now? Why is my pump acting fine now but had this awful burning smell just 10 minutes ago?

I've had this entire build since 2016, I've updated a few components since then like the PSU, added the 860 EVO not but a week ago, and had to RMA the graphics card so they could replace the pump twice within 3 years.


the PSU is about 3 years old. And to my knowledge it is in good condition. The only change I’ve made recently is I added an SSD, a Samsung 860 EVO, and plugged in a sata power connector to an extra sata slot on my psu. Shouldn’t be a power problem.

My temperatures seem to be fine now, I'm using hwmonitor, idle temperatures seem to be alright, I'll update this thread when I run a game or stress test it. Only changes I've made is taking the side panel off where my radiator is mounted and put it on the floor. Don't know putting the radiator on the floor fixed a water issue but there has to be some explanation for what happened. I even did a little more investigation at the time and sniffed the radiator and it smelled like that awful close to burning plastic smell. So it's definitely something with the pump.

Can anyone tell me, from the information above, what might've gone wrong? And do I need to look at replacing my pump? Like I said the pumps on that 980ti are known to go bad like every 2 years, but don't know why it would be working fine now after that awful smell?
Last edited: Jan 1, 2021
0

Can you provide a more detailed description of the smell?

Update your post to include full hardware specs and OS information.

Heat is an enemy of electronics. Even if the GPU/pump seems to have "recovered" there is likely residual damage then, when things get hot again, more damage and more serious damage is likely to occur.

Likely to end badly for your entire build.

Take a closer look at your build and overall cooling systems.

It could be the pump but if not then you need to determine what is getting hot and why. Especially if the current cooling is not able to keep up with the generated heat.
0
D

Update: so I ran my gpu under load for a while, temperatures were great. Pump was working, after maybe 15 minutes under load the smell started coming back again. This time it smelled everywhere, I think the plastic is burning up, here look at this picture. Why is my pump able to keep the core cool but the plastic still gets hot? I think the card components are melting the plastic for some reason. Maybe I’m wrong but here is a photo. Thing is though, I'm still able to play games great with this, nothing seems broken with it besides the fact that my components are overheating and melting the plastic but the main core is able to stay cool, I watched my gpu temps closely so I'm confused. 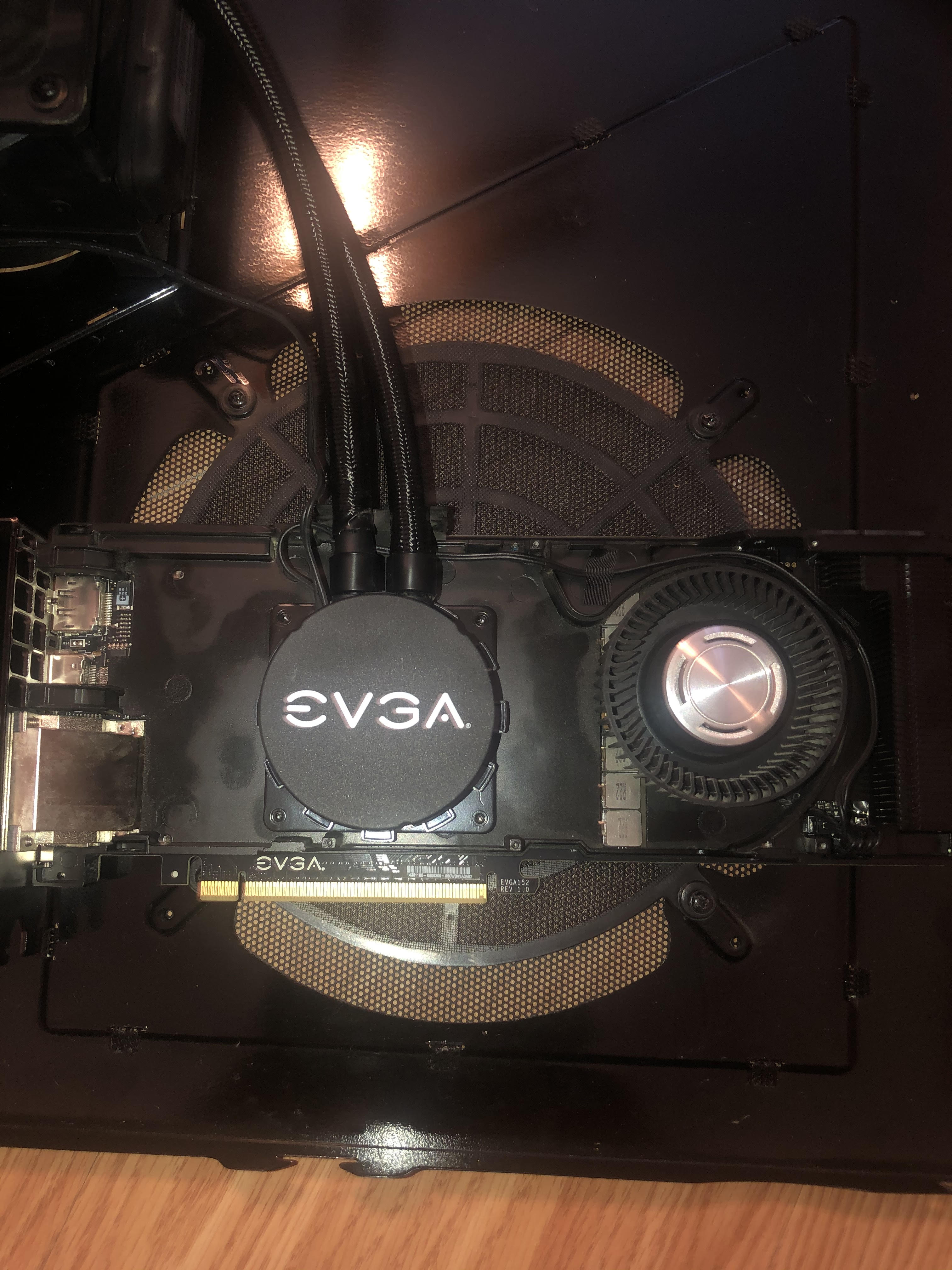 another update: I've completely disassembled the gpu, took the thermal paste off and reapplied it properly, inspected the top and bottom side of the graphics card and no signs of visible damage. The thermal pads look fine, not ripped, still have a smooth surface. Not sure why they're overheating and affecting the plastic. I put it back together, booted perfectly, idle temperatures seemed good, under load seemed fine in a game. But again, 5 minutes into the game I get that burnt plastic smell. Can I go ahead and use my graphics card and play games but deal with the smell? The temperatures seem fine, games play great, but now out of nowhere the components underneath are heating up the plastic. Don't know why.
You must log in or register to reply here.
Share:
Facebook Twitter Reddit Tumblr WhatsApp Email Link