I am about to build my first pc and I have some beginner questions that I hope you can answer. When reading the motherboard manual I got a little uncertain on some things. Motherboard is a ASUS ROG STRIX Z490-E Gaming. Thank you for you help.

Fan connection
Can I connect the fans to any of the headers on the motherboard? Are there anything I should be aware of before doing so. I am using Noctua NF-A14 PWM and will only be using fans and no water cooling.

I am asking because each of the motherboard fan headers is discribed for a certain purpose like waterpump, vrm ect. Also the water pump is set to 3A max and I am not sure it it will damage a pc fan 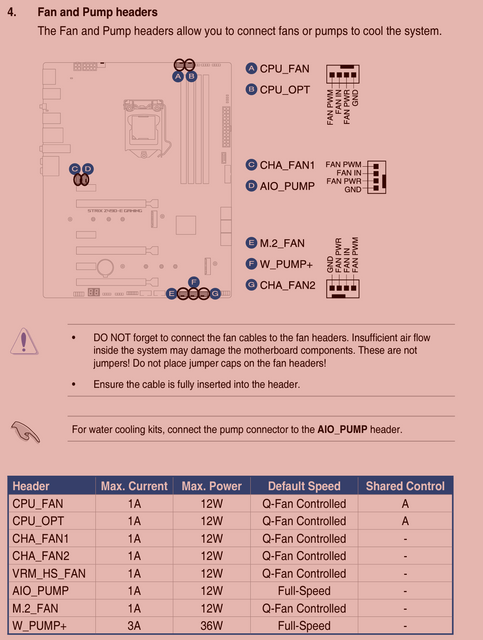 Harddrive and optical drive
This part in the manual really confused me. Especially this part: "When M2_1 is operating in SATA device, SATA6G_2 will be disabled". You can see more details in the 2 pictures below. What does this mean? That I can not use a certain SATA port when a m.2 ssd is installed?

Below is should be installed 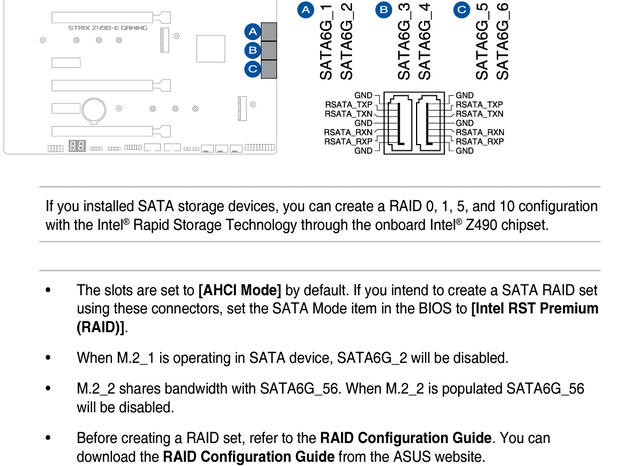 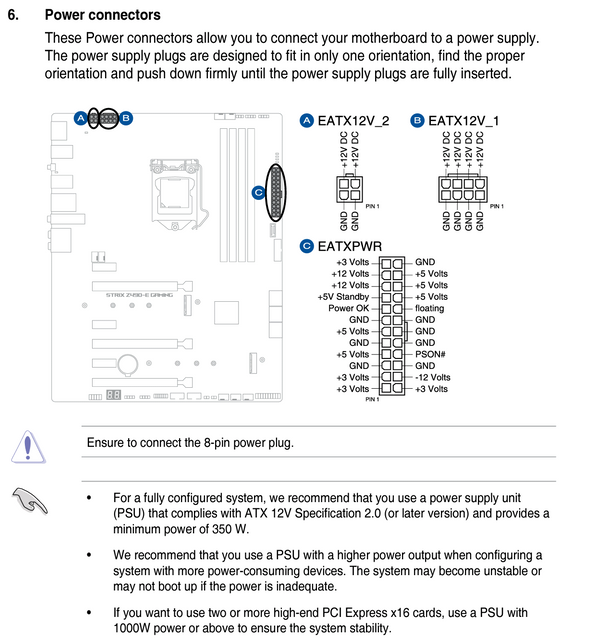 Over voltage jumper
I guess this is used when you plan to overclock your CPU. At the moment I do not plan to do so before I am more comfortable with the build. But I might in the near future. My cpu is Intel 10900K i9.

So I have 3 questions regarding this:

Themal sensor header
If I understand it correctly then it is used to monitor the temperature in the case.
My question is: Can I use my build without buying and installing a sensor? Or would you recommend I get one? 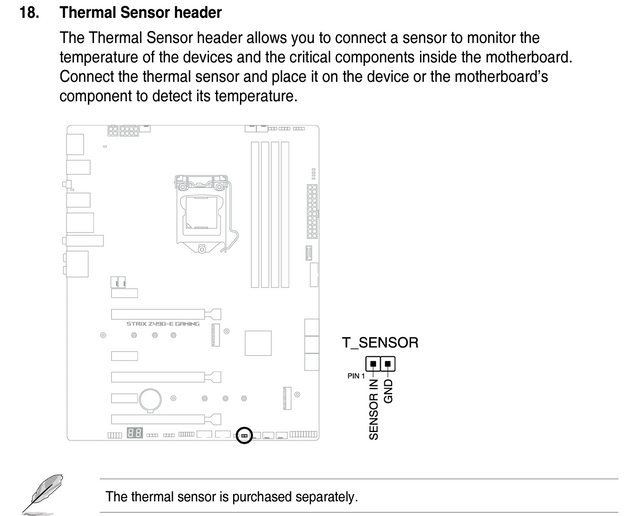 You can connect your NF-A14 fans, which are excellent by the way and the only fans I use in my personal machine, to any of the fan headers on that board except for the CPU_FAN header, which needs to be used for the CPU cooler, or the CPU_OPT, which is for a second CPU cooler fan if your heatsink has multiple fans attached. The CPU_OPT can, in some circumstances, be used for the rear exhaust fan so that it ramps up and down in harmony with the CPU cooler fan. This will be noisier, but effective for cooling if you have only a single exhaust fan installed. I don't recommend it, but it's doable in some instances where it makes sense.

Other than that, the rest of the headers are all four pin PWM that are controllable by the Q-fan control in the BIOS. There are a couple of them that are set to full speed operation by default, so you will need to reconfigure the AIO Pump and W_PUMP+ fan headers in the Q-fan control utility in the BIOS if you connect a case fan to either of those headers. Even for the rest of the headers it's a good idea to head into the Q-fan control utility in the BIOS (Recommend you switch to the advanced view in the BIOS right from the start. Might as well get to know the settings in there. The EZ mode is useless) and configure a custom fan curve and apply it to all the case fan header locations or select a preset of which there will be various options like standard, performance, silent, etc.

Also, most modern boards will allow you to also select the SOURCE for the thermal control for each fan header. Typical options are often CPU, PCH (Platform controller hub/Chipsets), system (motherboard thermal diode. Recommended for most case fans), GPU, VRM, etc. I recommend setting all case fan sources to either system/motherboard or PCH, unless you are setting the rear exhaust fan to CPU by connecting it to the CPU_OPT or want it to use the CPU thermal sensor and already have another fan on your heatsink using the CPU_OPT.

You need to understand the difference between a SATA M.2 drive and a PCI NVME M.2 drive. They both look the same and use the same slot, in most cases, but are entirely different. A SATA M.2 drive is exactly like any other 2.5" SSD, except that it is in the M.2 card form factor. An NVME M.2 drive is theoretically much faster, although that's usually only in sequential operations. Regardless, what that rule is telling you is that if you use a SATA M.2 drive in that slot, then yes, it will disable the second SATA header, but the rest of them will work just fine. For most people, you will only use the M.2 slot and one or maybe two other SATA headers anyhow.

If you use an NVME PCI M.2 drive in that slot, then based on the literature you posted it would not disable that SATA header. Likely this is what you will want to do as using a SATA M.2 drive doesn't make much sense for most people in this day and age where NVME drives are not much different in price from SATA M.2 drives anyhow.
You must log in or register to reply here.
Share:
Facebook Twitter Reddit Tumblr WhatsApp Email Link