Recently Tomshardware published a RAM benchmark article, where, as expected, the RAM speed doesn’t have much influence, in gaming, at high resolutions, but is very significant at low resolutions (1280x720 and 1920x1080), where games tend to be CPU bound.

Because the RAM is so influential at low resolutions, there comes the question: Is better to spend on RAM, CPU or GPU?

With 21 GPU, 40 CPU and 11 different memory speeds, the number of possible combinations becomes over 9000. Choosing the best investment for a given budget is difficult.

This post is speculative, extrapolating the data to different processors, and doesn’t account for many particularities of each processor, but is the best we can do without the actual benchmarks.

It is assumed that performance scales proportionality to the TH published index, for all combinations, and that all processors support DDR4 (which I didn’t checked). In addition, processors sold without cooler were not assigned a higher price (because I did not checked it, and do not know what cooler price to assign).

The size of the bubbles is proportional to TH application performance index, If a large bubble is close to the lower-right line of the chart, then is a great buy for general purposes, even if slightly not the best price-performance choice.

Also, it is assumed that all machines have 16 Gb of RAM, because 8 GB are probably too little even for the budget gamer.

Tomshardware could do a great article testing it.

This data is of interest for two types of gamers:

The TH articles on which this is based are

Memory Overclocking on Z390 Coffee Lake: What RAM Speed Do You Need?
(prices are for 16Gb=2x8) 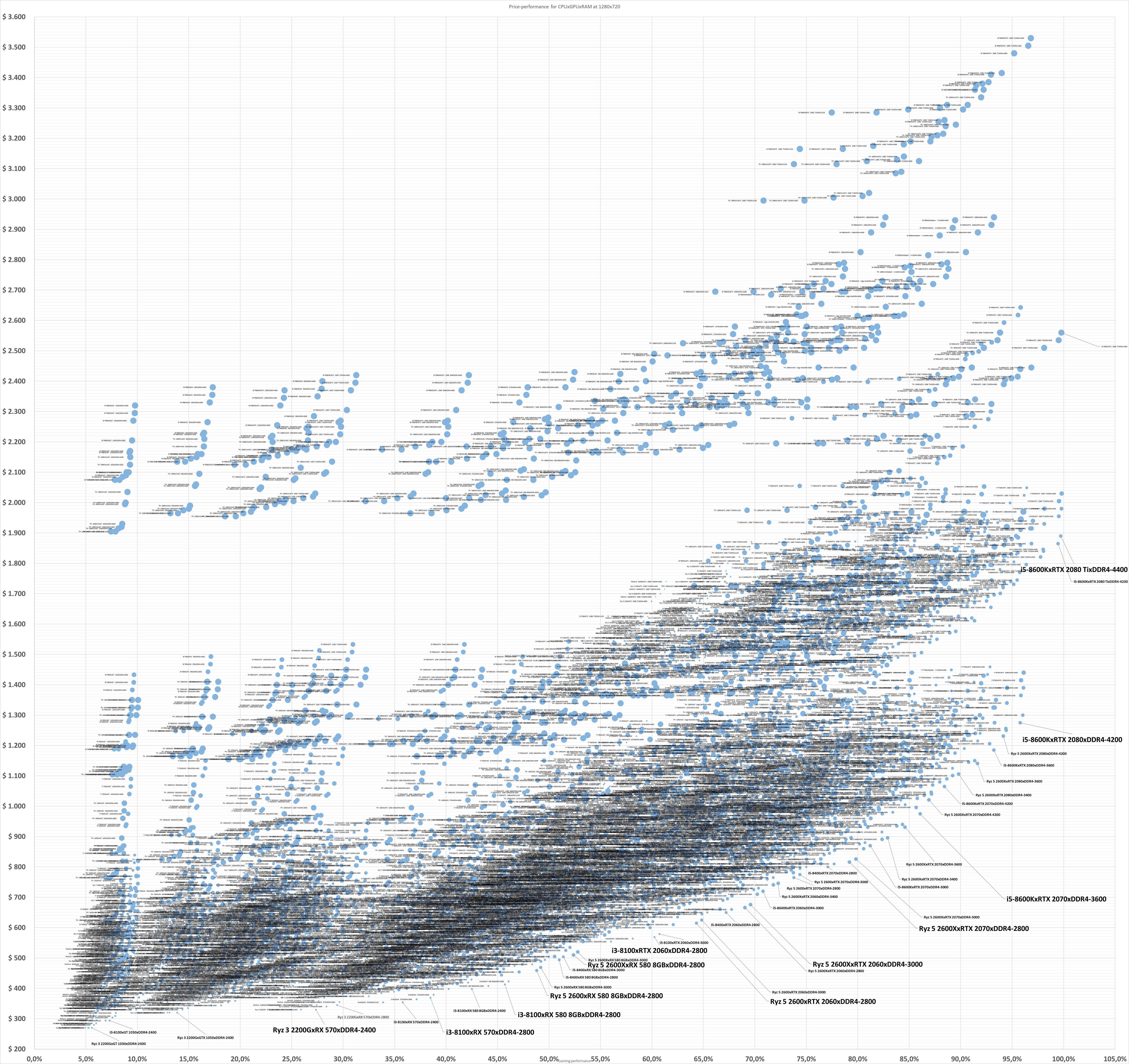 Here is a zoom to the lower left 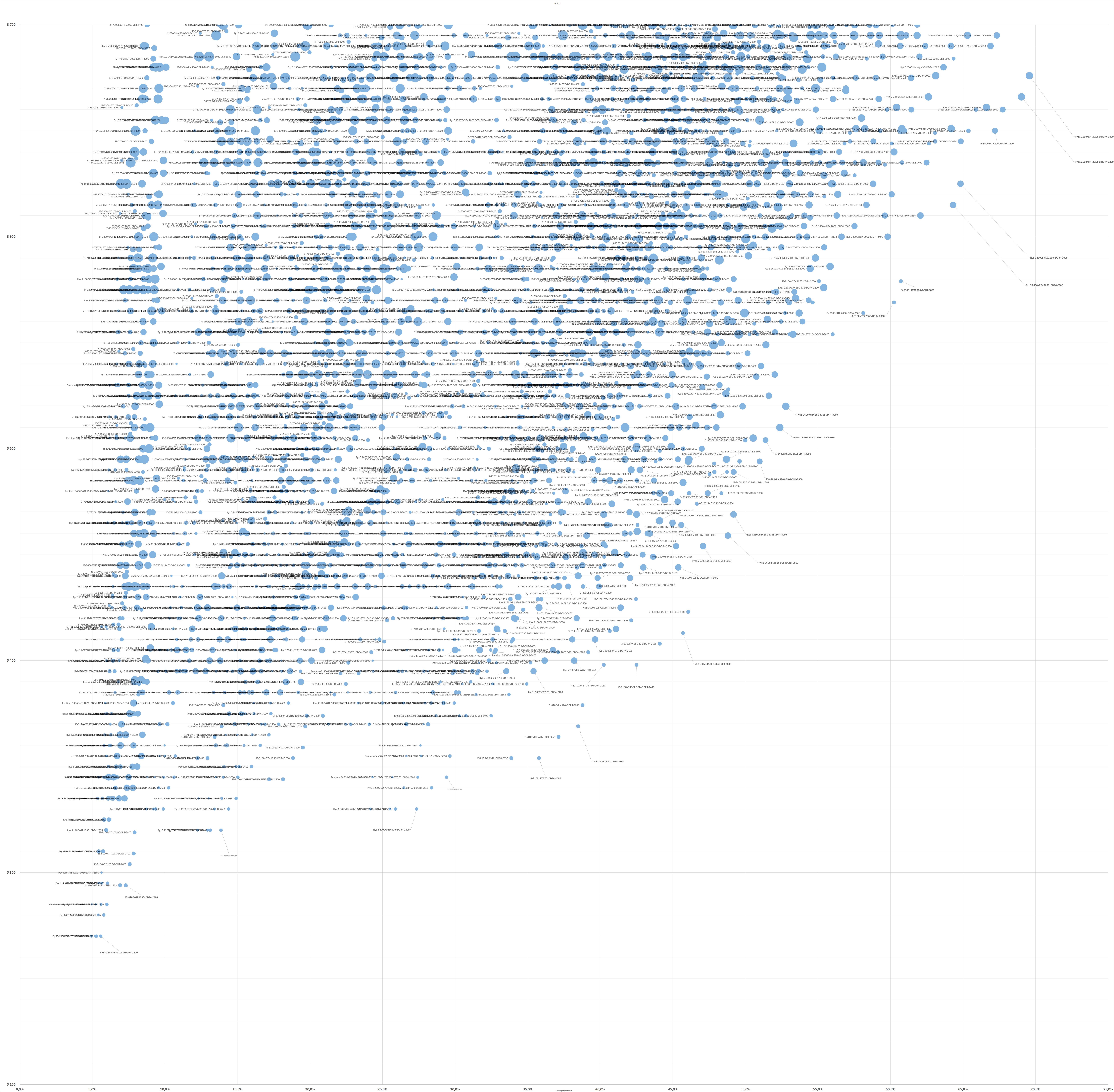 The following sweet spots are

And then we reach Ryzen 5 2600xRX 580 8GBxDDR4-2800, which is a great investment, providing at least half of the maximum achievable performance, and also good non-gaming performance.

From here, we are surely no more on the budget zone, but the competitive online player may find useful to note that, from the last point, is preferable to invest on better processor, until we get a Ryzen 5 2600XxRX 580 8GBxDDR4-2800.

Beyond it, we enter NVidia’s RTX zone, and it doesn’t makes sense to spend on memory fastest than DDR4-3000.


Here are the points without labels 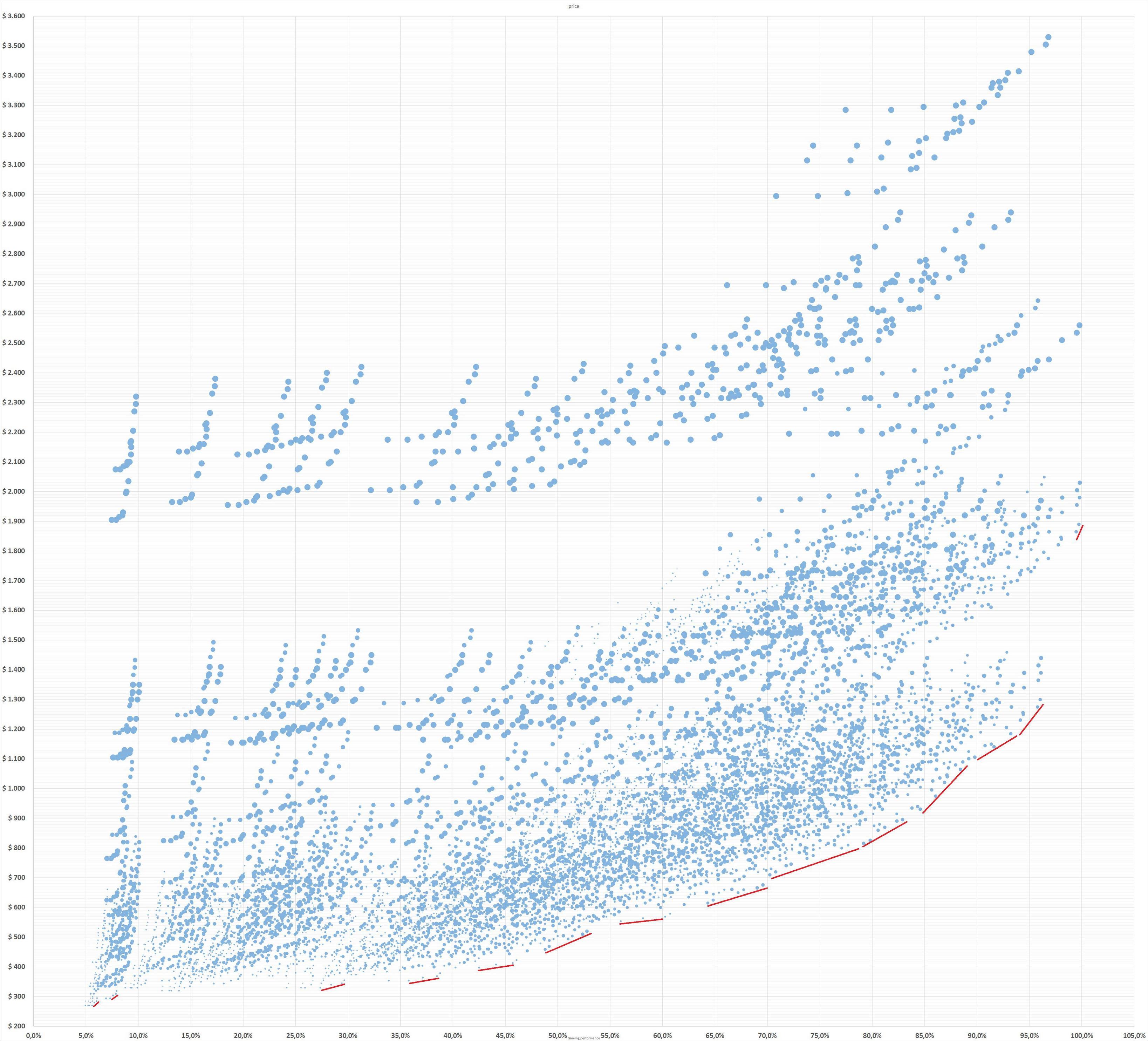 Reuploaded the images because Imgur had compressed them, turning the text illegible
0
N 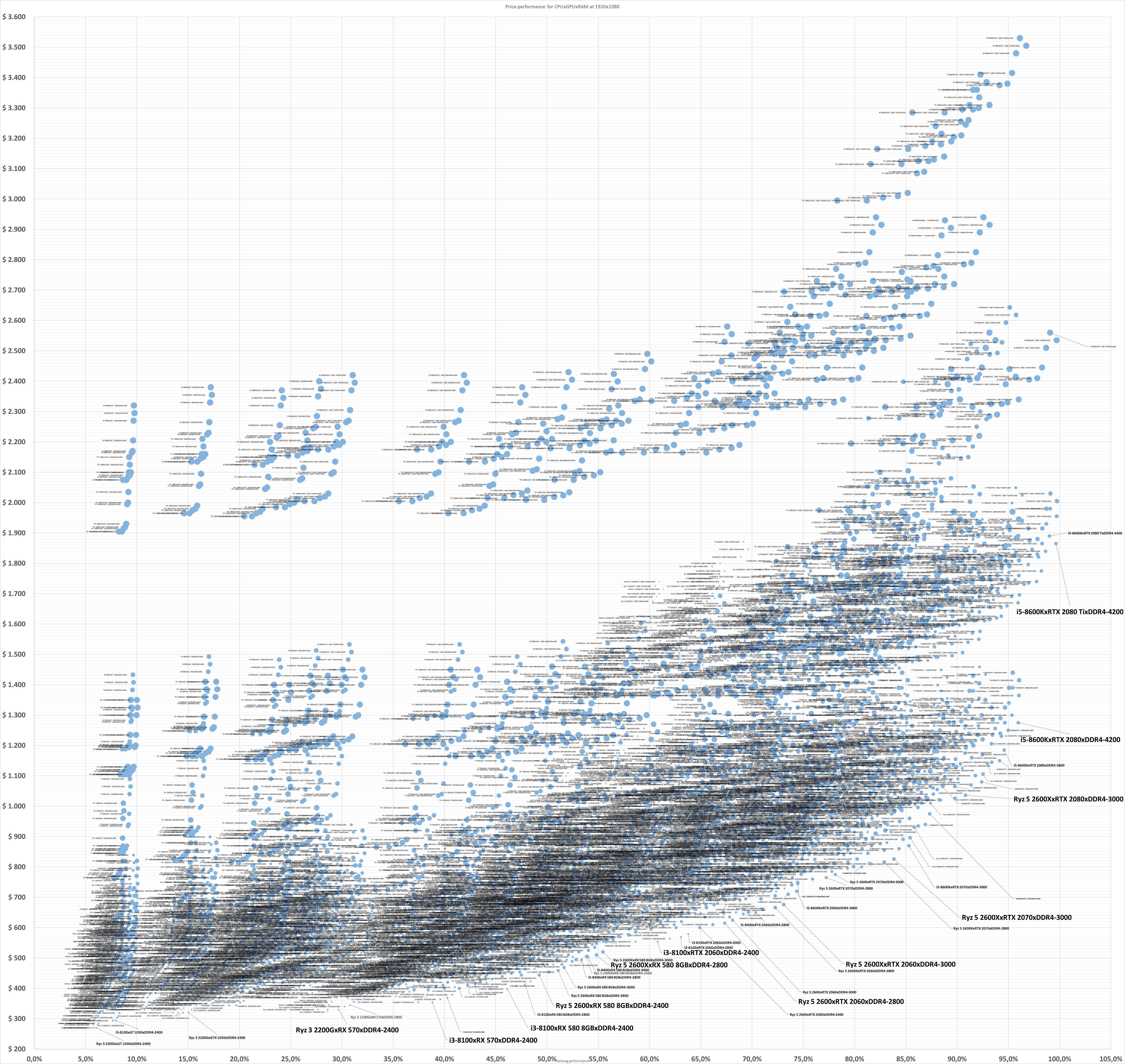 here is a zoom to the interesting part, for better visualization 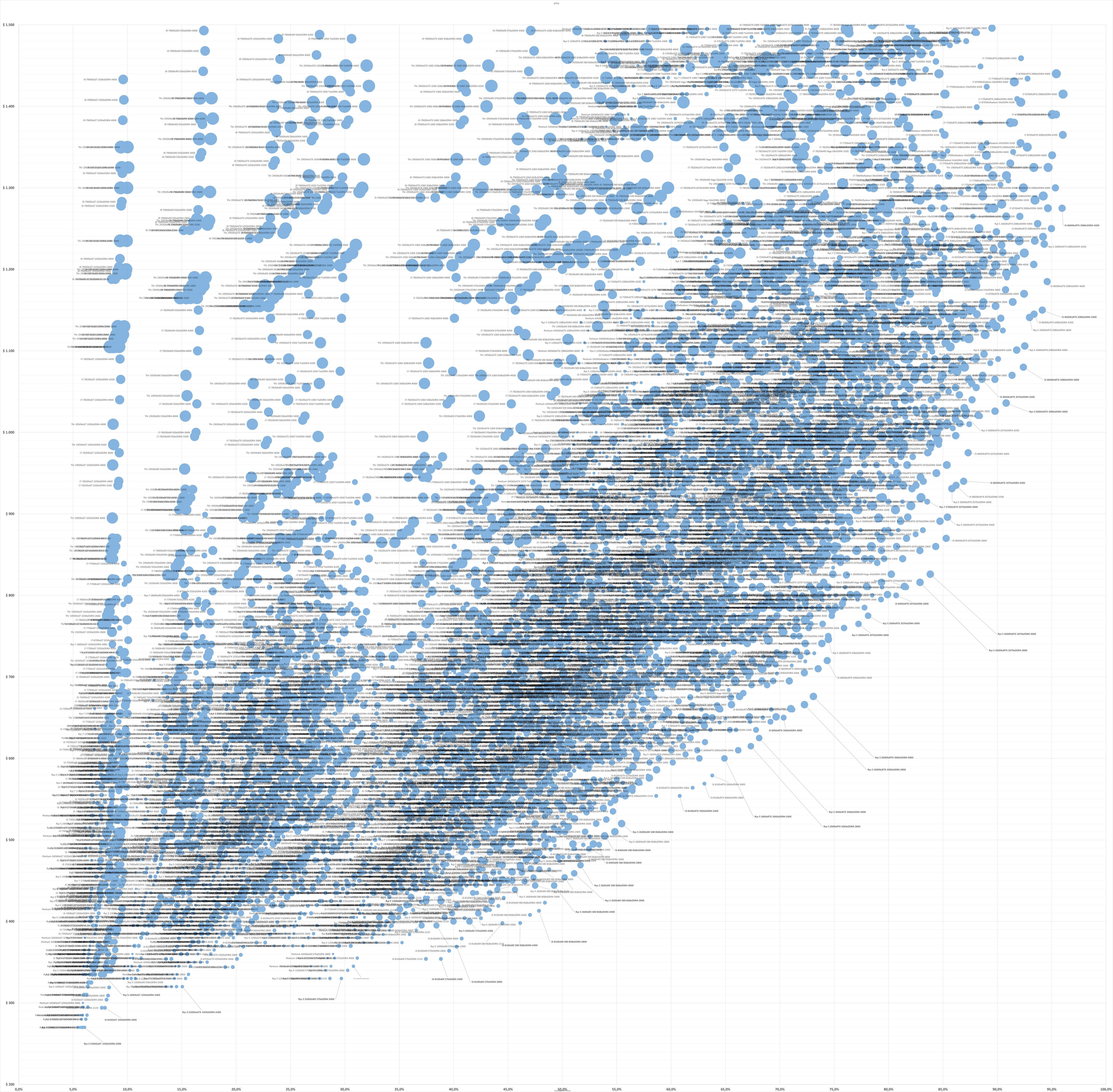