I'm just about done with a new build using a Phanteks Enthoo 719 case. Trying to figure out one last thing with my airflow.


This is the first build I'm using water cooling in. There are a total of 8 fans, 3 front, 3 top, 1 rear, 1 front bottom.
I'm going to try this airflow that goes against the norm, where the top 3 fans pull air in. I know that heat rises, but Corsair Labs did some airflow/temp tests with a case and fan setup similar to mine, and the temps were lower than with the top 3 as exhaust. Figured I'll try it out. 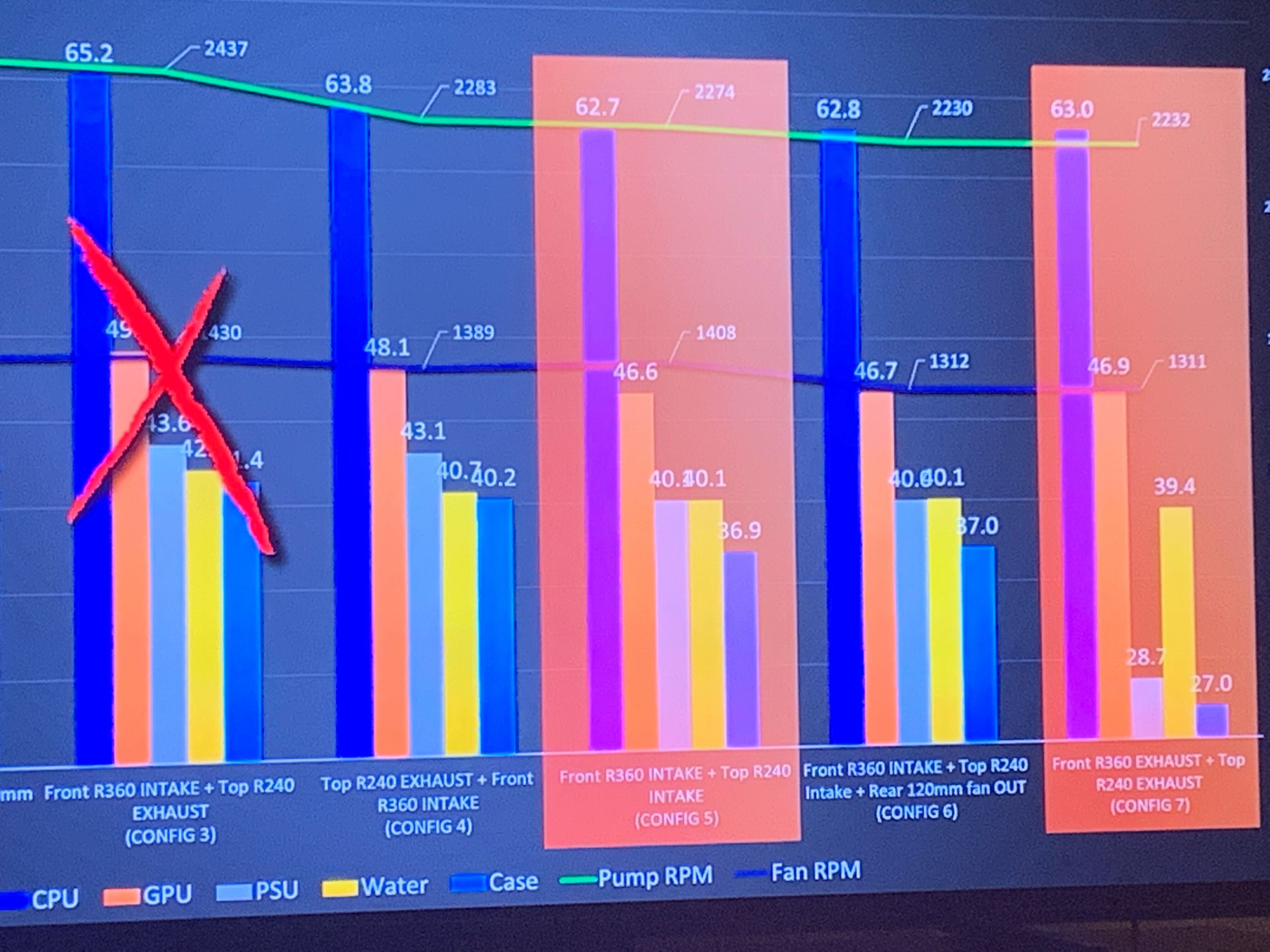 
The main thing I'm wondering about is extra venting in the case. The Enthoo 719 has a big side vent allowing you to attach up to four 120 fans, or a 480mm radiator. I'm not going to use the side fans as I want to use the SSD mounting plates instead. Going with the idea of "air will move in the path of least resistance, should I block off this side vent if I'm not using it?

I want my case to have positive air pressure. I've already blocked 2 of the bottom fan vents, and the vertical gpu mounting vent at the back cuz I was think I don't want air leaving the case too "early" in the airflow path.
The red X's in these pictures show what I've blocked off, and the "?" on the side panel meaning I'm thinking about blocking it off. 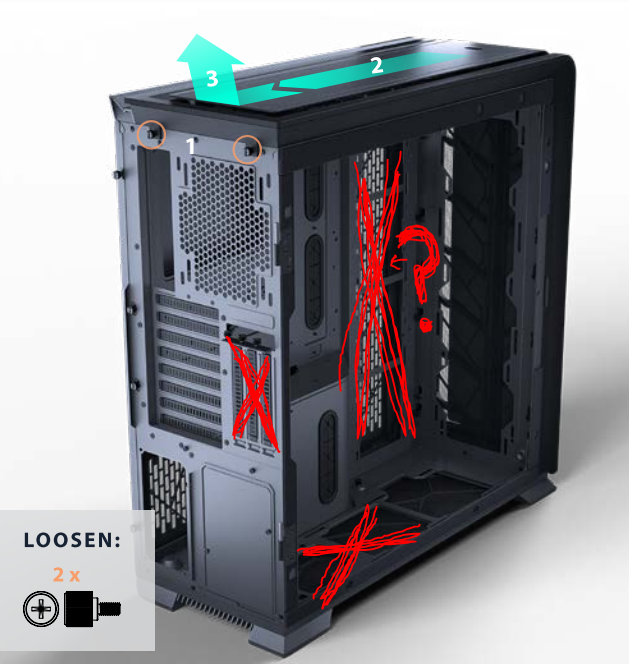 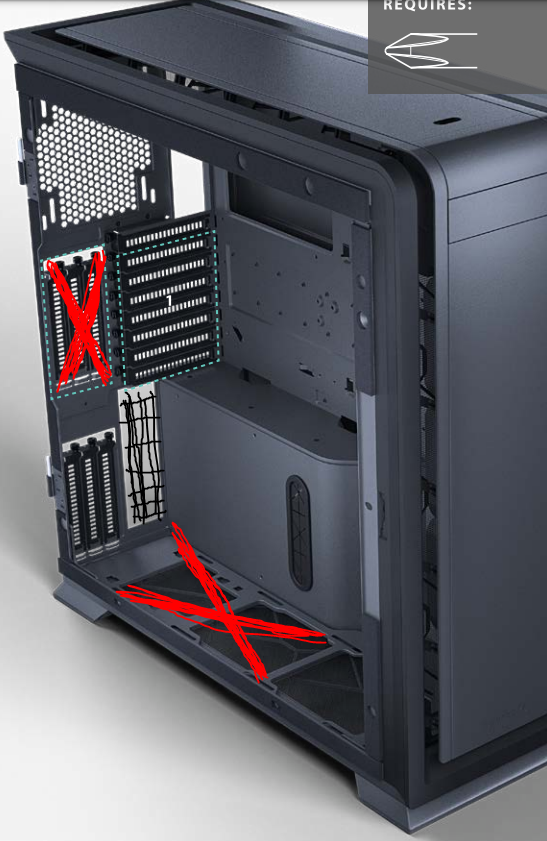 And here is my build with everything in so far. I have a 420 rad on the front and 2 X 140 rads (one top front, one bottom front). Blue being intake, red outtake and purple the areas I've blocked off. 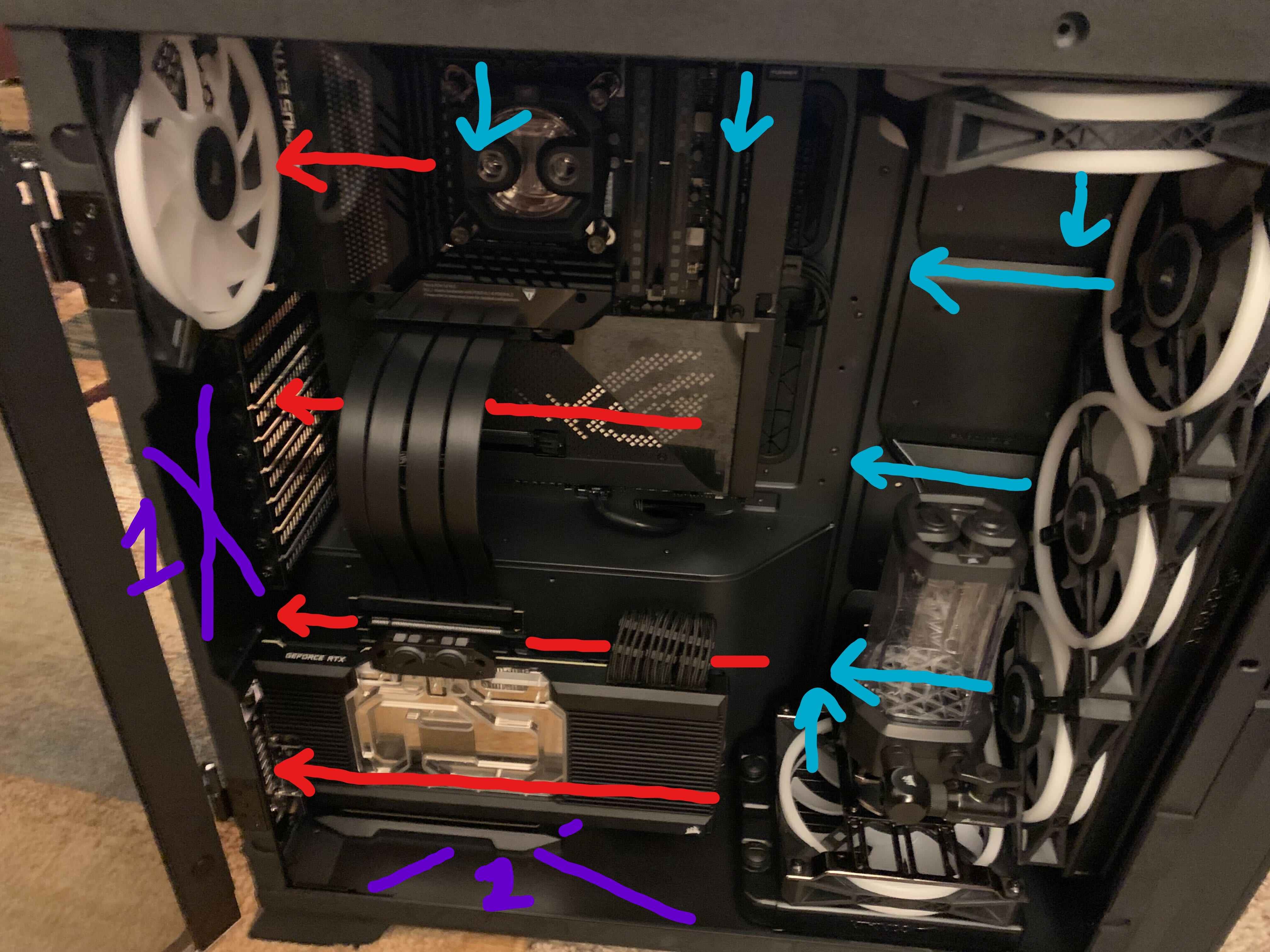 Should I keep these purple vents blocked and block the side vents too? I'm not sure if I want air escaping that close to the front through the side , and/or escaping the bottom before passing by the GPU to the back. Plus if I have vents on the bottom, I think pressure might push extra GPU heat out the bottom which would then be taken in by the bottom fan/rad.


I'd love to hear some thoughts or opinions on this

The only way to determine is through actual testing.

Try it one way, then the other.
See what happens.
0