Nephypoo said:
I switched it to DOCP, I did get a warning though, something like: Performance is usually best when memory is 1:1 Synch
Click to expand...

thats is just defalt message, but here its a link of one thread explaining this: https://forums.tomshardware.com/threads/ram-running-at-2666mhz-instead-of-3200mhz.3556550/
did u still getting BSOD?
0

why are you only running one stick of ram?

You should update BIOS to 2802, everything above that is a beta still - every bios between one you on and one I suggested improve ram compatibility so might fix problems.

I've gone several days now with no BSOD after installing the network adaptor drivers from Intel's website. It's still too early to tell if it's solved the problem (there have been occasions before where a week went by with no BSOD). I'll post back in several weeks if there is no BSOD, or the moment I get another.
0
N

After several days I ended up getting another BSOD, I guess the adaptor's driver was not the issue. I'll go ahead and try booting in Linux now to see if it's a Windows 10 issue. Is there a guide on how to get a Linux ISO to boot from a USB drive?

I'll go ahead and upload the most recent minidump just in case there's something to found in it: https://1drv.ms/u/s!AuQfX8syP_a0gh-a-tbqxLjV-ijh?e=BXQr8E
0

I ran the dump file through the debugger and got the following information: https://jsfiddle.net/xo5umak4/show This link is for anyone wanting to help. You do not have to view it. It is safe to "run the fiddle" as the page asks.


This information can be used by others to help you. Someone else will post with more information. Please wait for additional answers. Good luck.
0

I only owned one stick of RAM. I ended up getting a set of 2 8GB ram a month ago because I suspected it might be the issue, but I still was getting BSODs even with two sticks of RAM.
0
N

I just tried to boot from Linux. I flashed it to a USB drive, however I can't seem to boot from the USB drive and it doesn't show up as an option in bios. Windows does not even seem to be able to detect the flash drive now.

EDIT: I managed to get the USB to be detected in BIOS, however when I start in Linux I get a string of "No irq handler for vector" errors. I can hear sound effects like its starting up but the screen remains blank with those errors.
Last edited: Jan 28, 2021
0
J

What did you use to install Linux on the thumb drive?
[/QUOTE]
I used a program called balenaEtcher
0
J

Just tried out Rufus, When I boot from the USB I get to a blank menu that says the following:

"Minimal BASH-like line editing is supported. For the first word, TAB lists possible command completions. Anywhere else TAB lists possible device or file completions." It looks like there is a command line prompt after of some kind. Doing some quick research I put in "exit" but it just boots up Windows 10 after that.
0
J

You are going to be better off by getting an RW-DVD, that way you can try multi Linux distros, if the need arises. Follow my previous instructions.
0
N

Johnwmel said:
You are going to be better off by getting an RW-DVD, that way you can try multi Linux distros, if the need arises. Follow my previous instructions.
Click to expand...

My PC doesnt have a CD drive, I guess I'll go buy an external USB one when I get the chance and some dvds.
0
J

Have you uncabled your drives, just to make sure your don't make a mistake & wreck your W10 install.

Johnwmel said:
Have you uncabled your drives, just to make sure your don't make a mistake & wreck your W10 install.

How to install linux using rufus
https://bit.ly/3cfZef8
Click to expand...

Yeah, I got Rufus to unpack Linux on the USB. I can look at the USB drive and I see a bunch of Ubuntu related files on it. The USB shows up as a bootable option in BIOS too. I set the USB to boot but then I get this screen: 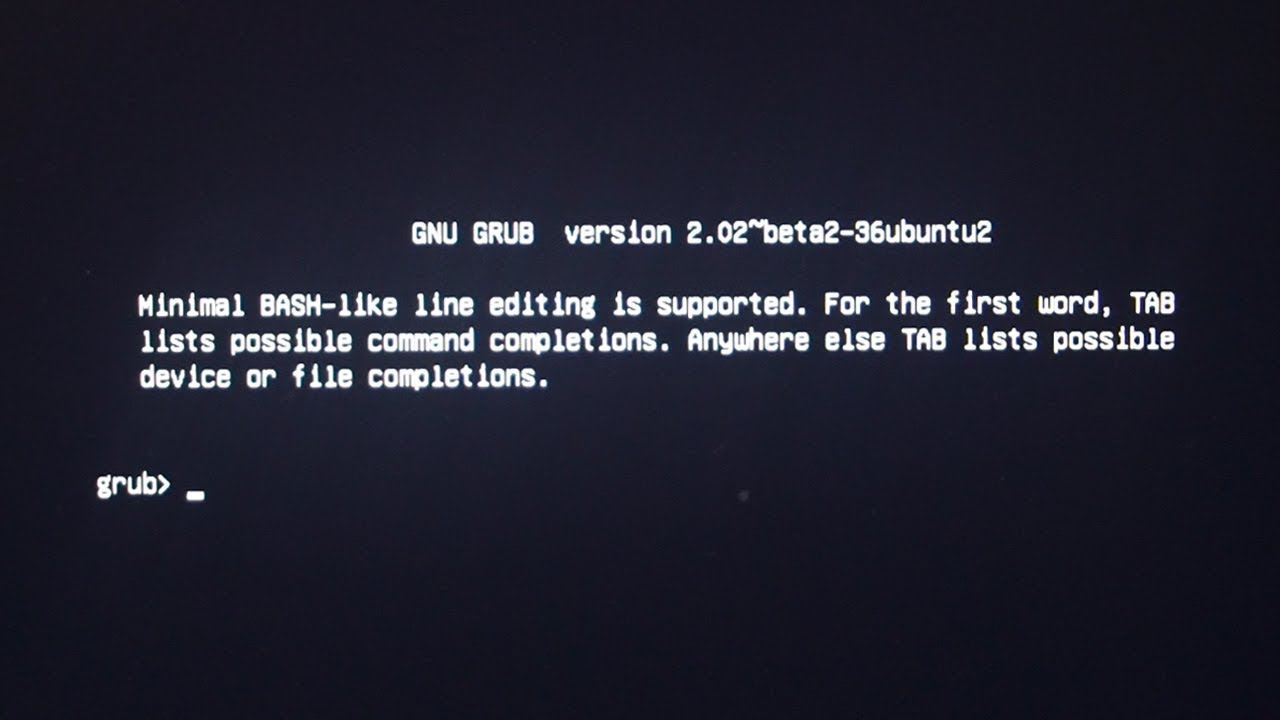 How to Fix Minimal BASH Like Line Editing is Supported GRUB Error In Linux? - GeeksforGeeks

This is the easiest way to fix minimal BASH like line editing is supported Grub error in Ubuntu based Linux systems.

How to Fix Minimal BASH Like Line Editing is Supported GRUB Error In Linux? - GeeksforGeeks

This is the easiest way to fix minimal BASH like line editing is supported Grub error in Ubuntu based Linux systems.

I found an external CD drive and some old RWDVDs. I boot up but get an error "Invalid Magic Number, you need to load the kernel first."
0
J

I would try a different distro on the DVD, go back to my previous post & try that one.
0
N

I would try a different distro on the DVD, go back to my previous post & try that one.
Click to expand...

I did use the distro you linked to, Linux Lite 5.0 . Is there a different one you would recommend or should I just try the latest version of Linux Mint?
0

If linux boots and works just fine, what would it eliminate as a possibility?
0
J

Also, if you are making a installer flashdrive from any linux .iso on rufus:
1. make sure that you set the boot section to FreeDOS then click the button next to it marked select(not the drop down arrow bit)
2.File system is FAT32
3.cluster size is default
You must log in or register to reply here.
Share:
Facebook Twitter Reddit Tumblr WhatsApp Email Link