Hello,
As the display of a Asus G502VM computer presented signs of a breakage, I replaced the LCD, then the video cable. When everything is connected, the backlight of the screen does not light up. When looking carefully on the screen, I can see that the windows desktop is displayed as a faint image because of the switched off backlight . (using the computer with an external HDMI screen confirms that the computer and video card are OK).

I notices, near the LCD connector on the motherboard, that a small component is missing. Seems that a fuse has exploded or so. But I'm not sure about what the missing component is and I would like to replace it. The nearby component is a fuse (a working one, as tested at zero ohm). Here is an image of the involved area on my motherboard: 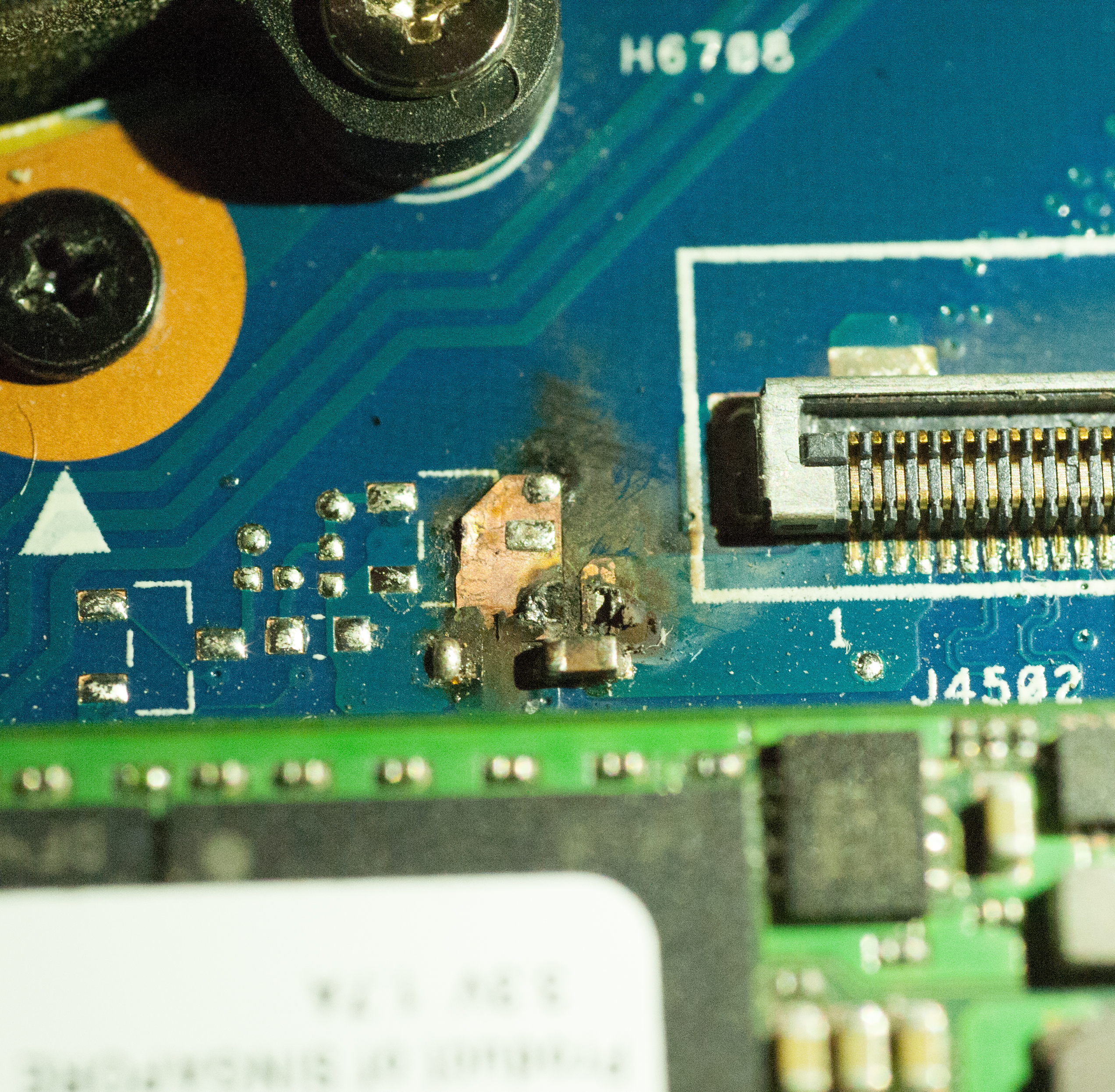 I found this image below on an asus forum, which shows that the missing component on my motherboard is very similar to the nearby one. 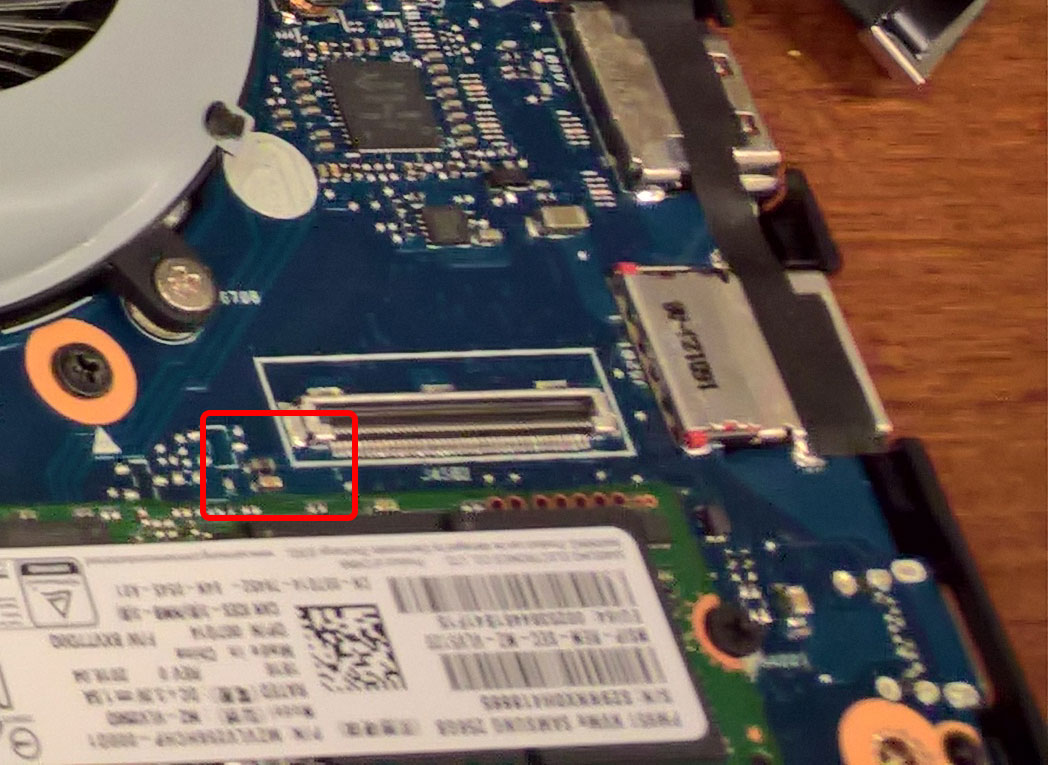 Do you have an idea if this component is a fuse? Where can I find a similar component to replace it? Thanks for your help!
0

You need the MB, not the component for replacement, because it looks like you got burned wires in that area too.
0
T

cin19 said:
You need the MB, not the component for replacement, because it looks like you got burned wires in that area too.
Click to expand...

I know but I would like to try, that gives one (small) chance to salvage the MB. Such a component is a question of cents, a MB of 200 or 300 dollars! Thanks for your answer
0

The problem is not the replacement of that cooked component (this is hard)...what caused it to do that?