Question Can I increase the dedicated amount of vram my graphics card has access to?

I have recently noticed that when I go into my nvidia control center, it shows I have 14 gigs of available vram but only 6 of it is dedicated. I have watched videos scoured forums and been confused every step of the way.

Half of the guides or videos I have seen has said that if I go to my bios I should have settings to decide my dedicated vram value, I am using a B450 MB with latest version, but when I go there none of the settings other people see are there. And the other half are saying I can’t increase my vram. So overall I’m confused and when I tried to look up why my settings weren’t showing, I tried a bunch of keywords but I only got ways to get the bios to notice an onboard card which I just learned existed today.
0

Short answer: No, not without buying a new GPU
Slightly longer answer... 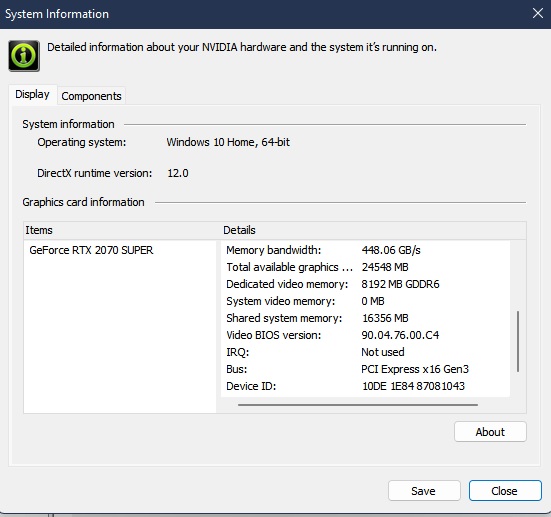 VRAM is the dedicated ram on the GPU, that 6gb is on the 2060, you can't add more.
https://www.techpowerup.com/gpu-specs/geforce-rtx-2060.c3310
the shared amount is ram, and I think its set to half your ram as max

I don't think you can increase vram. Without buying a new GPU.

i could be wrong but i think most of the guides are for the integrated GPU on CPU, since they use ram... they don't have their own.

what shows in DXDiag? 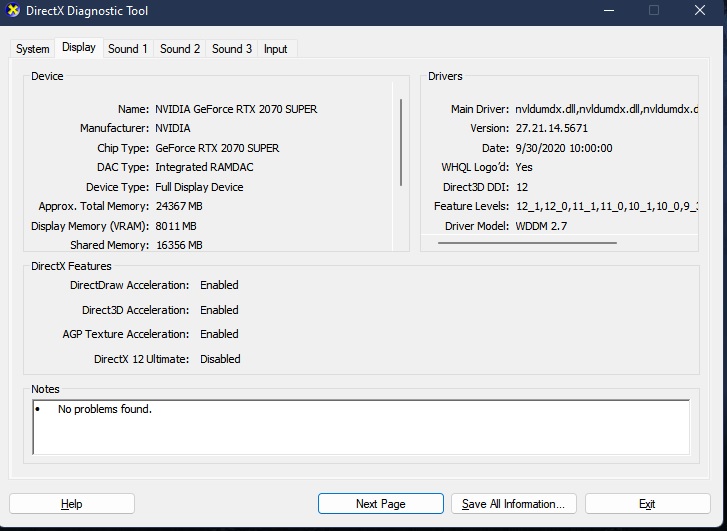 They probably found settings for the igpu, depending what CPU you have they may not work. Not all CPU have igpu anymore. And that won't give you more ram for the GPU. It only applies if you using the display outs on the motherboard, not GPU.

not all bios are the same, the people could also be on laptops which generally share ram more.

The graphical abilities of most igpu aren't equal to a GPU so I would use the 2060 over the igpu in most cases.

Ahh ok thanks you, I was so confused and just unsure if I was missing something or what. I have a Ryzon 5 3600Xt and 16 gigs of 3200mhz ram. If I buy more ram will it give my gpu more wiggle room or do I need a new gpu? Right now I am trying to run star citizen and that has been what brought me to all this trouble shooting as I can only run that game on 20 fps.
0

more ram just gives it more shared. Whether GPU actually uses it is another thing.

that and the vram on GPU is faster than ram on motherboard and if GPU needs to use ram, you will notice.

So you probably want a new GPU to counter act that.

3600XT doesn't have igpu cores so any features on your board wouldn't work anyway. I have same CPU.

star citizen wants way more than 16gb of ram, before you even try to share ram with gpu. You probably want 32gb of ram or more to play it, I know one person using 64gb. Game will eat ram, so GPU biting into that pool would be noticed.
0

those recommended system specs are a bit low. Who are they kidding = https://support.robertsspaceindustries.com/hc/en-us/articles/360042417374-Star-Citizen-Minimum-System-Requirements

it wouldn't be a fun time on recommended

So you probably want to buy a new set of 32gb as trying to just add 16gb more to Ryzen can lead to errors you didn't already have. So buy 1 set of 32gb and it should work fine.