Question Can someone tell me if there's something wrong 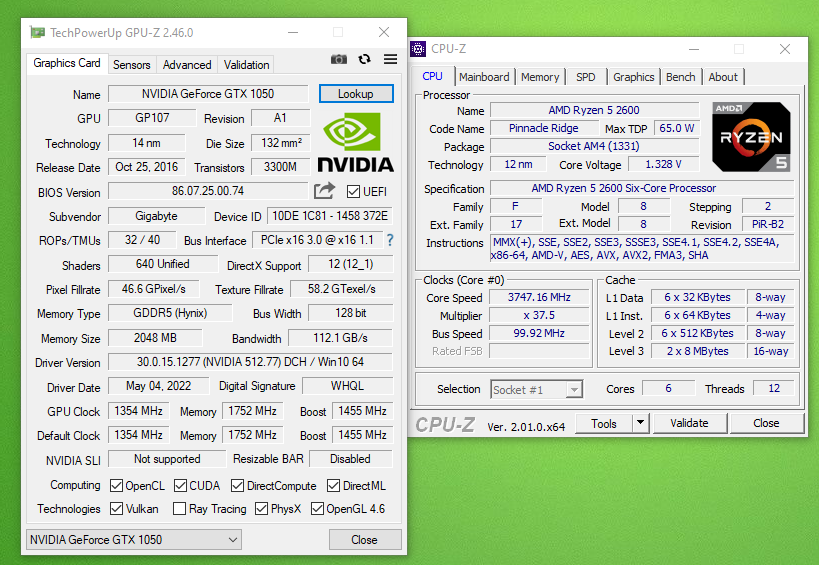 These programs primarily just give us the specs of your components.
Is there some reason you believe something might be wrong?
0

i'm having some stutters in a lot of games, and i really don't know where the problem is, i have tried almost everything for now. After i changed some components because of damages that happened, the CPU (it was an amd a8 9600) , MOBO (don't remember sorry) , RAM ( 8gb ddr3 1600ghz) and SSD (also don't remember, but it was these that are gray and have a logo who look's like a "man", the actual is a type of chip and is connected directly on the MOBO), it started to happen, and after that i never know where the stutter's coming from, so i just wanted to know if there's something wrong with these configs. Also, after i changed almost the entire setup, my pc started to have screen tearing too, and when i turn Vsync off the fps starts to be inconsistent and really unstable. All of these things never happened before. the only components from my pc that i didn't change are the GPU and the HDD... (also, english is not my native language, sorry if there's some errors)
0

A single stick of RAM is hurting performance.
0

If you changed cpu and mobo, you need to do a fresh, full install of Windows
0

I've already tried to reinstall windows, a lot of times...
0

drivinfast247 said:
A single stick of RAM is hurting performance.
Click to expand...

can you explain it better for me? I have saw in a lot of places that 8gb would be fine for playing games
0

the stutters and everything else continues
0

GSTva4 said:
the stutters and everything else continues
Click to expand...

So a full wipe and reinstall?
With only ONE drive connected?
0

It's not the size. 8Gb is fine. Ryzens are just a little picky about ram. Reason being is the cpu and ram work hand in hand, the faster the ram the faster the cpu. 1 stick of ram is serial feed, so all info transmitted is done so 1 bit of data following another. 2 sticks of ram is done in sync, first one stick, then the other, so speed of transmission is @ 1.5x faster than a single stick.

Think like a boxer throwing a jab with one hand. Has to wind up, swing, hit, pull back, swing, hit......
Now think using 2 hands, as 1 is pulling back, the other is already swinging. Hits are faster overall, even if the individual swings are just as fast as done by a single. Ram works the same way, as one set of data is transmitted, another is being prepared and ships out before the first is received.

Of course being Amd, that means the Primary slot for you is A2. The faster the cpu gets the data, faster it can work on it, but that speed is also set by ram speed, the Fclock internal timing is the same as your rams data rate.
Reactions: KyaraM
You must log in or register to reply here.
Share:
Facebook Twitter Reddit Tumblr WhatsApp Email Link