Question Can the heat of the CPU ruin a USB header cable if I place the cable directly under the CPU cooler?

I have a USB-C/3.1 Gen 2 header cable running straight down from the top of the case to the USB 3.1 Gen 1 adapter and it goes under the CPU cooler. 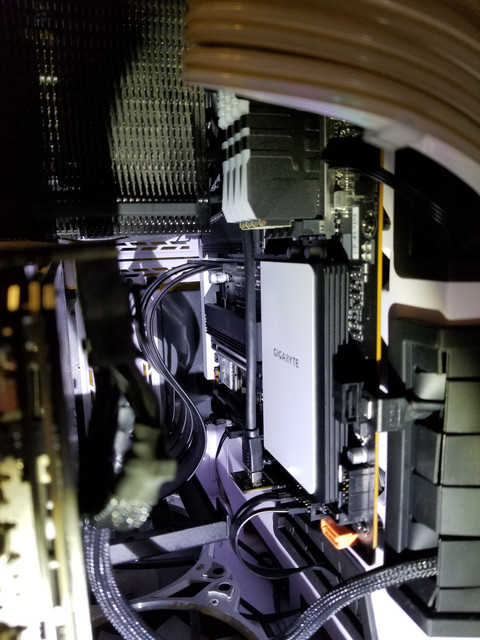 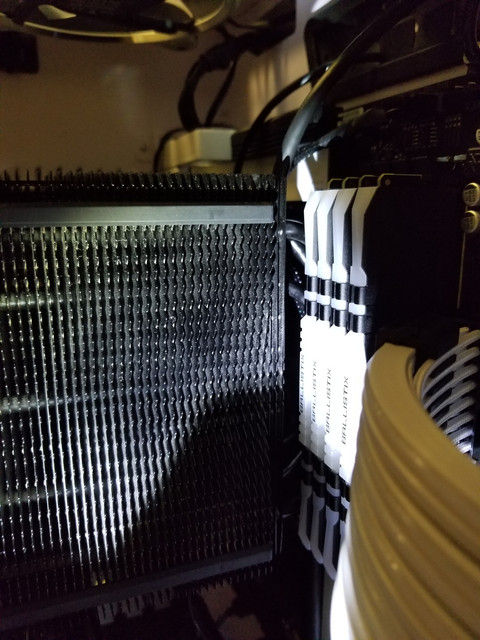 Heatpipes can get very hot. I wouldn't put any cables near them.

Route your USB cable from behind the motherboard or get USB cable extension.
0
D

Linerax said:
I have a USB-C/3.1 Gen 2 header cable running straight down from the top of the case to the USB 3.1 Gen 1 adapter and it goes under the CPU cooler.

If it's built to UL and, I have to imagine any other world safety standards, it has to use insulation that will withstand contact with whatever hot surfaces are present inside the case. So short of catastrophic failure or incredibly off-standard and cheap wiring, it simply won't melt in the short term.

I'm not sure what CPU you have, but the highest temps on the CPU die will probably be about 95C since that's Tjmax for most modern CPU's. So with that in mind, everything after that has to be increasing lower in temperature. I'd not expect the temp's on the heatpipes or in the space under them to much exceed 50-60C and that only during extreme heavy use (stress testing) and not normal use. That's proven to be the case with my systems as I have measured areas around the CPU.

Electrical hookup wire used inside of closed spaces (such as that in a computer case) is usually constructed with insulation that can withstand 90C or above for around 10 years or so. But it's variable and yours could be super cheap Chinese wiring so let's say it's good for 10 years at 80C at which point it will be likely to crack if you try bending the wire too far, exposing bare conductors. Even at that highly unlikely temperature I'd still say you're perfectly safe for a normal service life which is about 5 years for modern computing equipment.