Just Cause 2 is a open world sandbox game developed by Avalanche Studios and it was released back in March 2010. That's a long time ago. It is a sequel to the 2006 title, Just Cause, by the same developers. It significantly improves upon the first game by providing in a ton of new gameplay features.
Now with the arrival of the sequel Just Cause 3, maybe this may be a good time to delve into this 5 year old game.
For those who have never played this game before, hopefully this review might catch your interest.

Since this game is 5 years old as of right now, the graphics do look a bit dated. Character models look dated now, as it would. The environments however, look fantastic. The game is very colorful and pleasing to look at. The game however, does present some really bad film grain effect, in my opinion, during the cut-scenes. The water looks good and colorful as well.
The game has full day and night cycles and has rain that causes Rico's and other NPCs clothes to get wet and all.
Other than that, the game looks great, even now and it probably won't turn any of you off from playing this game. 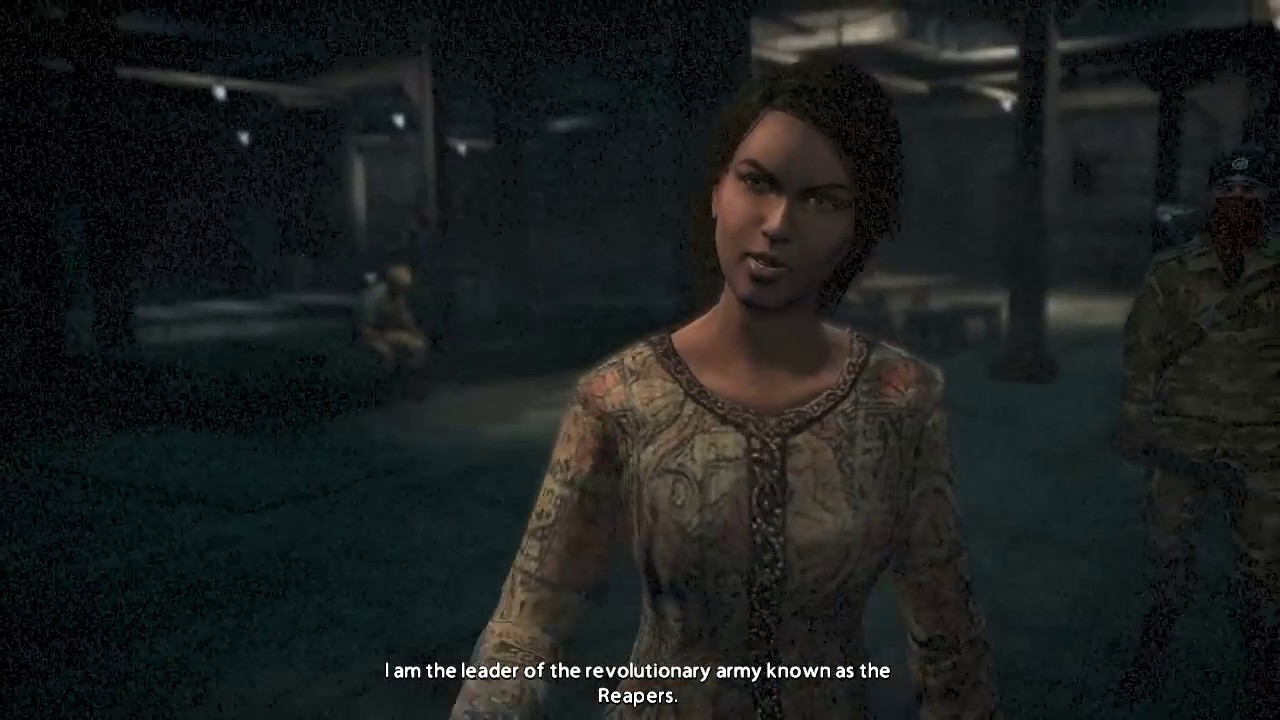 When talking about sounds, what comes to mind immediately for me in this game is the voice acting. They are bad. Like, really bad. But they are funny, even if they aren't intentional (I think....). Some of them make you downright laugh, even if it's supposed to be serious. A main NPC character, Bolo Santosi comes to mind. Her voice acting is terrible. Here, I'll link a video for anyone interested.

Voice acting of any major character in this game is bad. But they form an integral part of this game, as weird as that sounds, lol. To me at least....

The sounds of guns are satisfying. Each sound different from the other. The soundtracks feels okay but nothing phenomenal. They don't stand out like the action involved in this game. The vehicles too, sound okay.

Well, here it is, the main part of the game. Just Cause 2 has to be one of the most ridiculously fun games I've ever played.

You are placed in the city of Panau, a large open world with different terrains and locations. Mostly feels coastal, but there are cities with huge buildings and snow capped mountains in the distances that you can visit for pure exploration basis or for missions. In fact, the starting mission is at a snow covered military base.

In Just Cause 2, you can walk around, drive cars, boats, motorbikes, helicopters and planes. You can do missions at your own leisure. There are main missions that progresses story that need to be unlocked by doing missions for three factions that are in this game. The missions feel repetitive most of the time, and each faction mission seems to have the same
opening cut scene. You reach the spot indicated on the map for the mission to begin, the faction leader arrives in a car, briefs you about the mission and gives you the required equipment, if needed. The missions aren't all that interesting. Some of them are, but those are the main story missions. There are a few good faction missions as well, but the story isn't the strongest feature of this game.

Just Cause 2 gives you a new, fairly unseen gadget in a video game. A grappling hook like device on Rico's arm. Rico can use this device to pull himself onto objects in the surrounding areas, if they are close enough. He can hijack any vehicle with ease using this device and with style as well. He can attach it to a soldier and to a surrounding object like another soldier, or a running vehicle or a propane tank. You can only use one grapple rope at a time, which can be a bit disappointing. But fear not, a mod is out there that allows for infinite ropes that can be used. Then again, there are several mods that enhance replay-ability in this game.

Rico can perform some stunts too. He can get on top of a moving vehicle, be it a car or a plane, and just grapple onto another car to hijack or use the parachute to push himself upwards.

Just Cause 2 uses Chaos points. These points can be received by, obviously, causing chaos. You can destroy large fuel tanks, military equipment, satellites, network towers etc, for chaos points. These are essential for unlocking more missions. The more havoc you cause, the better. It's the way it's meant to be played.

The game allows for dual wielding of weapons too. You can equip upto 3 weapons on yourself. One two handed weapon like a rocket launcher and two one handed weapons like a pistol or sub-machine gun. Rico can also pick up large mini-guns that are available mostly at the military bases. They provide with infinite ammo and no heat penalty, like other games. They restrict your character's movement, however. Rico can also use grenades and C4s.

The health system is like any modern game. It regenerates if it goes down too low, upto nearly half of Rico's health bar. But the rest needs to be taken in the form of medkits. The driving of vehicles is something I feel as being a mixed bag. The road vehicles seem very wooden and stiff to drive. Then again, I was playing on the keyboard, so the controller may feel different, though I doubt it'll make much difference.The water vehicles feel okay, better than the road vehicles. The planes feel a bit stiff, like there's no turbulence on them at all, but I shouldn't really expect that much from this game. It feels good though. They're probably the best way to get from point A to point B in this game.

Rico is also given a beacon like device that allows him to call in an accomplice who arrives in a helicopter. He acts as a fast travel means as well as a black-market dealer. Rico can buy weapons and special vehicles and upgrade them as he likes, with money.

Apart form that, there are many easter eggs in this game scattered across the whole map.

I think I've covered most about gameplay. Let's now go to... 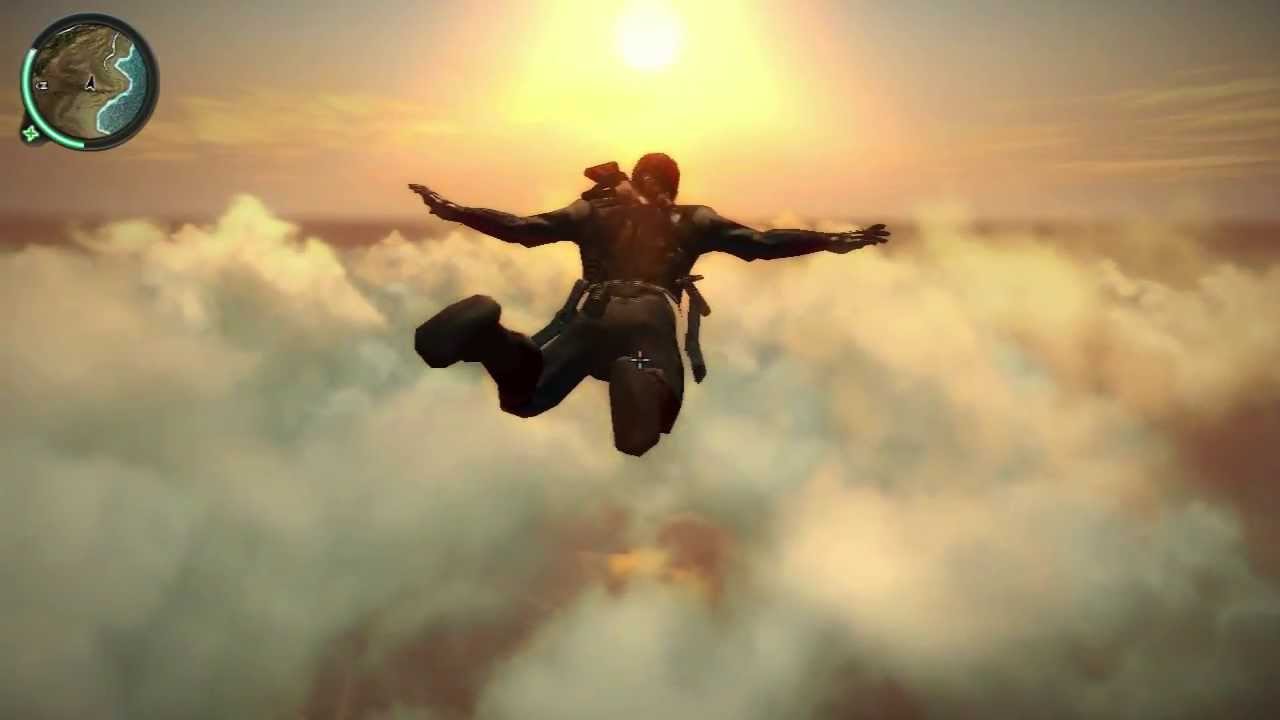 Just Cause 2 is a game of good replay value. Mods definitely help in this a lot. Several mods for Rico's skin, clothes, weapons and gameplay are available. One of my favorites is the Superman Flying mod, which actually inspired the devs to introduce the new wingsuit mechanic for Just Cause 3. It allows Rico to fly. Yes, fly. No there's no limit. Then there are lot of other
scripts and such. Also, another great mod is the increase in range for the grappling hook. Another one is for the use of multiple, basically infinite grappling hook ropes.

You'll get a good 15 hours or so on the main story itself.
I'll leave a link to the mods in this game if anyone is interested in trying them out.

They're easy to install too, don't worry.

Cons-
-Driving
-Voice acting (Although I'm not sure it's really a con...but oh well)

Just Cause 2 is a great game, filled with action that makes you want to play it a lot!

I love this game so much. It's my only steam game that has more hours played than Skyrim or Civilization. I'm at 300+ hours.

Yes the voice acting is terrible and perhaps racially insensitive, and yes the story is not likely to win a prize, but it is just so darn fun. I can jump on at any time for 5 minutes or 5 hours and grapple, shoot, explode, fly, and just have fun.

The multiplayer add-on is great fun as well. So many explosions

Just Cause 2 has me so stoked about Just Cause 3 that I will be building an entire new rig to make sure I can turn on all the bells and whistles and hit a million fps while I jump from a stolen car to an attack helicopter then grapple onto a passing plane and fly through a statue eject and reign destruction from my mighty parachute (OMG OMG 3 has a wing suit!!!). Mwahahahah!!!!!

I'm even considering the special collector edition with the 15" grappling hook replica...

Lol, yeah. Thanks for reading the review.
I'm pumped about Just Cause 3 as well. I'm sure people will mod out the wing suit like how the parachute got modded out for the superman flying mod. But the wing suit looks really good, and believable way of flying. And the fact that the devs are giving you unlimited C4s right from the start, is definitely saying something. And the new tension mechanic in the grapple ropes look cool too.
You must log in or register to reply here.
Share:
Facebook Twitter Reddit Tumblr WhatsApp Email Link