Noticed that the processor of the old laptop I had lying around had a socket which i assume means that I can upgrade the processor in it. I was planning to utilize that old laptop as a replacement for the other laptop I have acting as a pfsense box at home so that my brother can still use the more capable laptop running a Core i5 6200U and a working battery for college.

The laptop in question currently has a Core2Duo T8100 (Socket P) and was wondering if a Core2Quad upgrade is possible. 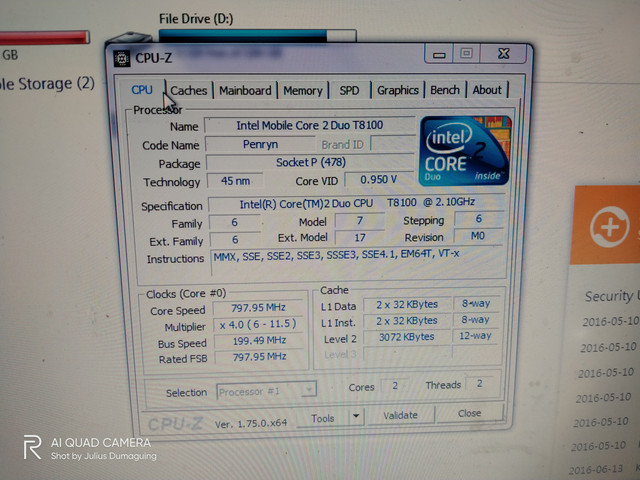 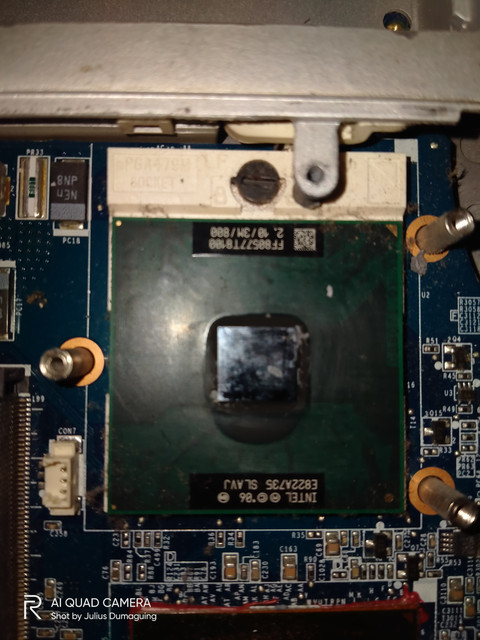 Kinda confusing though, I just found out that there are multiple revisions of the Socket 479 and turns out the last revision is Socket P which my laptop has. Found a similar thread here https://forums.tomshardware.com/threads/compatible-intel-processors.1436475/ .
0

It's not socket P.
Socket P is different.

Socket P is 478MN
Your Socket is 479M which as far as I can read is identical physically identical to Socket 478A with support for Penryn/Penryn-3M CPU's hence why it has a Core 2 Duo T8100 in it.
And while yes, the T8100 is designed for Socket P, your socket isn't actually a socket P as far as I can tell, but rather a different variant of the socket 478A.

However, I cannot quite determine the exact limits of the exact socket in your system, since they were not all made the same.

But if we go by just the fact that the T8100 itself was specifically made to be used on the Santa Rosa refresh, then we can only hope that you would also be able to run another CPU made for that refresh.

The CPU's for Santa Rosa refresh platform consist of the following:

These CPU's are listed as both Socket P, and FCBGA6

However, the exact version of Socket P or FCBGA6 is Santa Rosa Refresh, which is a bit different.

Along with the information I can find, the socket itself started life in 2001 and has been revamped continuously to support different CPU's at different speeds and such, so while you can try your hand at any one of those Santa Rosa Refresh CPU's, it may just be that the socket they put onto that board was made to only support up to 2.3GHz speeds and not anymore which would end up making it so that you can't install and use anything higher in that list there than the T8100.

Only way to know for sure is to either dig around the internet for anyone who knows if they've been able to successfully upgrade the CPU to any of those other three or not, or to just give it a go on your own and see what goes down with some trial and error.

Before attempting any trial and error of your own though, I would highly recommend making sure you have installed the latest BIOS available for your laptop's motherboard just to make sure you can try to support the CPU upgrade if it's even possible.

Hopefully this helps you out since this is the best I can honestly do for you, since laptops are not meant to be upgraded in this manner and therefore documentation for upgrades as well as support for them ends up being a personal trial and error sort of deal instead of a manufacturer supported thing like when using a desktop motherboard.
0
S