Problem
Whole computer crash. Main monitor goes black, secondary monitor goes green. No error message.
First crash was today while playing hitman 3. After rebooting computer, it crashed quickly after again.
Touched GPU, was very hot to touch but I don't have a history of touching GPUs so couldn't tell if it was too hot. Considering I'd been playing a demanding game for a few hours it being hot seems...natural.
Left PC off for a bit, crashed again under non-intensive conditions after about 5 minutes, GPU was cool.
After about the 8th crash (I was trying things to fix it), it would start immediately crashing on startup and I'm now in safe mode (albeit a bit late). Safe mode seems well...safe.

Steps taken
Removed and reinstalled GPU.
Removed drivers (via DDU) and reinstalled.
Ran Malwarebytes scan. Probably unrelated but worth mentioning, malwarebytes had somehow been broken and I had to reinstall over it to get it working. There were seven results which I removed.

Other notes
My previous, previous card to this (I downgraded then upgraded) was a 3080. I ran that with literally zero problems whatsoever. I think that likely rules out PSU unless it just died now,
To reiterate from specs, I installed this card two days ago. It's not like it's suddenly just started as I put in the new one.
I can try my old GPU if I have to, but it's currently in another build so a bit of a hassle. There's also the fact I want to know if this GPU is dead or something else.
Reliability history gives me the very useful error log of "Windows was not properly shut down" followed by "The previous system shutdown at 6:21:31 PM on ‎4/‎25/‎2021 was unexpected."

Thanks in advance for any help.

Edit: Am currently on a 770 now and working fine. Would still obviously like to resolve what's causing the GPU issue and if I have to RMA or not.

Edit two: After talking to a friend they asked for sensors screenshots from hwinfo so I'm just going to throw them up here in below link as well even though he said they seem fine.

I would suggets a fresh intall of Windows or a refresh of it. The Kernel in windows is weak and often gets corrupted when software and hardware is not uninstalled first.
0
C

ginthegit said:
I would suggets a fresh intall of Windows or a refresh of it. The Kernel in windows is weak and often gets corrupted when software and hardware is not uninstalled first.
Click to expand...

I am planning on trying the GPU my brother's computer sometime today, if GPU works in his then I'll give it a try

Well, tried it in the other computer and had the same crash upon launching a game. Unless somebody has any other ideas that's likely to affect two completely different computers, going to assume card is dead.
0
C

Okay guys, this is going to get more complicated. I'd really appreciate help.

So, as I said before, the new card crashed in my brother's computer. I then reinstalled my old card and contacted supplier about RMA. Things were going as usual with old card, for about five days...then I started having problems again.

First I tried a reinstall of windows and that did not help, so...I borrowed my brother's PC and have tested the following.

Switched boot drives with each other. His computer loaded fine with my boot drive, my computer wouldnt load past windows with his. Should be stated they are different versions of windows, I'm on 10 and think he's still on 7.

Then I tried his GPU in mine...and it works fine. My computer was functioning as normal. So, to sum all the parts up...

gtx 760 - My old card, was using temporarily after selling my 3080 as an emergency. Worked fine prior to installing the rx6700. After the rx6700 broke, I installed it again and it broke within a week.

rx6700 - Bought and it stopped working within three days.

gtx1060 - Brother's GPU, borrowed for an hour of testing. Worked fine, am scared to use it more in case that blows up too.


Other notes
Safe mode works fine. That is currently what I am using.

The errors between the two non-working cards are different. The rx6700 would immediately just crash to a green screen without any error codes. The 760 has display issues (posted below) before slowing down and giving a BSOD, at least it's convenient enough to provide logs. I am not seeing a way to attach them to this post though. 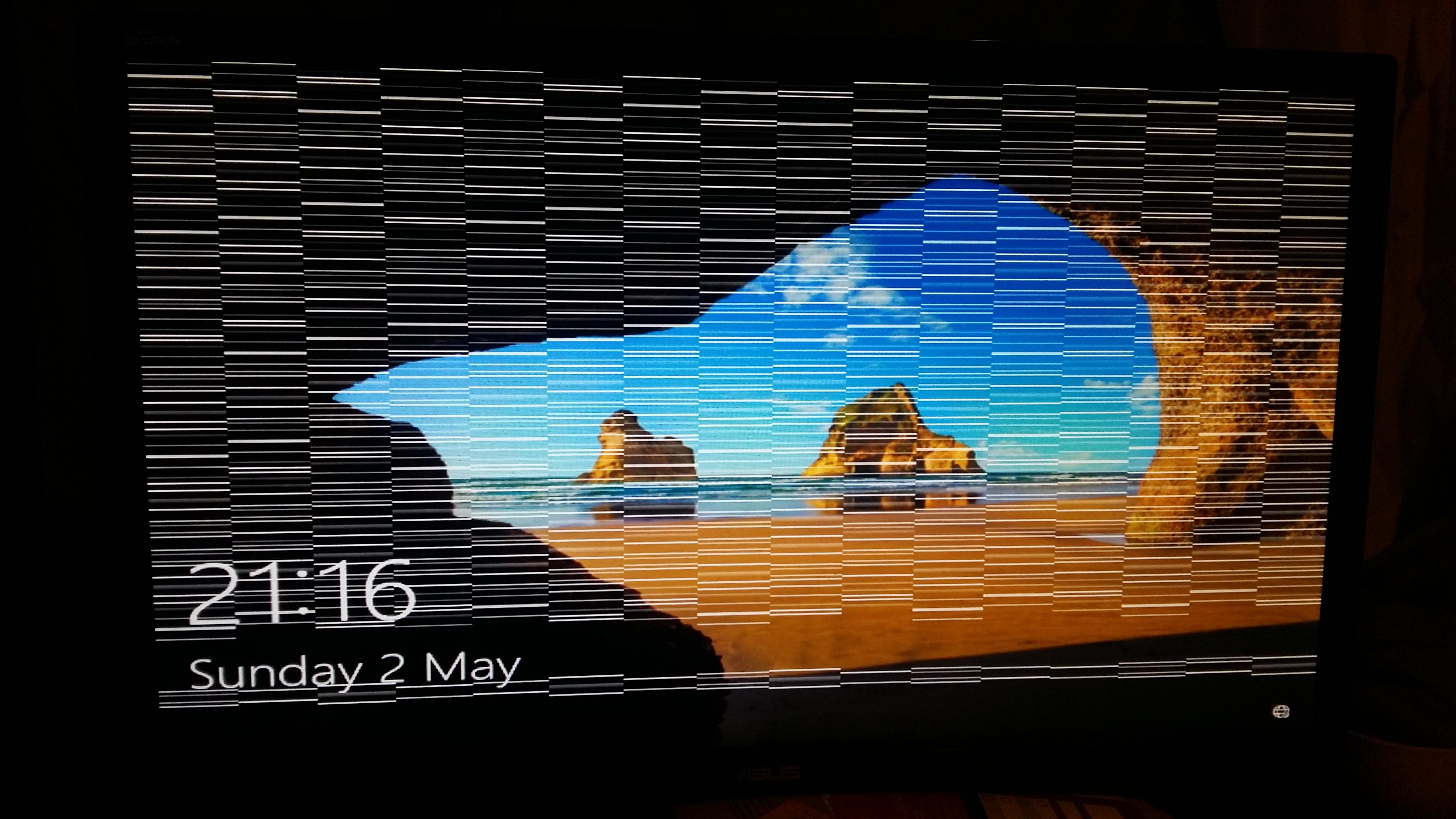 One thing worth mentioning is that the working GPU is a one cable 6 pin. The non-working ones are both two cables and 16 pins. Is it possible there's an issue with power cables?

Edit: Am currently running the 760 without installing nvidia drivers. Works like safe mode (except I actually have sound)

Edit 2: Resetting cmos seems to have fixed things using old gpu, although I've had one BSOD since.

Edit 3: Another BSOD. bluescreen view gives me 0x00000119 as bug check code which is again pointing me back to drivers...