Hi guys... apologies if this question has been answered elsewhere I tried looking on the storage part of the forum but couldn't find a discussion that addressed this specifically (there's a good chance there is one and I'm just not seeing it

I know that the 2 TB Western Digital Red Plus brand hard drive is technically not the first choice for a Windows 8/ Windows 10 (I dual boot) setup even if it's just used to store files (if this makes a difference it will see frequent use , I'll be storing using and modifying all sorts of documents on there , text documents, videos, pdf's, pictures that kind of thing). Amazon mailed it to me by mistake instead of the western digital black performance drive I'd ordered then told me to just go and keep it at no charge so - free 2 TB drive

Here's where I'm scratching my head in puzzlement.... I used the hddscan program to run a check on the drive, ran it three times each time it insists that this brand new hard drive is in trouble due to crc errors (yellow exclamation points, raw hex code result ends in 0024 if that helps any).

Then I ran dashboard (which apparently is the newer version of western digital's old diagnostics utility but it looks like it's a hard drive monitoring program made/developed by Western Digital for it's hard drives) ... ran the Smart test, the short test and the extended test (extended test took four hours to complete so hoping it was a very thorough test ! ) ... all three dashboard tests insist the hard drive is fine and there are no crc errors.

Then I ran western digital's old fashioned diagnostics test, Data Lifeguard Diagnostics for Windows (western digital says this is now "outdated" and you should use dashboard but I ran it anyways).. only ran the smart version and the short test since I wasn't sure if I should run another 4 hour test on the hard drive and that test also insisted the hard drive doesn't have any crc errors.

I've only been using the hard drive for a few days but so far it's not giving me any problems or issues... I want to say that hddscan is just giving me a false report and everything's fine but.. I dunno, anyone have any thoughts on this? 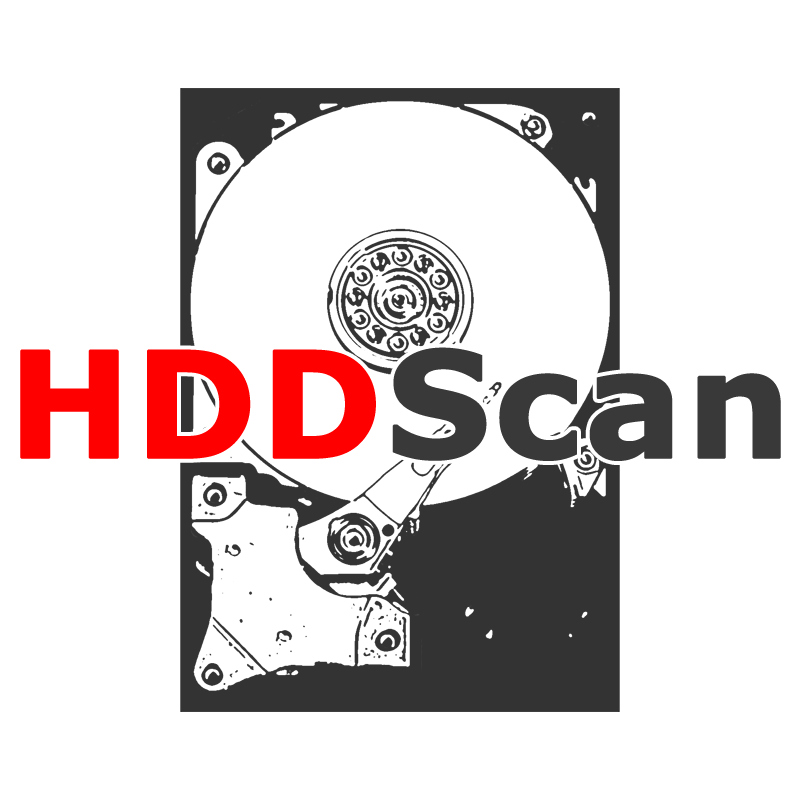 HDDScan is a Free test tool for hard disk drives, USB flash, RAID volumes and SSD drives. The utility can check your disk for bad blocks in various test modes.

Thanks in advance to anyone who reads this and replies

These are SATA communications errors. They are most probably due to SATA cabling or a problematic SATA host controller. These errors may go away if you switch to a 3Gbps SATA port.

WD's tools are useless because they hide the raw attribute values from their customers.
Reactions: andrepartthree
0
A

fzabkar said:
These are SATA communications errors. They are most probably due to SATA cabling or a problematic SATA host controller. These errors may go away if you switch to a 3Gbps SATA port.

WD's tools are useless because they hide the raw attribute values from their customers.
Click to expand...

Thanks so much for your quick reply fzabkar

... I had a sinking feeling in the back of my mind that the WD programs might be deliberately "tilted" towards displaying better than normal results for their own brand of hard drives - I can see what you mean, hddscan appears to crunch numbers and display a lot more figures even if I have no idea what those numbers mean

One other thing I should mention - this 2 tb W.D. Red Plus hard drive is a replacement for a 10 year old hard drive that I should have replaced a long time ago (fortunately I faithfully kept backups of the info on the drive) .. could have sworn I heard clicking sounds coming from the PC which apparently is the sign of a failing hard drive. The PC was struggling to boot from the black screen you see on the monitor when the PC first turns on and the 10 year old drive (also a western digital drive) was not being seen in the BIOS more often than not, these problems went away when I removed the 10 year old drive... though I am gloomily aware that it's possible the sata port on the motherboard might be failing which is not good news for the motherboard at all (did some online research which also says it could be a bad sata cable or bad sata port ... no idea why the sata cable would suddenly fail after working okay for so many years but I'll try replacing it).

I got curious and checked the other drives... another sata port is reporting crc errors according to hddscan for two sata ports total with that problem, but that hard drive is ancient (7 years old will be pulling it out of the PC soon)... no crc errors reported for the other 4 hard drives (three SSD, one is a 4 TB sata drive but not ssd )
0
F

The hexadecimal figure of 0x24 is 36 in decimal, so these are low numbers. In any case these errors are benign, ie they are autocorrected. Some old Intel chipsets had a problem where the SATA controller would deteriorate over time.

In most cases your errors would be inconsequential and would not impact on performance. I wouldn't be concerned unless you had thousands of them.
Reactions: andrepartthree
0
A

fzabkar said:
The hexadecimal figure of 0x24 is 36 in decimal, so these are low numbers. In any case these errors are benign, ie they are autocorrected. Some old Intel chipsets had a problem where the SATA controller would deteriorate over time.

In most cases your errors would be inconsequential and would not impact on performance. I wouldn't be concerned unless you had thousands of them.
Click to expand...

... this is very reassuring and to be honest I was kind of hoping it was a "no big deal" situation with the crc but it's comforting to know exactly what that 24 number means

Replaced the sata cable to the 2 TB WD Red Plus drive with a brand new never used sata cable and still getting the same complaint from HDDscan about crc errors.

If it does become an issue in the future I'm wondering ... there is one sata port for an ssd gaming drive that is not reporting crc problems according to hddscan - losing out on that ssd drive wouldn't be a huge deal (I just have a Batman Arkham Knight stored on there so not the end of the world if I lose it just redownload from Steam

and my 1 TB ssd drive for Win 10 is big enough for me to just install games onto there anyways) ..

... but say if I switch the sata cable for the 2 TB drive to the sata cable currently being used for the gaming drive and visa versa (sata port with the crc errors would become a home to the gaming ssd drive)... would this "confuse" Win 8 and/or Win 10 to the point where I'd run into problems? (because Windows might see the 2 TB drive is now connected to a different sata port and same for the gaming ssd drive). I could just run my Acronis Backup to restore Windows but if Windows doesn't "like" the fact that I'm doing that not sure if it would do any good if Windows "objects" to this sort of thing.

As an FYI I'm backing up Windows 8/Win 10 once a month via Acronis True Image and the documents on the 2 TB drive would be copied to the working " no complaints about crc errors here ! " 4 TB drive each time I make a change to said documents so the documents would be "living" on 2 different hard drives plus periodically I copy changed/updated documents to an external drive (I take backups seriously found out the hard way what happens when you don't )

Also as an FYI ... I know the ideal solution would be to just replace the motherboard at this point but ... I'd rather hold off on that until the current CPU covid/drought in Taiwan caused shortage ends so I don't have to pay a fortune for a CPU upgrade

... (would be more than happy with the amd 3300x for $130 from a reputable seller with a good return policy, walmart, amazon, newegg and so forth... motherboards and ram curiously enough aren't in short supply but CPU's are hard to come by! Fortunately I have a good video card, fingers crossed it lasts through the video/graphics card shortage we're going through now ! ) ... and to be brutally honest it's one of those things I want to put off as long as possible due to the effort involved (recently I replaced a motherboard /CPU/RAM all at the same time to upgrade my daughter's ancient 10 year old MB/CPU/RAM setup - got insanely lucky and snagged an amd 3300x from Walmart for $125 some months ago !

Personally, I don't see anything that would make me want to fiddle with the configuration.

By the way, you can use Google's calculator to do hexadecimal-to-decimal conversions:

Personally, I don't see anything that would make me want to fiddle with the configuration.

By the way, you can use Google's calculator to do hexadecimal-to-decimal conversions:

Fzabkar again thanks so much

... wouldn't have even occurred to me to do that, very helpful advice thank you so much

Apologies I should have mentioned this in my first post... my CPU is an AMD FX 8350, which admittedly from the point of view of a brand new (manufactured July 2021) WD Red Plus drive might appear to be ancient old technology ... so if the drive has taken a "dislike" to the older CPU maybe that's the reason for the hddscan complaints? Not sure, my online research confirms what you said too it's more of a sata port or sata cable issue...
You must log in or register to reply here.
Share:
Facebook Twitter Reddit Tumblr WhatsApp Email Link