Hi Everyone !!!!!!!
I was doing some reading in 4 other forums I found several different op's that have a 5900x and 2000 and 3000 series Gpu's with multiple rads in their loops and they are very close with my temps also.
They have great idle coolant temp and no more then 10-15c above ambeint temp as myself but have almost the same Cpu temp from the 5900x under load running cbr23, in gaming sessions their cpu's are in the mid 50's and Gpu's mid 40's also.
I would like to see the temp a little lower on the 5900x but I don't know if it will happen.
Still thinking maybe a repaste of the Cpu and maybe a 360 added up top.
I didn't really care for the way the Corsair Xtm50 was balling up rather then spreading so I used the Noctua Nt-H1 instead maybe I will give the Xtm50 a try again this time warmed up a little bit to see if it helps with the spread.

Hi Everyone
Hope everyone is Safe and having a Great Weekend!!!!

I want to start off by Thanking everyone that has replied with their Knowledge and Opinions as this has grown over time from a Gpu loop only to a Full loop.

This is also a PSA for anyone seeking information on a Corsair Xd5 pump for their custom cooling loop.

In my loop the Xd5 could only muster 125-130 Lph / 1/2 gpm flow @4800rpm it's max (even with the 420mm taken out of the loop)
I sent several emails back and forth to Corsair to finally be told that what I had was adequate cooling per Corsair and promptly told them to quit playing with BLING BLING TOYS and put the Performance back in the Corsair Brand.
The Xd5's 2.1 max pump head and 800 Lph rate was not enough.

The Xd5 is now Emergency backup till the H150i which is on my son's rig (5600x) now goes.
(1yr 6 months use so far
Rma it if in warranty then sell it)
When that happens I will grab a 360 rad and a Wb and simple loop his regardless on Rma status.

Since then I have made some changes to my loop and case.
I purchased a new case
Thermaltake Core x71
and
The Ek Kinetics Tbe 300 D5 pump /reservoir combo.
So No more Qdc's or Magnets it's all housed in a new home.
https://imgur.io/a/vnbMzHP

Those temps are suspect on the benchmarks. Those are short tests, so there's no acclimation. With a loop, or any liquid cooling for that matter, you'll need to run tests for as long as the needle still moves. Which it will for @ half an hour. Going from idle coolant to a few minute test and back to idle doesn't tell the whole story.

Reason for acclimatization is efficiency of the coolant drops as it's temps rise, which affects any power source in the loop.

Getting the most out of a loop isn't hard, just have to choose the right parts for the job, that includes matching fans/profiles to the rads, tubing to flow, pump to resistance etc.
0
C

Usually I let Heaven loop and run cb r23 2-3x running back to back then look for readings.

Seeing how I have head room I can back off those fan speeds which were still set from before moving into the new case.

I do like the fact that the 5900 now climbs up rather then jumps straight up into the 70's.
Thanks for responding it's always a pleasure to chat and reading your insights.
Hope your having a Great Weekend!!!!!!!!
0 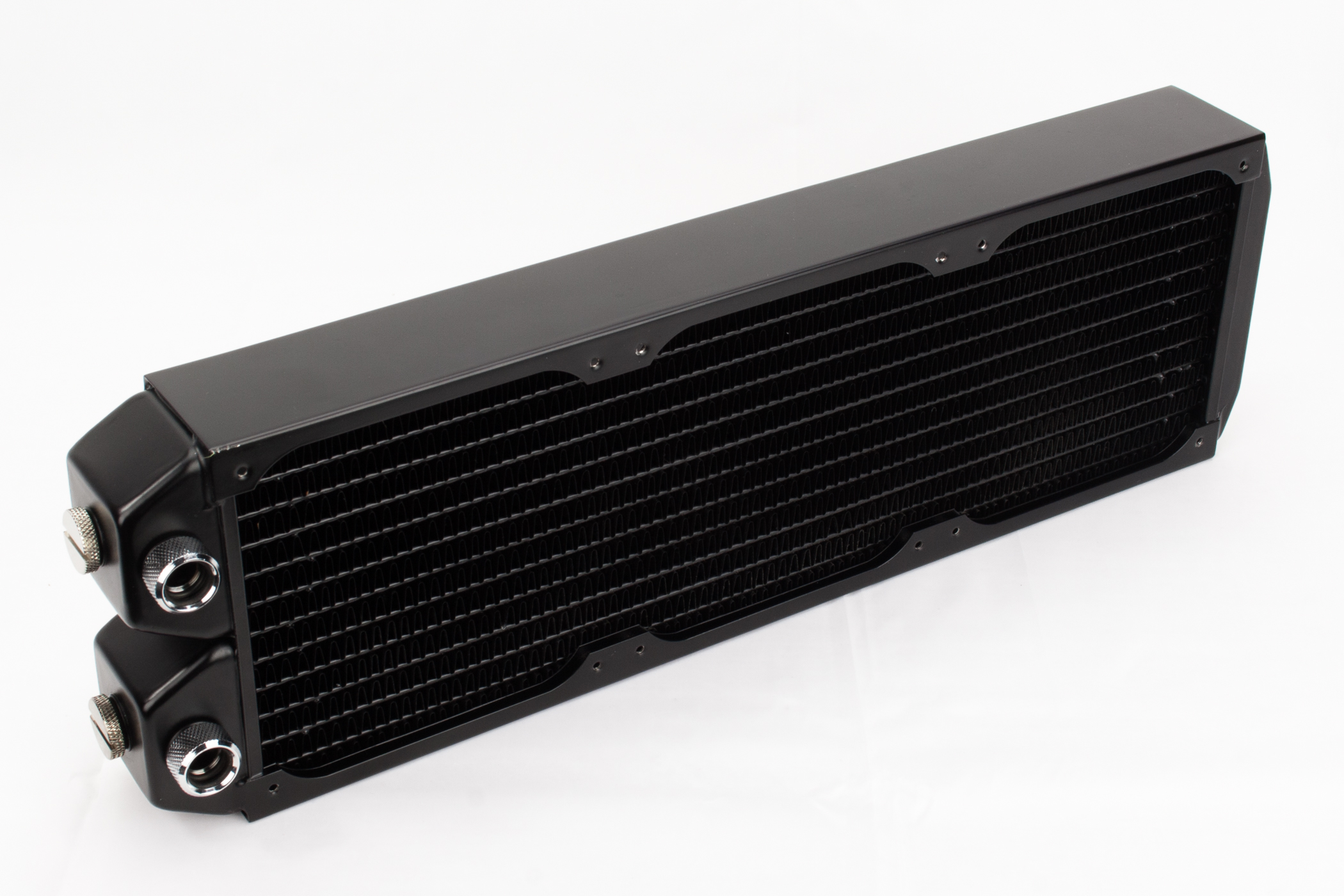 These guys really know a lot when it comes to loops, should check out their site and read up on your rads etc. Might offer some insight as to why you are getting the results you do.
0
C

I spent more then a few nights there when I was looking and pricing the parts.

Sitting here now about to start a game session with the fans reset to 1300 on the 280 and 420 control in asus bios on a 10 port sata powered fan hub and 1350 for the 120's in Icue no ramp just straight fixed rpm to see how much of a difference compared to last night.
When done hit it with cb and Heaven again.
It's been a couple weeks since being able to play anything on this system with the change over in to the new case.
I'm usually away 5-6 days at a time, so when I get home I play sometimes for hrs.

I would like to caputure some driving video's of the dumb stunts people do driving.
But must come up with a way to keep the bug splatters off the windshield and lens.
LOL
0
C

I have a new pic after letting Heaven loop while running 5 back to back runs of Cb r23 and on the 6th run I snipped this shot with AB, Hwinfo 64 and Icue open the whole time.

After running I raised the fans to 1400 rpm Still Way quiter the when the H150i was on the 5900x and the portable A/c is still louder
You must log in or register to reply here.
Share:
Facebook Twitter Reddit Tumblr WhatsApp Email Link