So I've had a Corsair CX600M as my main power supply for about 5 and a half years now.
On pretty much every day all day for that period of time as well.
It's been pretty good and it's been used in 4 major PC changes.

It's only just started making what I could only describe as 'ticking' and Morse code coil whine sorta sounds.
It does go away after about 4 hours.
But it only started making it when I switched to Intel mobo with an I7 950.
The GPU is a temporary HD 4870 but it makes this noise without it.
And there is 3 HDD's and an SSD in there too boot with LED lighting, fan controllers and all that fun malarkey.

My previous processor was an FX-6300 clocked about 4.3ghz so I imagine that consumed more power than this does.

Is this normal?
Is it my CPU and Mobo pulling to much power?
And should I change it or will be fine for another few years maybe?

Specs if needed (can pull more detail if required) 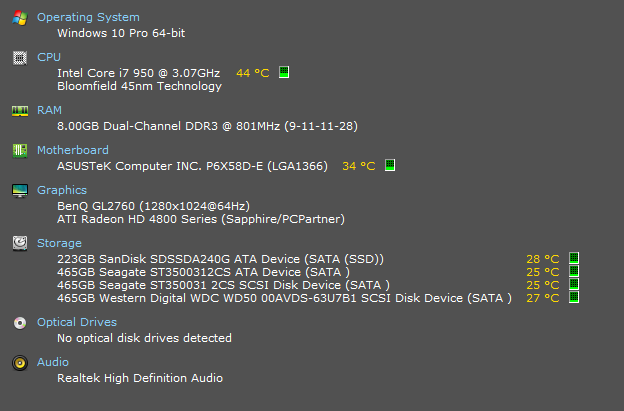 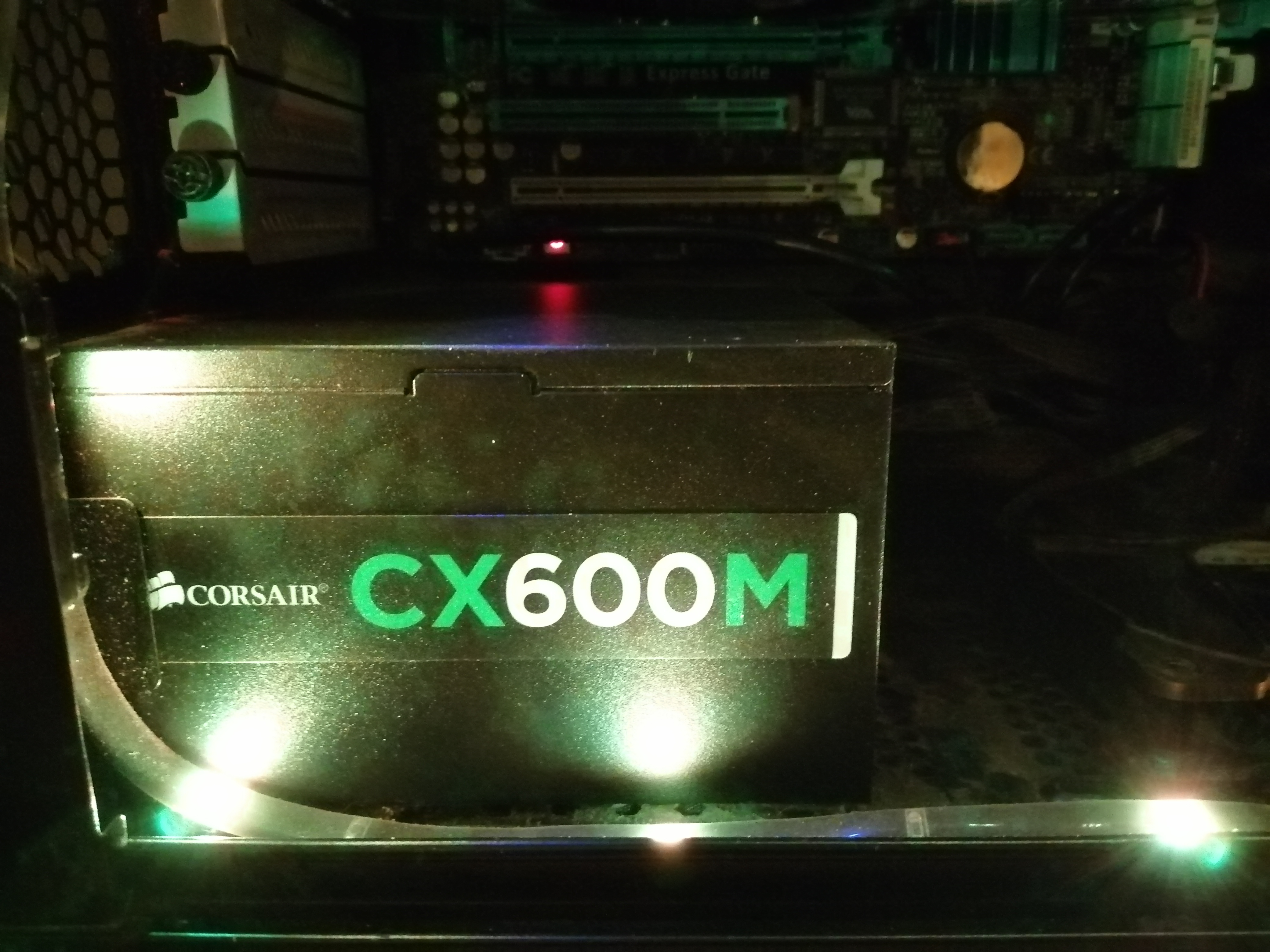 The small beast in question.

Sub note: It might be worth while to say I've never cleaned it....
I'm somewhat afraid the dust might be what keeps it alive at this point xD
(Fan filter does get changed out under it though)


EDIT:
Turns out the PSU fan was what was making that noise it had finally died.
So new PSU it is cause the connector is some preparatory thing not even PWM or 3-pin.
Last edited: Apr 2, 2019
1

Since it's a poor power supply in terms of quality , you getting 5 years + out of it is amazing. I had two of the CX500 models die in under 6 months , I would change it.

Yeah I guess it was on those what they call 'cherry picks' it always confused me when people said they were bad a bad PSU brand let alone that particular series.
But I've heard Seasonic is a good brand so TY for the recommendation.
You must log in or register to reply here.
Share:
Facebook Twitter Reddit Tumblr WhatsApp Email Link