I upgraded some of the components in my computer recently:
I am still using my old PSU, GPU, and CPU Cooler.

I installed everything to the best of my knowledge and when all was said and done, I tried firing it up, but the red CPU LED light came on and it didn't seem to want to boot properly. The motherboard seemed to be on, GPU was lit up, and all fans were spinning (including CPU fan). I looked up the issue and while I couldn't find one particular solution, most people suggested checking the RAM, checking the PSU connections to the motherboard, re-seating the CPU, and some other minor checks. I tried it all, and it finally worked immediately after re-seating the CPU. I tried booting it a couple times without putting the CPU fan back on, and it worked every single time! So I went ahead and put the CPU back on as well as put the cables back in place. Tried booting it again, and then suddenly again it didn't work......... back to square one.

Some people said this was just the result of a faulty motherboard or CPU so I figured that may have been my problem. I exchanged both the motherboard and CPU at the store and then re-installed them. I still had the same issue—it would not boot properly.

Eventually, I narrowed it down to the issue being the CPU cooler. When I removed the cooler, the computer would boot normally. When I installed the CPU cooler, the computer would not boot as it should. I tried narrowing it down even further, screw by screw. And sure enough, I found the one screw (closest to the RAM sticks) that seemed to be causing the issue. When the screw was put in, it would prevent the computer from booting. When removed, it boots without incident. So for the time being, I only have the 3 other screws into the CPU cooler bracket. This obviously isn't the correct solution, but a work-around in the meantime until I can figure out what this screw is interfering with and what I can do to in order to fix it.

My CPU Cooler is a: Master Cooler Hyper 212 EVO. This is a picture of the screw that is causing my issue. 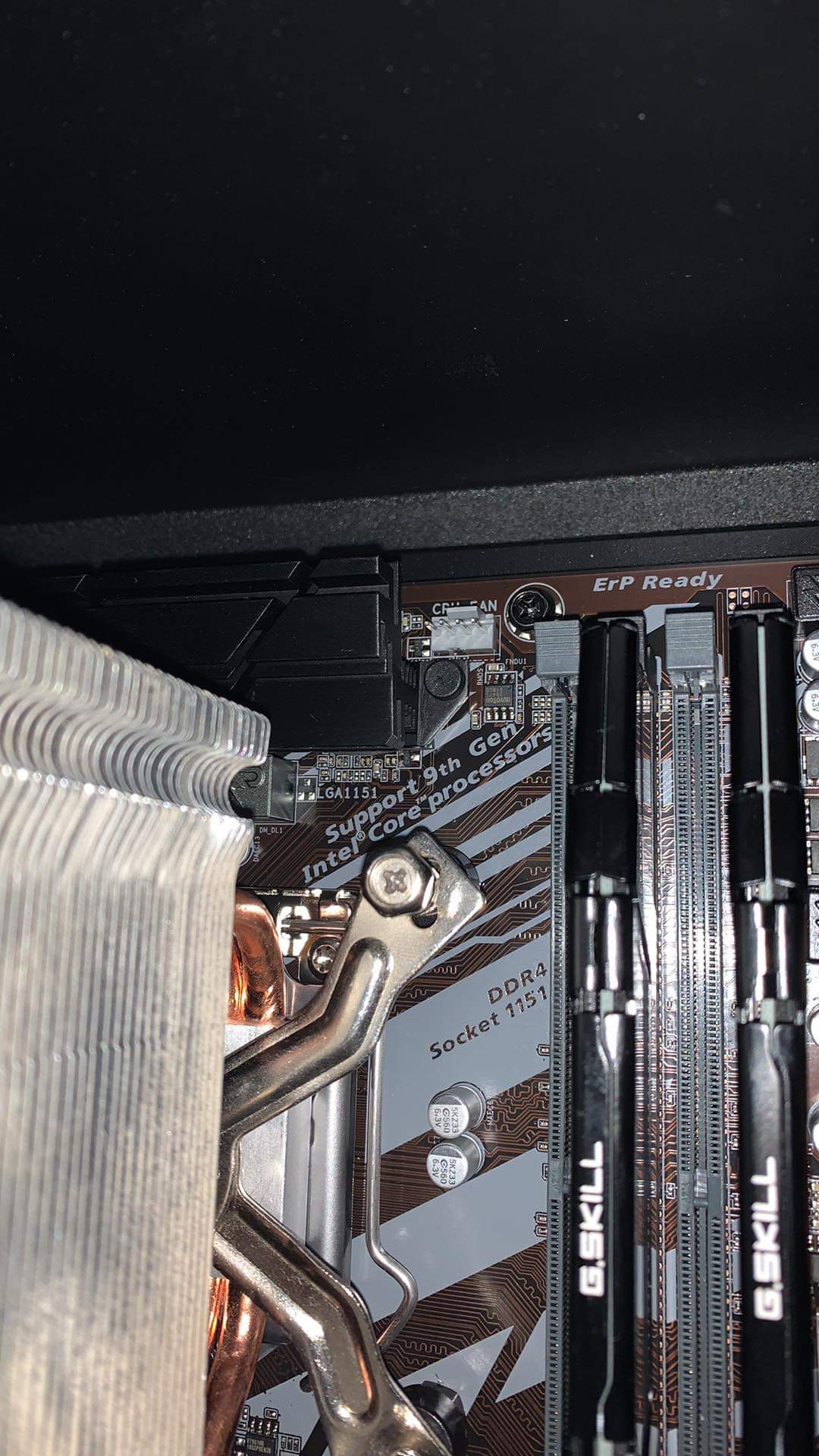 I'm pretty sure I installed the cooler properly. I used it previously with my previous build and had no issues with it. This is how it's put together. 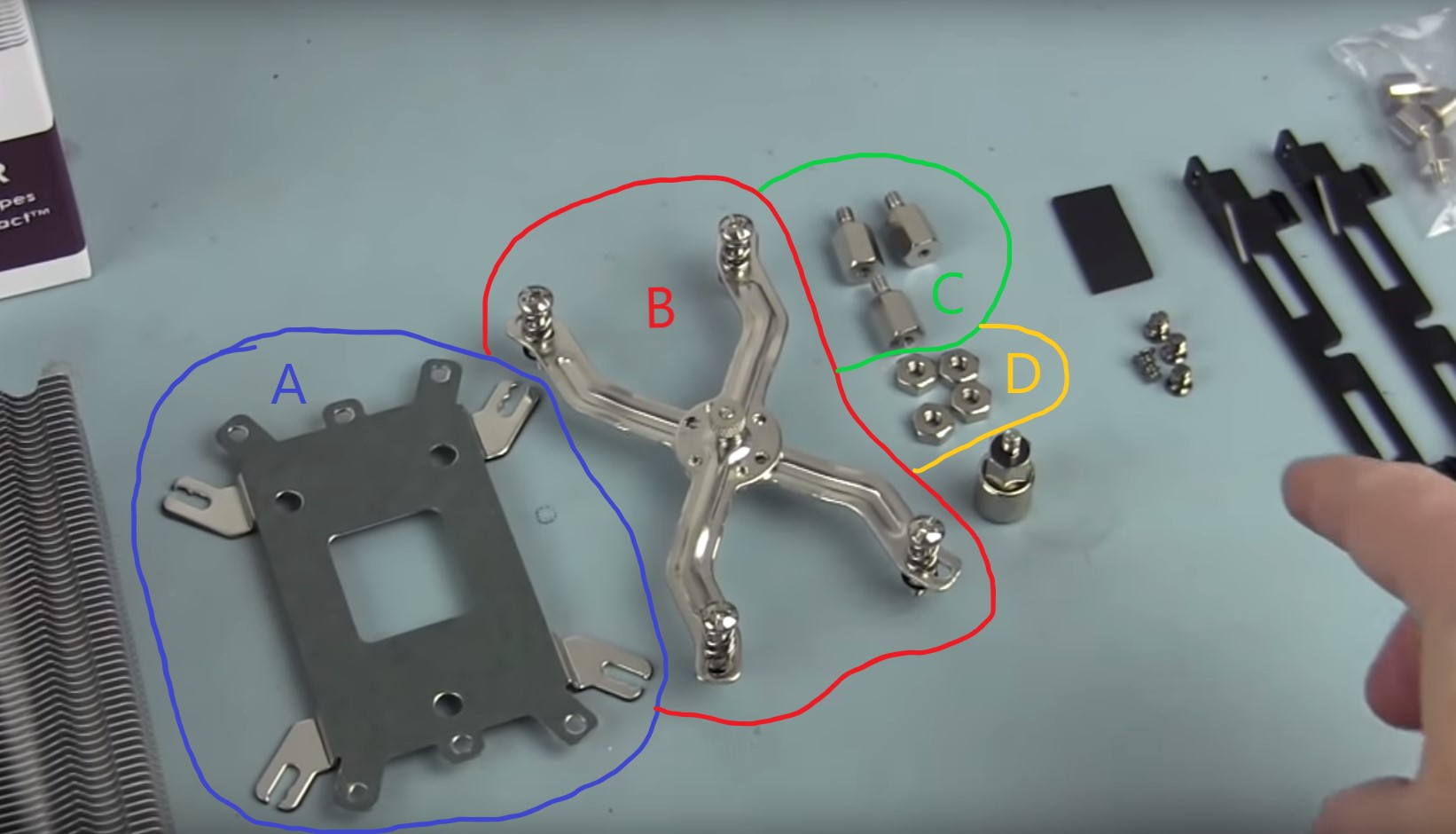 I'm a complete rookie when it comes to this. I would appreciate anyone's advice. If I'm missing any pertinent info, please let me know.
Thanks!
0

I think that the upper screw (closest to RAM) is causing a short.

Take a very close look the black cap being used for the upper screw. Ensure that the black cap is not cracked, split, thinner/squashed more than the other three black caps.

Check the underside as well.

Does the following link provide the User Manual for your cooler?

Note image 04 - and the "black caps" - are the caps correct and all four properly oriented?
0