Question CPU high temps even after new AIO, powers off after a few mins

So My PC was running okay but I started noticing FPS drops when playing games usually during busy/hectic gameplay moments so I checked my CPU temp and it was reading high 80s low 90s constantly.

I opened my case and it was dusty as hell I cleaned the fans but the radiator was still full of compacted dust so I decided to buy a new AIO cooler and a new case to accommodate it.

I don't know the models of my previous case and cooler but basically it is a good 7 years old and I've gone from a Coolermaster case with 1 front fan and 1 rear radiator with a single fan.

Corsair 465x case with 3 front fans and a Corsair H100i cooler and I bought an extra Corsair fan for the rear of the case.

Now I feel it's important to note that the case was delivered first and I was impatient, so I installed all my components into the new case cleaning as I went, the PSU was also very dusty so I opened that up and cleaned the fan on that too.

So after moving all my old components into the new case including the old cooler I powered it on and it booted to windows fine, ran kinda sluggish for a few mins and then power off by itself. Now I initially thought okay maybe the cooler really is busted now and maybe the thermal paste is all dry and stuff since this was the first time it was removed from the CPU in 7 years etc. So I thought I'll leave it alone wait for the new cooler to come at the weekend.

So the new H100i cooler gets delivered, I remove everything to do with the old cooler, backplate, screws, old thermal paste, the lot and I install the H100i with fans and radiator on the top of my case following the directions in the manual. Now I power up the PC it boots into windows fine startup is fast at first and rapidly deteriorates to slow opening programs to slow mouse over actions to lagging mouse movement and the finally it powers itself off again and I managed to check my temps using HWmonitor and the Bios and both say my CPU cores are sitting between 85 and 95 literally seconds after boot up. And this power off is also happening after being in the BIOS for a couple of mins so I think I'm ruling out the hard drive failure. My cooler fans are working and I think my pump is working but to be totally honest I'm not sure how to tell if the pump is working there is a slight vibration from the mount on top of the CPU but I'm not really experienced enough to know if that's from the pump or the combination of the fans vibrating the whole case slightly.

Now, because I'm experiencing the same issue regardless of whether I have the old or new cooler installed I'm hoping that it's just my PSU is having a hard time powering the new case or perhaps I damaged it while cleaning it as appose to the alternative which I'm guessing is a damaged CPU or Motherboard. My current PSU is also around 7 years old but it is 750W if that helps.

I'll attach a few images of my HWmonitor readings unfortunately they are taken on a camera phone because I couldn't have the PC on long enough to save and send a screenshot.

I have some theoretical knowledge about PC hardware and I was very cautious when rebuilding it, but truth be told this is my first time completely taking apart a PC and putting it back together again.
Does anyone have any thoughts or advice, please? 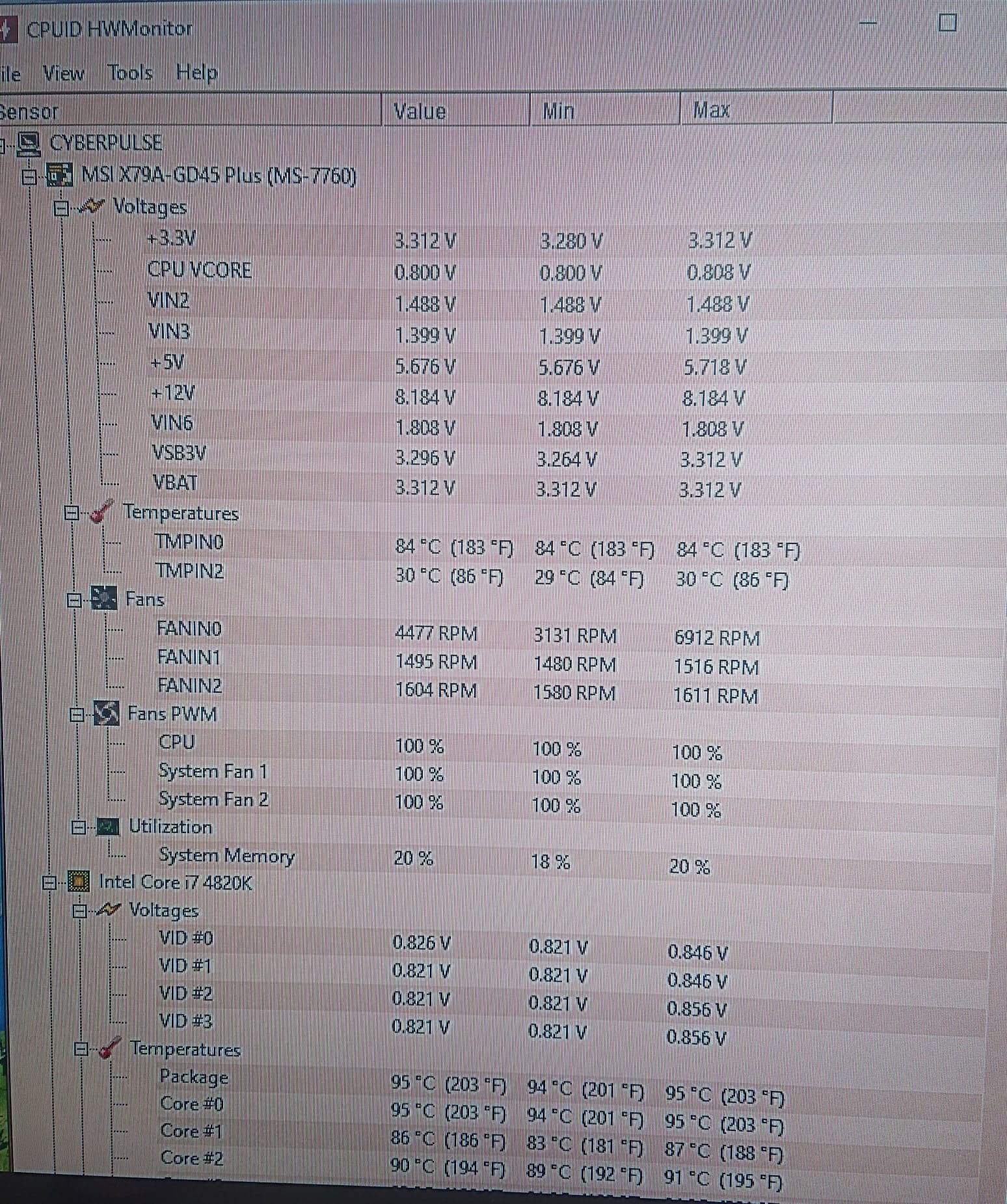 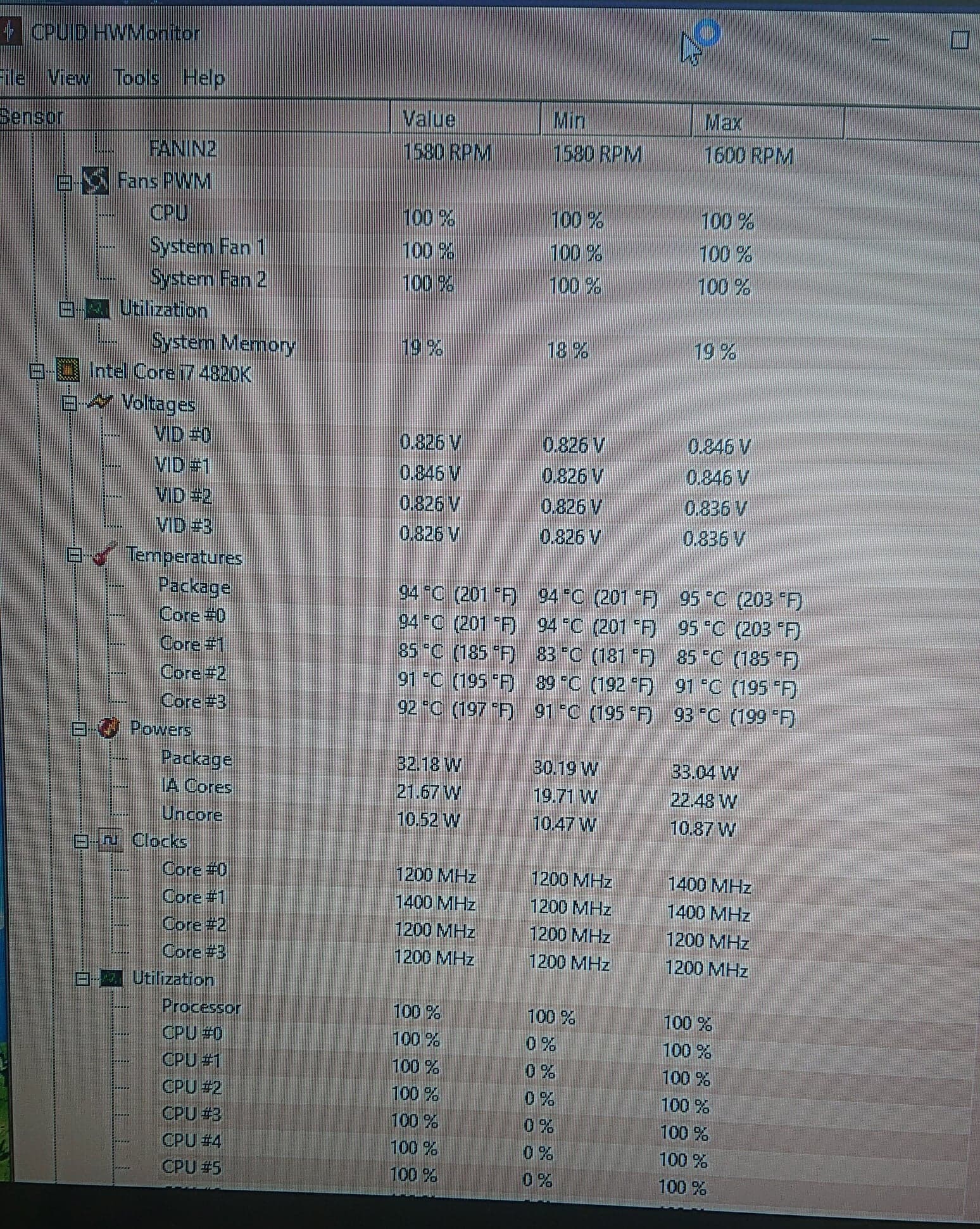 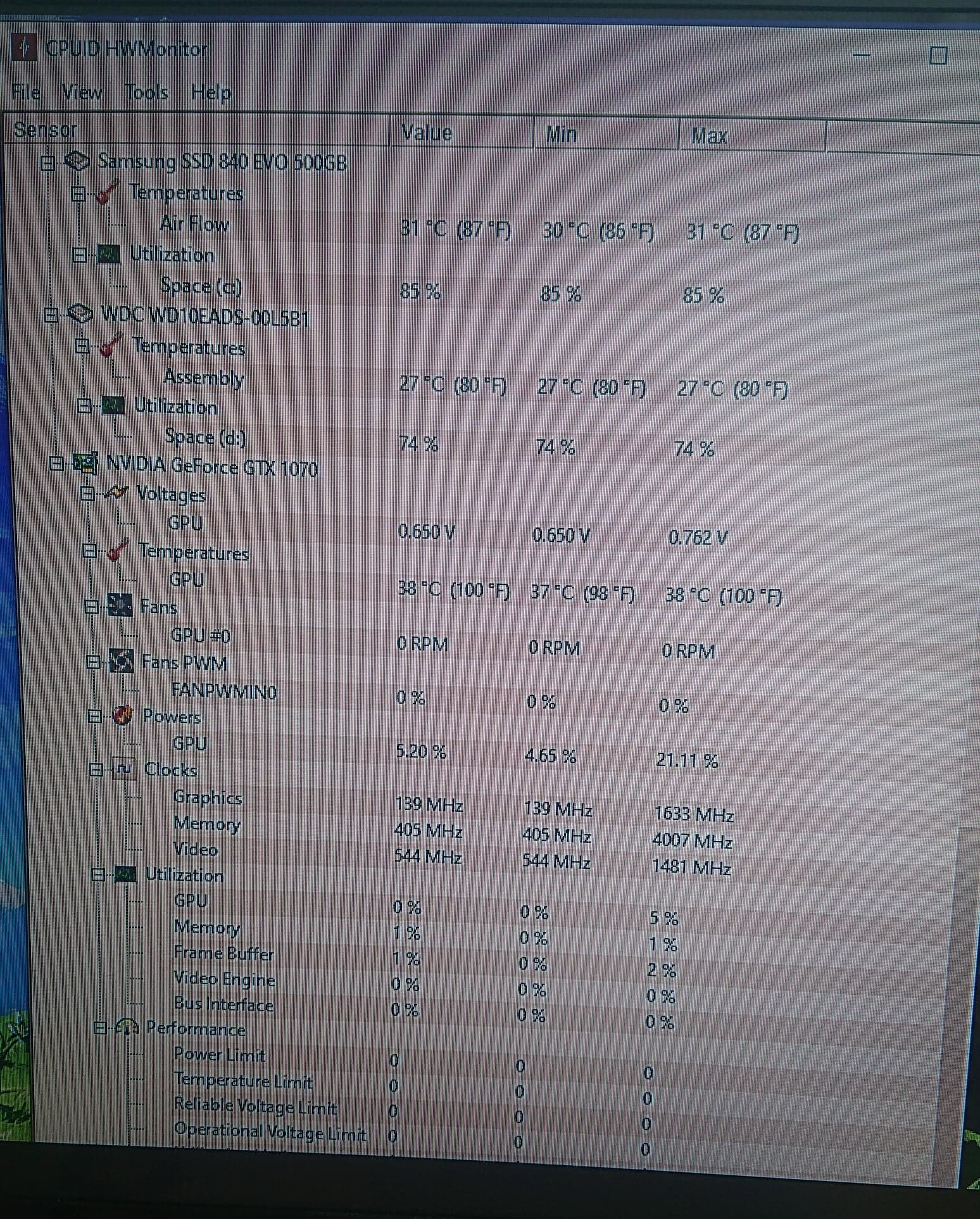