So here is the deal. I am building a PC and I got a deal during the holidays on a CX750 so thinking of future proofing I jumped on the higher wattage and I had heard good things about it. I also saw build videos by some popular Youtube PC guys that used the CX650M so I was like ok cool. I just decided to Google it earlier though for the heck of it and now I am afraid I made a poor choice both for my system efficiency and quality of the PSU. I am going to list the other parts I am using and see what everyone's opinion on a good PSU for my build is.

Let me know what ya think. I know some of the parts like the SSHD drive and RX580 might not be ideal but its kinda a rebuild for now.
1

on the label:
grey its good 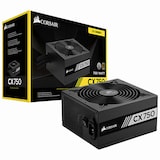 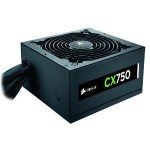 grey is a newer platform and much improved over the green labeled older units.
Reactions: sixstring88
0
S

Mine is definitely the top one, so awesome