Question Did I fry my motherboard?

I just bought a new motherboard (the cheapest one that works with ryzen 3000 out of the box)
Msi a320m-a pro max
I bought a Ryzen 3 3200g apu, and 2 ddr4 viper 3200mhz blackout 4gb sticks
On paper everything is compatible
I assembled everything on a really old case (it was the only one I had)
I tried to boot, but it didn't even post
I immediately thought it was the Ram's fault, but I don't have any other ddr4 sticks to try
I disassembled the computer, placed my motherboard on a cardboard box, assembled everything again, only this time it was on the cardboard box and it still didn't boot
I looked at my motherboard, and in the back it has written "Case standoff keep out zone"
The case I used doesn't have removable standoffs, and one of the standoffs is on the keep out zone
I removed the ram, turned it on and there were 3 beeps, so it gives me hope that the motherboard is not dead
Did I fry my motherboard? Or is this a ram related problem?
0

Are there any Debug lights on the motherboard that come up when you try to boot? That may give you an idea on why it's not able to POST.
0

Have you cleared the CMOS?
Have you tried booting with 1 stick of RAM and no drives connected to see if you can get into the BIOS?
What do the small EZ Debug LEDs (above the 24-pin power connector) show when you boot? 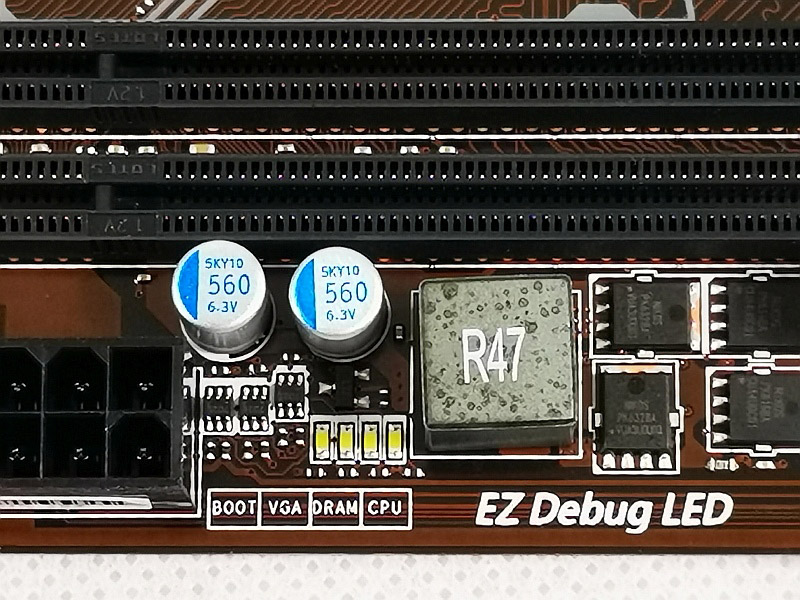