Question Did I get a bad GPU?

rdcbert said:
see two connector and both are securely plugged in.
Click to expand...

Maybe there's one at some other edge? Idk, in any case, i heard that you can also make sure that the connectors you're are attaching are two different ones and not actually a single one split into two too, maybe that'll help?
0

You should realy be using 2 separate 8pin cables. It looks like a single cable with two 8pin connectors on it.
Click to expand...

I can make those connector changes later today, But even if I have the same PCIe power cable connected shouldn't I still be able to pull more than 100 watts down the line?
0

Definitely try separate power connectors from the PSU.
Although, I actually fixed an extremely poor performance issue with an RX 5700 XT but using daisy chained power cables instead of two separate ones. YMMV.
0
F

rdcbert said:
I can make those connector changes later today, But even if I have the same PCIe power cable connected shouldn't I still be able to pull more than 100 watts down the line?
Click to expand...

Well, here's an article regarding this

Here's an excerpt i found pretty much related

The principle behind using a single PCIe cable for a graphics card still applies for models requiring more than two connectors, like the EVGA RTX 3080 FTW3 Ultra. Check your PSU to see if separate cables are recommended; if not, just make sure you’re not surpassing how much power a single cable can provide. For this 3-connector GPU, we’d use at least two cables.

Since yours is not a FTW and is with only two connectors, i don't think it'll limit it, still, never hurts to try.
0

If you run a benchmark like Unigine Superpostion (1080 Extreme) how does the GPU perform? 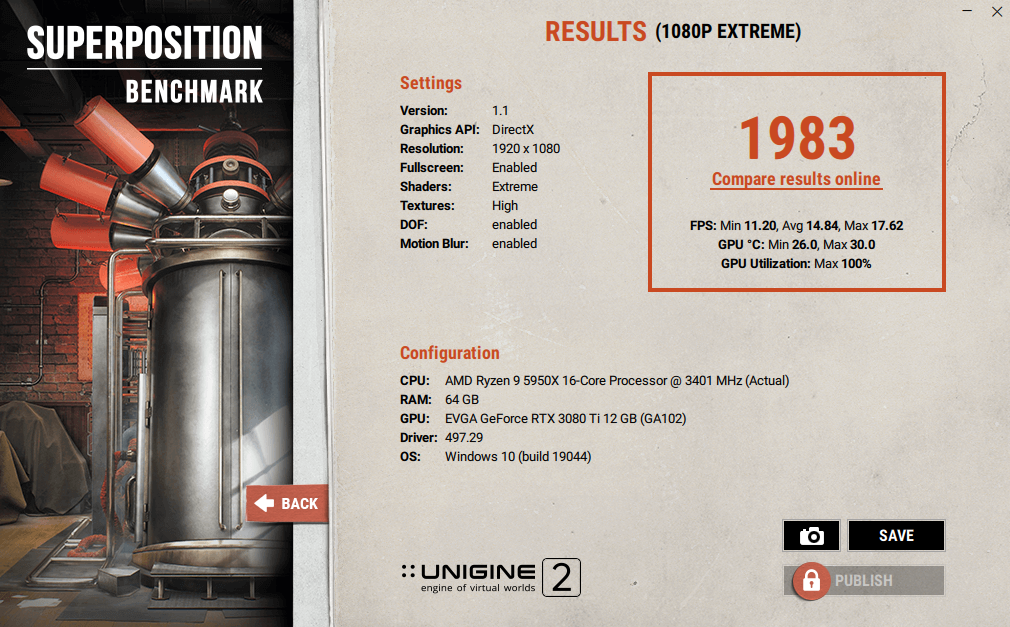 Something is very wrong here. I am wondering about your motherboard at this point. For comparison (I just ran test): 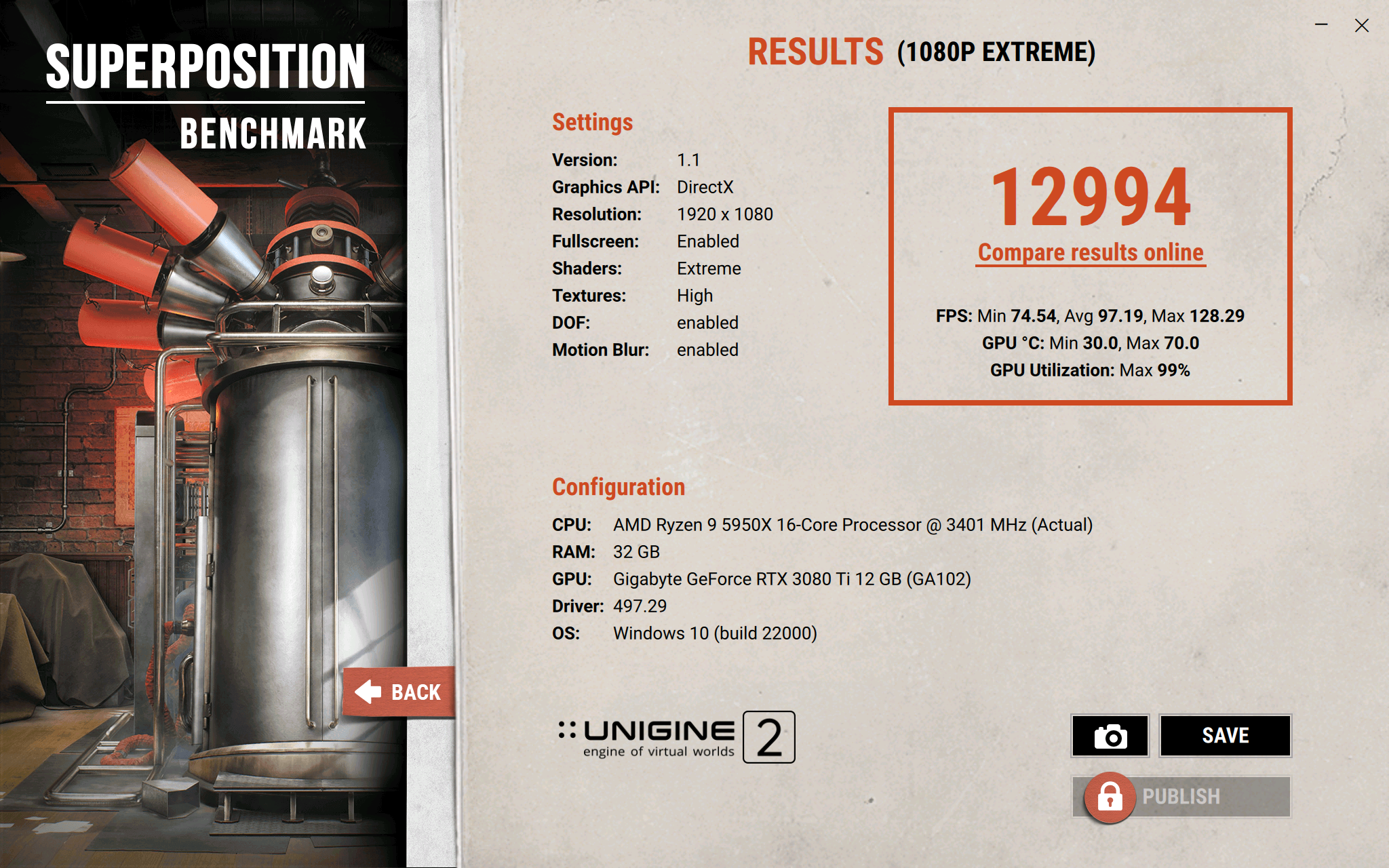 I don't think its Mobo related because when I was first troubleshooting this I borrowed a spare MSI B550 from a friend and had the same issue with the original GPU before I contacted EVGA. I did use the same CPU and RAM that I am using my my main ASUS board but that is is how I ruled out the issue with the ASUS board, Maybe CPU issue? Any way to test that?
0
F

Here's something else i found
Could be either a piece of software (like windows power plans - make sure it is set to at least balanced or high performance) or system UEFI/BIOS setting (like EPU Power Saving Mode on ASUS motherboards which sets the CPU in its minimum power consumption settings).

If you having any GPU overclocking software such as MSI Afterburner or EVGA precision X1, would recommend preventing it from applying a profile on computer start or go even further and temporarily uninstall them so that the GPU runs at stock operation.

Also, reset your ASUS motherboard's UEFI to factory defaults and make sure you only set the options (like boot mode UEFI/CSM) that allow you to boot into your operating system again.
From my side,
I'd also try sort of adjusting the clock speeds of the GPU myself using afterburner or something, I'm not sure why though, you could try any of these things :/
0

I have not tweaked the Bios on the board except to enable fTPM, and set boot drive. All other settings are set to factory default. Windows Power Plan is set back to High Performance, Precision X1 has been uninstalled and I have no other OC software installed (but trying to set an OC on X1 even 100 MHZ would freeze the PC until I manually reset the system) I currently can't reboot my PC to check the EPU Power Saving Mode, but I can look at it later tonight.
0

rdcbert said:
I don't think its Mobo related because when I was first troubleshooting this I borrowed a spare MSI B550 from a friend and had the same issue with the original GPU before I contacted EVGA. I did use the same CPU and RAM that I am using my my main ASUS board but that is is how I ruled out the issue with the ASUS board, Maybe CPU issue? Any way to test that?
Click to expand...

Sure, you can run a CPU benchmark and use my rig as a point of comparison since so similar.

Try the free version of this tool: 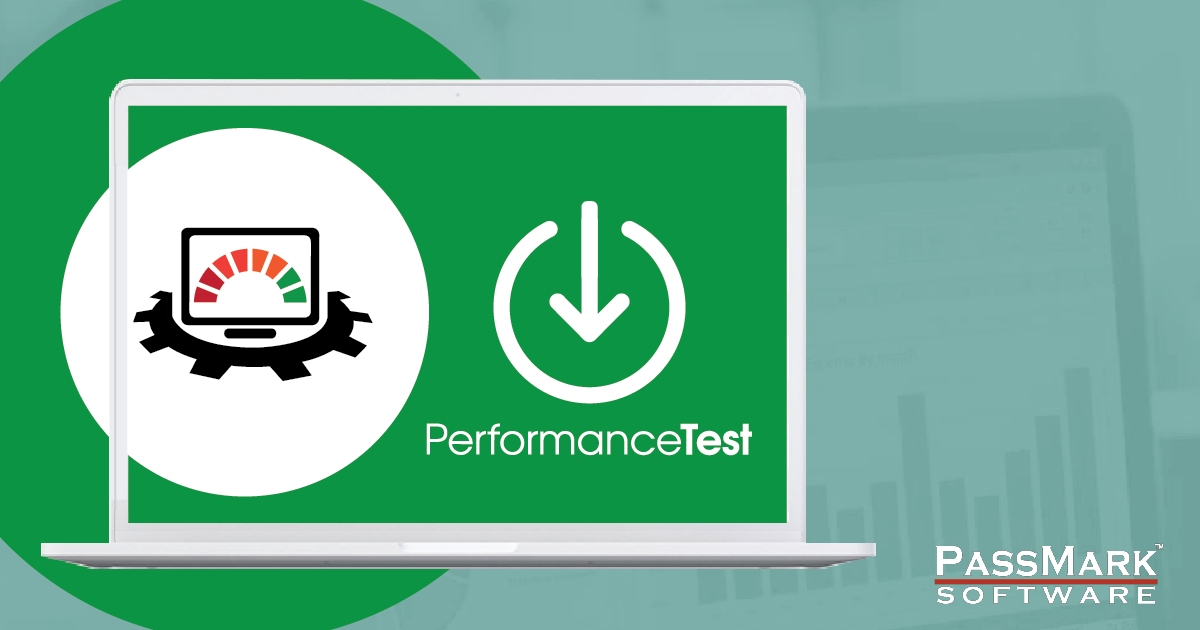 Benchmark the speed of your PC computer hardware, then compare the result to other machines. Includes disk, 3D and CPU tests.

As a point for comparison: 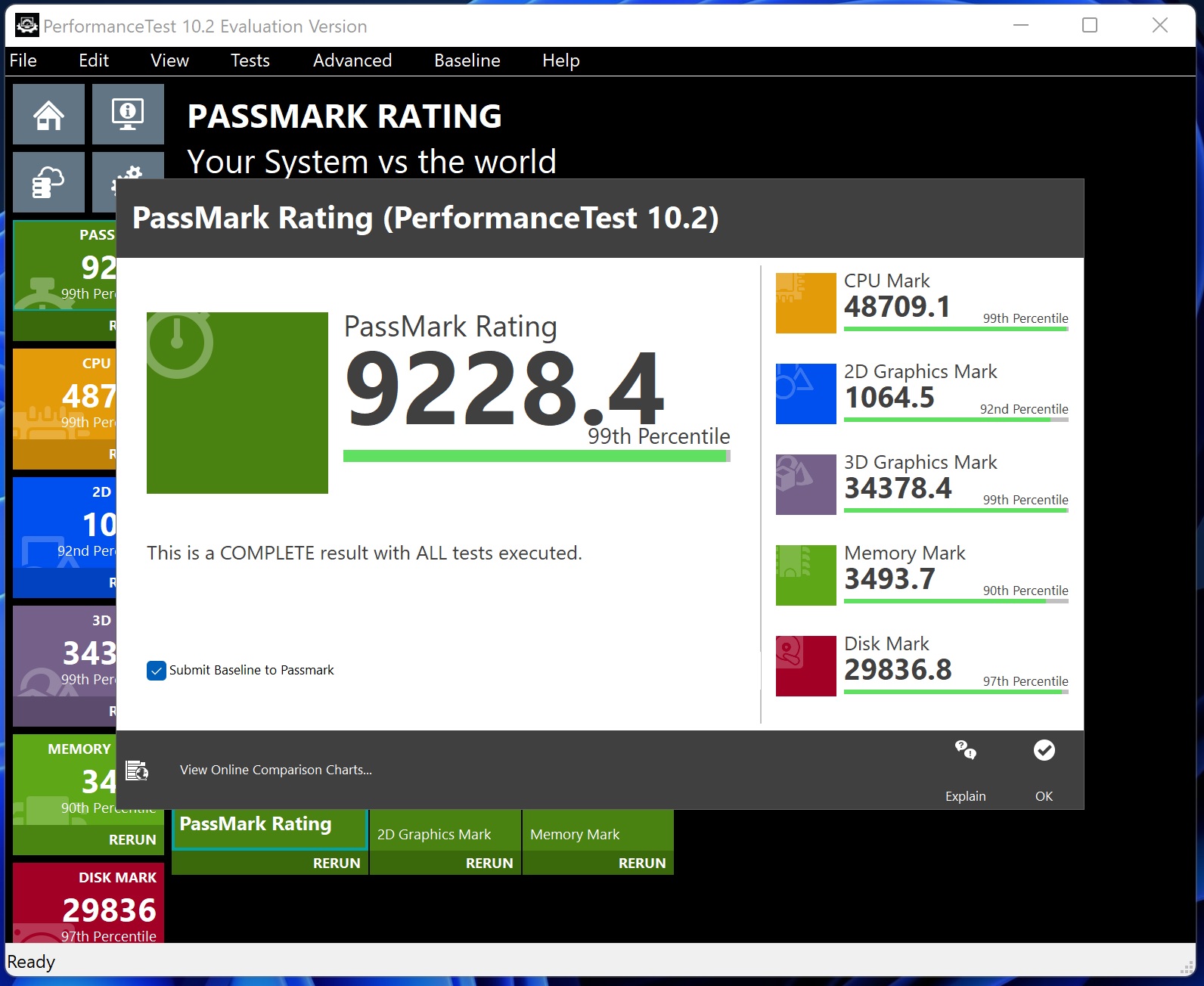 So I can run all tests just fine, EXCEPT for 3D Mark, that test crashes the benchmark run entirely 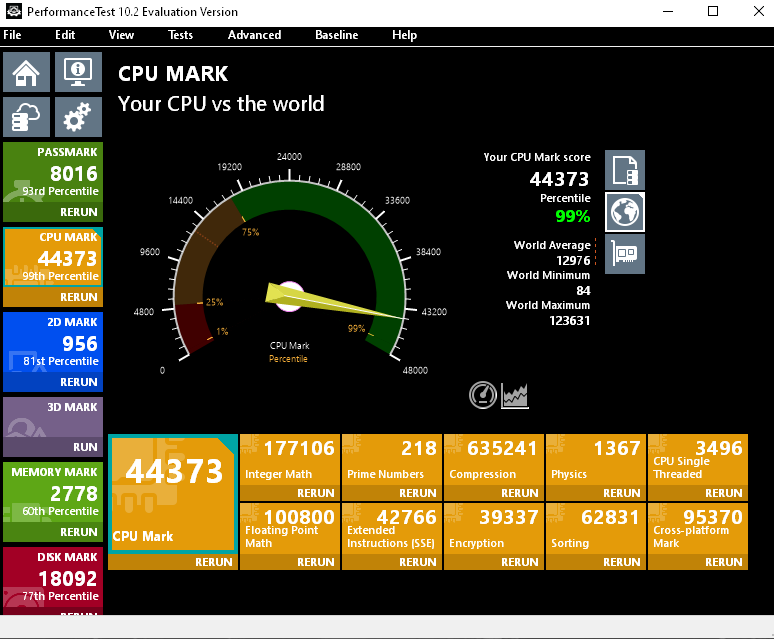 Besides being unable to pass the #D mark test not bad, that 2D mark gives be a bit on concern though, but it is close enough it could be margin of error maybe?

After some playing around I figured out the DirectX9 test is the one fouling everything up. Here are results of 3DMark 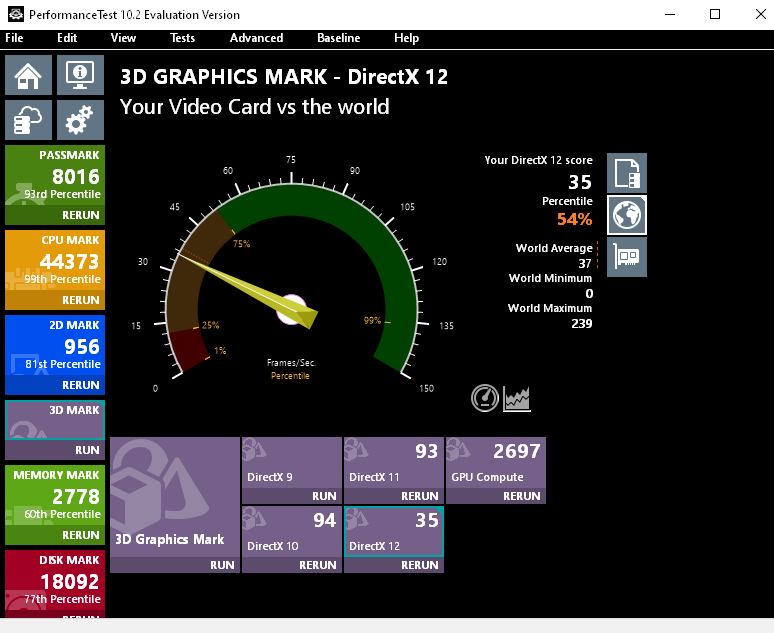 rdcbert said:
So I can run all tests just fine, EXCEPT for 3D Mark, that test crashes the benchmark run entirely
Click to expand...

Your initial post says 32GB of ram, but benchmarks show 64GB.
What ram config is that?
Can you show screenshots from CPU-Z - memory and spd sections?
0

Its 64 GB, I spaced and by the time I realized my mistake I could no longer edit the post
0

Your memory is slower than the rest of the system. Do you 2x32GB or 4x16GB of memory?

And, what speed is it set to in your BIOS?

How recently did you install Windows on this rig? When the system was put together, did you perform a fresh, clean install of Windows? Or, did you recycle a previous installation from previous hardware?
0

Its a brand new install of Windows 10, the ram is a cheap 2 stick 2133 kit I am borrowing from a friend until the 3600 kit I ordered finally arrive from the slow boat it is on.
1

Your answer is in your GPU-Z screenshot, PerfCap Reason : PWR.
I would remove any overclocking/tuning utilities, DDU - clean drivers (safe mode), install drivers again and that should take care of it. It looks like there is a wrong card profile in use (did you try another nvidia card in this build??)
0

No never used another video card in this build, installed nvidea driver's straight from nvidea site had 210 MHz issue, uninstalled using ddu used nvidea studio driver, still had issue, removed studio driver with ddu, reinstalled game ready driver and still had issues. I have not installed any OC software until the replacement GPU was installed
0

I want to thank everyone for the help. I also swore to myself I made this post I would leave a clear and concise trail of what fixed the issue so if this happens to someone else I can prevent them a few hours of misery.

I decided that because this was a brand new build and because I had no actual games or files saved on this PC yet I should just wipe the whole ssd and reinstall windows 10 on a freshly erased drive. So that is what I did. I used the motherboard bios to securely erase my primary drive and reinstalled windows 10. However this time I opted for a custom install instead of express and opted to not let windows install device drivers on it own. I then installed all the device drivers one by one myself and fixed the problem.

TL;DR I am an idiot that continuously let DDU install windows display drivers and it was messing up the the card clock speeds.
Last edited: Saturday at 12:06 PM
Reactions: vov4ik_il
You must log in or register to reply here.
Share:
Facebook Twitter Reddit Tumblr WhatsApp Email Link