Is there any cpu overclocking software that exists Besides AMD's stuff, Intel xtu and using BIOS <- specifically those 3.
Something that does not require me to rip out the cpu and fiddle with the gold pins because plenty of experts said that's a dumb idea.
This is for CPU overclocking, not gpu.
0

Why are you fiddling with pins at all? Please clarify what you are trying to do.
0
D

I did not fiddle with pins, cpu removal, fiddles, fiddle crabs, applying fiddles to CPU as I agree that's a dumb idea.
I am looking for a program that is listed in the first line of my question.

Is there any cpu overclocking software that exists?
Besides AMD's stuff, Intel xtu and using BIOS <- Specifically, those 3.
0

"Is there any cpu overclocking software that exists Besides AMD's stuff, Intel xtu and using BIOS <- specifically those 3.
Something that does not require me to rip out the cpu and fiddle with the gold pins because plenty of experts said that's a dumb idea.
This is for CPU overclocking, not gpu "

Sounds like you don’t know much about overclocking, so you probably shouldn’t be messing with it since you can mess up a pc if you set voltages too high etc.
0
D

I know plenty of it and have done so in the past with older models. I am looking for more programs other than obvious chocies as they do not fit with what I am working with besides making my own program from scratch and that's really , really fustrating. That's like saying if you don't know how to use C+, you should not use a keyboard. I do not need mothering Ohio. Just answers.

Anyone can talk to experts and watch youtubes viedoes about it / read a book. I am wondering if anyone found anything useful.
0

Explaining your restrictions would be helpful here, as it stands with what information we have, there is no reason to not use the BIOS, especially if you already have worked with it before.
0

Gigabyte, for example, makes an app called Easy Tune that works with selected motherboards. I suspect other manufacturers do as well.

Not a universal app.
Reactions: DancingElephants
0

It covers all Intel Core i CPUs from 1st Gen through 12th Gen. It can also overclock the previous Core 2 Duo based Extreme processors like the QX6800, X9000 and QX9300. No other single program can overclock all unlocked Extreme or K series CPUs that have been released during the last 15 years.
Reactions: DancingElephants
0

All motherboard vendors have some sort of software OC, whether it's EasyTune, OC Genie, TurboV, Dragon Center etc. But thats motherboard specific, you'd use the vendors software to sync with the board.

Throttlestop is the only Universal OC apart from specifics like XTU or Ryzen Master, CTR etc which are limited to certain generations of cpus.
Reactions: DancingElephants
0
D

Thank you Karadjgne, uWeBB429, COLGEEK, This is the information i am looking for, enough to put together a nice big list. This is great for people who are interested in overclocking. Good job guys.

Anymore suggestions are welcome too.

I'm working with various types of Mother Boards so a nice big list like this is great. I really appreciate it. Hopefully others do too.

Might want to add a disclaimer or 3 to your list. There's a good reason most will recommend Bios OC over software, and thats the unpredictability of the cpu. Each cpu is different, has slightly different properties. Even identical cpus are different because the silicon the are manufactured from is different. OC software is by its very nature dumb. It can't think for itself, can't make compromises or concessions. It cannot make changes in how it operates. It's purely generic, written that way purposely to cover every cpu equally.

So you end up with clocks too high and voltages too low for one cpu to be stable, and another of the exact same cpu could end up short changed in the clocks and voltages way too high instead. And that's not including the changes to BCLK that affects ram, storage transmission etc which can lead to data corruption with a supposedly stable OC.

OC by software is a tool, it's only benefit is getting a pc in the ballpark of an OC, but from there it should be transfered to bios and tuned to more permanent and specific settings for the individual cpu. It doesn't work out well if used on a permanent basis.

Software OC should also Never be auto enabled. If there's a bios OC issue preventing boot, it can easily be deleted by resetting cmos. If software is auto enabled as part of Windows startup, and it fails or makes the pc unstable, stopping that process takes more extreme measures than pulling a battery for 10 seconds, you'll need to get into Windows long enough to shut the service down, which may not always be possible.

It also can take extreme measures to get rid of, vendor software does not like to be deleted, and the settings can stay resident even if the program is no longer active, which can and will create issues until Windows is reinstalled.
Reactions: DancingElephants
0
D

Also helpful, and something to definitely look out for.
0 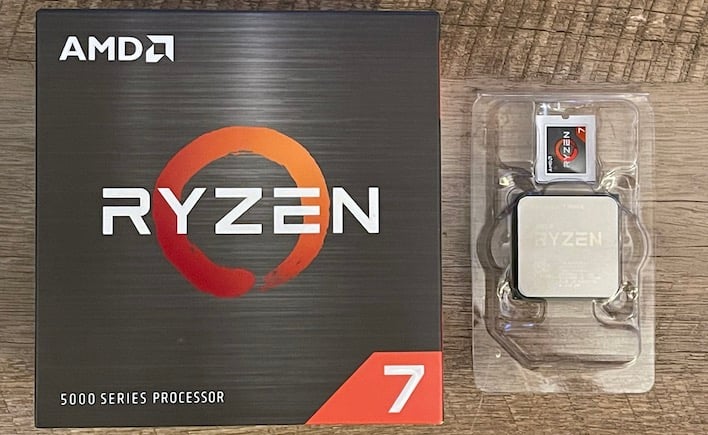 COLGeek said:
Gigabyte, for example, makes an app called Easy Tune that works with selected motherboards. I suspect other manufacturers do as well.

Asus has AI suite 3 that you can play around with settings and then save to the bios from inside windows. For my 8700k i set a general tune, fine tuned in AI suite 3, then went back into the bios and made the final adjustments. I dont trust a windows app on writing bios settings.
0

Thank you all, any for Intel systems for core duo and under?
0