Question Does this appear to be a burn mark?

HP Pavilion TouchSmart 20 AIO PC
Model:20-f394
At one point, this computer was not booting and it was hanging on the HP logo. Pressing buttons like escape, F9, F10 makes it say startup menu, boot menu, and setup (respectively) in the bottom right corner of the screen. It seemed to be hanging there, so I left it for about an hour and it was still hanging. I tried following what was on HP's support page, some forums and some videos to no avail. Most recently, used flashrom to flash the BIOS chip with my Raspberry Pi 400 and the pins on the motherboard where it says ROM_RECOVERY. When I was trying to determine the manufacturer of the BIOS chip (Winbond), I found something that looks like a burn mark close to the top right of the chip. I've attached a photo. Is this what I'm thinking it is? I wasn't updating the BIOS when this happend, it was just doing this one morning even thought it worked perfectly before.
Specs:
CPU: AMD A4-5000
RAM: 4GB
Storage: 500GB SSD 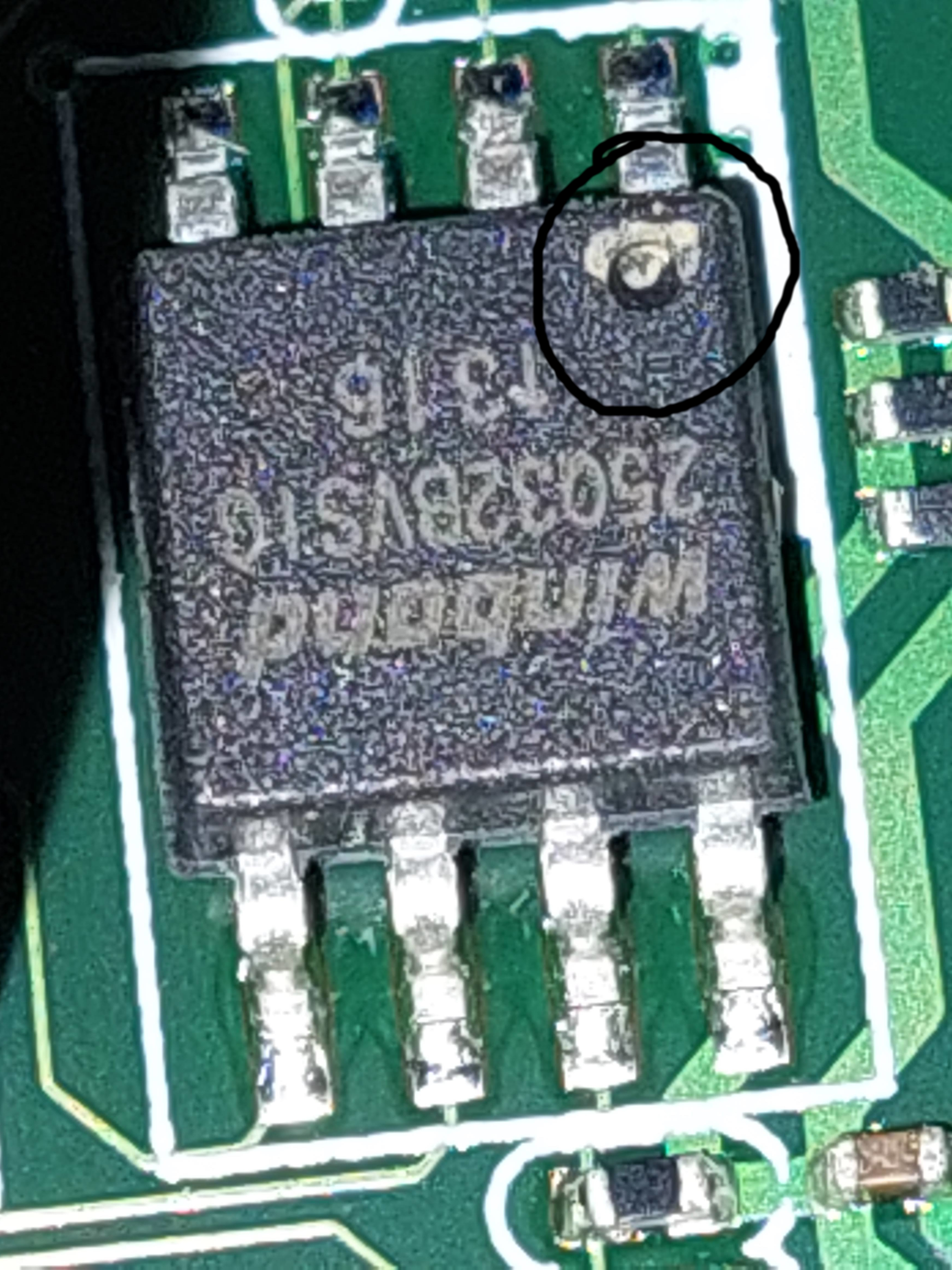 It's the indicator for Pin 1 of the device.