I've been using a double screen setup for quite a long time because I find it really practical when working with many programs at the same time (Photoshop, Indesign, Archicad, 3dsMax, Rhino, File Explorer...).

At the moment I have 2x Dell U2515H with 2560x1440px . Thing is I got used now to the 5k screen from the office (iMac Retina) and I kind of feel a huge difference when coming back home and stare at de 2K resolution.

I've been considering moving to also a double screen setup but with 2x 27"4K displays (and problably also with a better refresh rate), until I found out about this super wide 49" screens like the Samsung CRG90 (which has quite a good deal now where I live, around 930€). It would get rid of the super annoying join between both screens and add a much better refresh rate (Which would be perfect to enjoy even more when gaming). But at the end I would still be stucked at the same resolution if I'm not wrong (5120*1400), right? And I guess this monitors don't exist with 7000x1400px right (equivalent of 2x4k display). 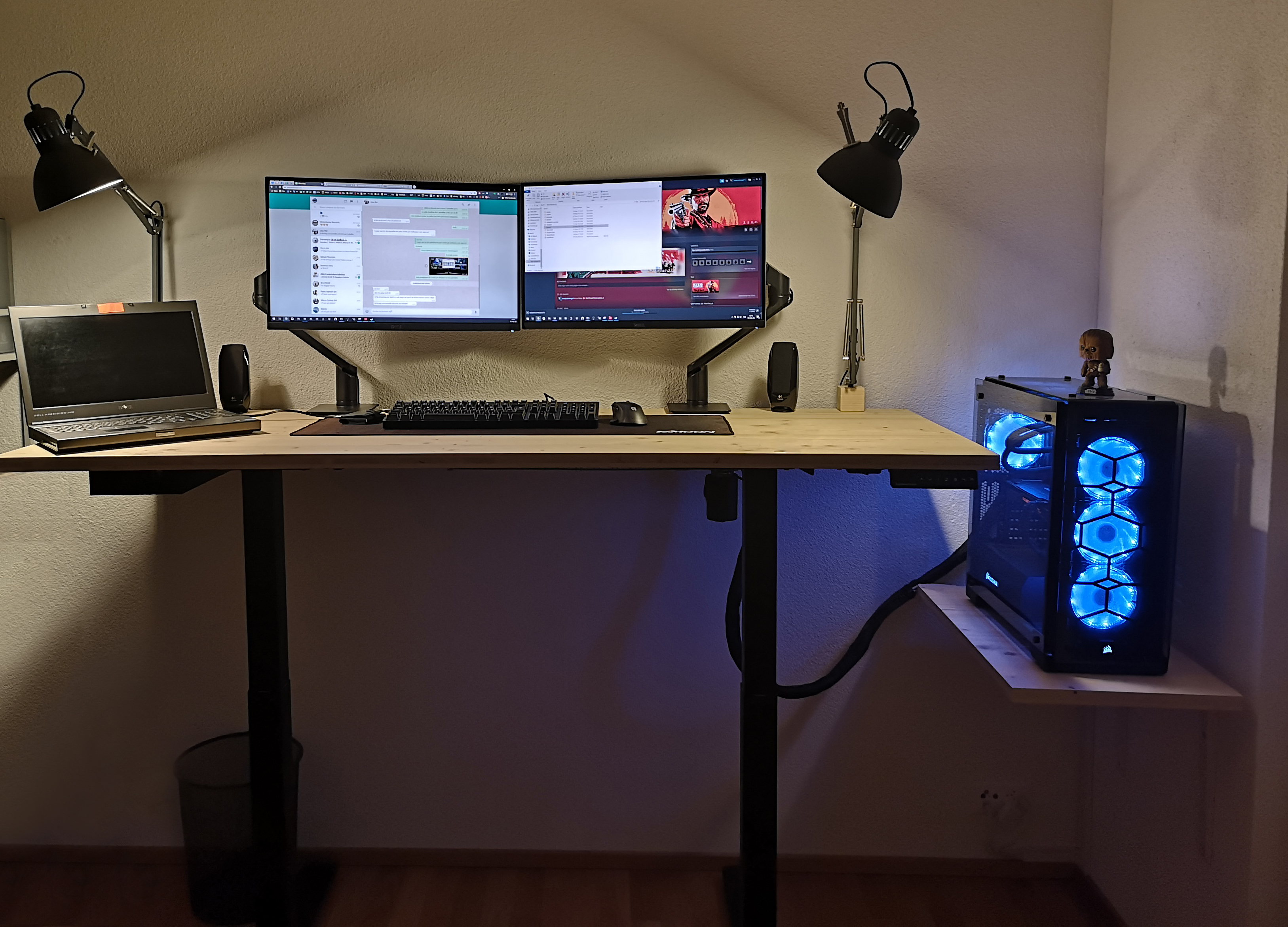 Thanks for your help.
0

Awesome job on the cable management of that system, super clean! 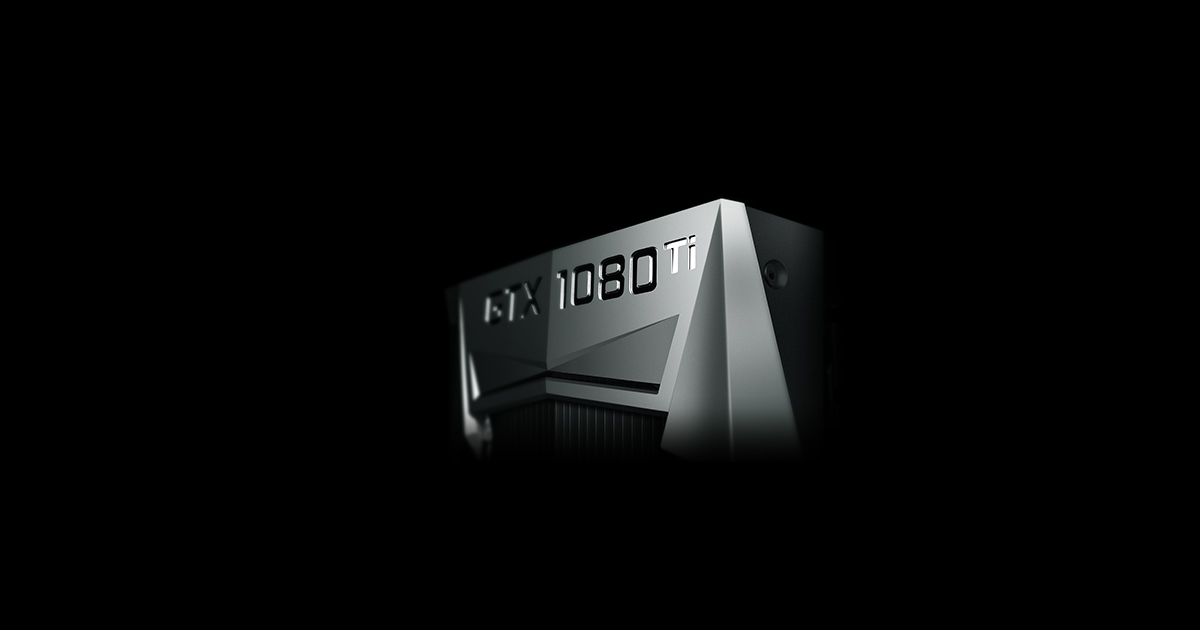 For gaming though with the 1070 I'd keep the resolution at stock, even a higher end GPU will struggle to run that resolution on higher settings (RDR2).
0

Yes but you would have a higher refresh rate and no bezel.
0
T

Thank you all for your replies, sorry for the delay.


WildCard999 said:
Awesome job on the cable management of that system, super clean!

For gaming though with the 1070 I'd keep the resolution at stock, even a higher end GPU will struggle to run that resolution on higher settings (RDR2).
Click to expand...

Thanks, took me quite a few hours to do so So this screen resolution should maybe work with 144Hz, but if I take the double 4k screens it could only be 60Hz.

What do you mean by resolution at stock? the 5120x1440 right? Or you meant no to play in ultra high settings? I could live with that

Im thinking though, together with the message from @WildCard999, the first idea was to go up to higher resolution screens (2 x 4k) and with this I only gain refresh rate, as the end resolution is the same :S Not sure! And I guess this kind of screen needs to be watched from 80-100cm, or you are turning your head all the time.

What double 4k screen set up could you recommend? Even if I need to say that the wide single screen effect without the join the middle sure is a top thing to have.

t_and said:
What do you mean by resolution at stock? the 5120x1440 right? Or you meant no to play in ultra high settings? I could live with that
Click to expand...

I meant if you were going to run DSR with that screen (running above the native res). As for the settings your going to need to lower them for smoother gameplay however since the monitor is typically the least often upgraded part it would be a good long term investment as eventually you'll get upgrades enough to run games on the higher settings at the higher refresh rate.
https://www.geforce.com/hardware/technology/dsr/technology

They are Freesync however they should work with the newest Nvidia drivers and your GPU has enough Displayport connections (required for adaptive Gsync).

Thanks again for your complete and helpful replies.

I didn't know about this DSR technology. Does it really look like a 4k? (have you tried in on yours?) Is that also possible to use even when not gaming? It would be fine for me to play with 5120*1440 but when photoshopping and so I would like to have the 4k "effect".

I guess I could buy it (as the offer is ending) and if not happy give it back.

(I would have to make a wider table in order not to sit attached to it, but thats easy solvable )
0
K

The best part, for me, by far, is: NO BEZEL in the middle!

That said, I guess the question is, how much do you really need the extra resolution?

I was getting interested in ultra-wide for home use. I was also frustrated working at 1920x1080 on my work from home days. I was considering the big Samsungs that were announced that were going to be 3840x1080, literally exactly what I had at work. But, they weren't yet available.

I ultimately went with my current monitor, a 38" Acer with 3840x1600 resolution. I wanted the 3840 because it would match what I had at work. I thought that I wouldn't need the extra vertical space, but this monitor was available with an approximately 21:9 aspect ratio, and Samsung's 32:9 monitors weren't out yet.

Well, I discovered 2 things:
I since upgraded the video card (back in early 2018), but if I'm going to play any intensive games, I think even the GTX 1080 I'm currently running would struggle at times, even though I'm realistically running only 74% of the number of pixels that a full 4K screen has.
Reactions: WildCard999
0
T

Thanks for your complete reply.

I think not having the bezel might indeed be the best thing!

I went for it and bought one before the offer finished. Ill try and see for a month (guess there is no better way to see if it suits me), and if Im not satisfied I'll give it back.

Thanks to everyone! I'll let you know my experience with it
Reactions: WildCard999 and King_V
0

I've tried DSR above my native 2560x1080 and it looks a bit odd, especially in desktop, kind of blurry. I only use it for anime style games to make any jagged edges disappear and make it so it appears drawn (Xenoverse/Naruto/etc).
0
T

So I've been trying it for a day now, and I need to say that the no bezel is really quite a cool thing and also the high refresh rate makes quite a remarkable difference too

Im gona try now the calibrate properly the screen (I found this website to do so: http://www.lagom.nl/lcd-test/ but you might know better places)

Thing though, with the nvidia control panel I'm just allowed to enable 100Hz and 120Hz doesn't show :S, that normal? Also when enabling the 100Hz instead of the 60Hz I kind of feel that the text isn't "as sharp" or looks strange when compared to the 60Hz, am I missing something?

Thanks a lot for your help!

I never really messed with the calibration on my screens, picked a preset and then made some minor changes so I can't really speak for 3rd party software.

Increasing the refresh rate shouldn't really affect the text, may need to adjust via Windows Cleartext.

I wouldn't risk the monitor on that arm if specs say it won't support that weight.
0
T

I made as you did and now the colors look quite good to be honest!

Yes maybe it's too risky :S

Thing is though, I kind of feel I would rather have more resolution (two 4k displays) even if I need to say that not having a joint in the middle in this 49" is really cool (but resolution isn't...)

I considered this 2 options (cause the one you proposed me isn't available here :S) (and I still got a couple weeks to think if I keep this 49 )

Any thoughts? (Ill keep wondering if I keep the Samsung though, when playing RDR2 it's really amazing...)

Well, it's not quite what you're describing, but there is this:

A super-wide (my term, not an official term) 32:9 monitor, but with 5120x1440 resolution. The higher resolution will, of course, exact a performance penalty from your gaming (the video card has to push more pixles per frame), but, while the same size, it is higher resolution - just not dual-4K resolution/

There are one or two more super-wides similar to the Samsung I linked to, but also a few different varieties of 5K and 8K monitors. I know nothing about these models, but it's worth looking to see if something appeals to you.
0

If your going with two 4K monitors I'd find something that is Freesync/Nvidia compatible and preferably over 60hz unless your fine with that refresh rate (gaming should still be smooth with the Freesync @60hz).
0
T

Hi all! I've been using and comparing both 2xDell u2718Q vs 1x Samsung CRG9 and I finally stayed with the Samsung and gave back the Dells. Need to agree on you that not having the join in between and the higher refresh rate does indeed make difference!

I just had to extend a bit my table (more depth to the wall to be able to sit correctly in front of such a screen). I'm looking now at an arm able to hold this beast, and for what I've read, the Ergotron HX is the only one able to hold this :S (which isn't exactly a cheap one).

Thing I wanted to ask you though,as I would like to keep my cable managment as clean as it is on the first picture but the Display port cable that came with the monitor isn't long enough I need to find a longer one. Thing is though, I tried one that I already have (5m long) but picture quality is <Mod Edit> compared to the one that came with the screen. So I guess I should be a better one (and at least 3m long).
What kind of display port do I need for this 5k120Hz monitor? 1.2/1.4/2.0 Display port?
I haven't really found the proper answer online!

Thanks a lot for your help! I'll let you see how the set up looks when finished Have a nice weekend.
Last edited by a moderator: Mar 30, 2020
0

I'm not too sure which cable to get, most should work fine.
0
K

Yeah, that's a bit out of my league, too - I think it would be best for DisplayPort 2.0, as the later versions tend to get more bandwidth to support more pixels and higher refresh rates, but I never really looked into anything of that high resolution, let alone combined with that refresh rate.

A billion colors, 16K resolution, Thunderbolt 3 -- DisplayPort 2.0 is on its way

The new DisplayPort 2.0 standard is the highest bandwidth connection we've seen to date for a dedicated display connection. Here's what you need to know.

Thanks all for your replies.

Actually it works good with the one that came with the monitor, but I can't find what kind of cable exactly it is :S How to Choose a DisplayPort Cable, and Not Get a Bad One! - DisplayPort

t_and said:
Thanks all for your replies.

Actually it works good with the one that came with the monitor, but I can't find what kind of cable exactly it is :S

Oh, hm, well, that's embarrassing - the article is one I posted, and I missed that it says DP 2.0 is going to start being available in late 2020.

I'm assuming you have a 1.4, but, other than going back to the site or vendor where you bought it, and looking at the details, I am not sure if there's actually any indication on the cable anywhere to identify which version of DP it is.
0
T

I kept looking (digging) and could finally find that it's indeed a 1.4