Sidebar Sidebar
Previous Next Sort by date
I

So, today I've downloaded the text-to-speech Software UkrVox (https://biblprog.org.ua/ua/ukrvox/ ), which is entirely in Ukrainian, so it's mostly Standard Cyrillic characters with a few less common Cyrillic ones and the same number symbols as in English. Unfortunately, the software, including the installer, interprets all of the Cyrillic text (numbers and Latin characters work fine) either as random characters or question marks. It looks like this: 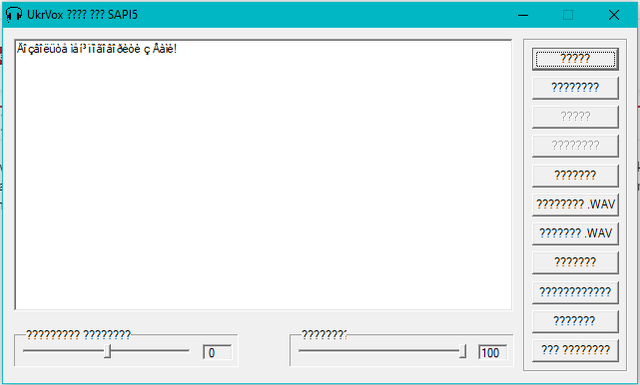 The menus opened by the buttons also look like that: 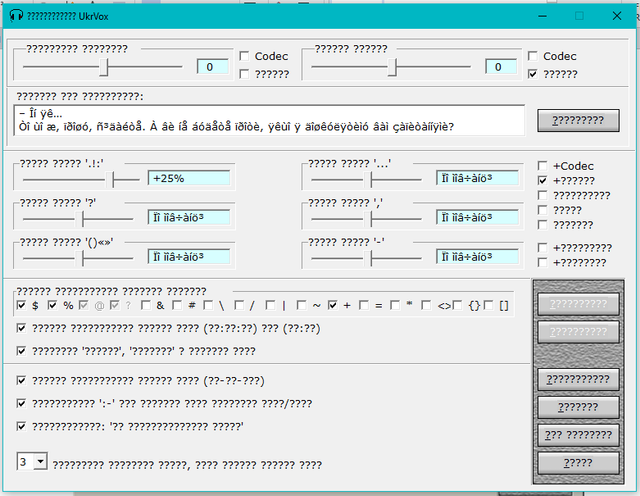 One of the other buttons opens an .rtf help file, which contains an image showing me what the above menu should actually look like: None of it says anything about character encoding. Does anyone have an idea how I can fix this? How can I start software and tell Windows to interpret it as Unicode, ANSI, etc. text?

it dont have win 10 support remove it and see this link https://www.techradar.com/news/the-best-free-text-to-speech-software
0

install the Ukrainian language pack
0
A