Recently, I had gotten a new motherboard because I was having issues with my computer back then. I remember changing the ram speed from 2133 (since it was on that by default) to 3000mhz on my old mobo. Then I’d have the same issue I’m currently having as of now. I had done the same exact thing on my new motherboard which had caused the same issue I had with my previous mobo. I had done that because I thought the problem was my previous mobo and I thought I was safe to change RAM settings. My computer boots up past the W10 logo but then it would black screen after the slow spinny dots. My computer booted up fine these past few days before I changed RAM speed.

I have tried:
But nothing helps me get past these slow stuttering spinny dots. Could the problem be the RAM?

Can you post the exact ram model you are using.
0
D

I’m using XMP profile and only set the DRAM frequency to 3000. Everything I believe was set to auto for timings. I’ve tried booting up while disabling XMP but it didn’t work. I’ve tried setting xmp to 2133mhz but it still doesn’t boot up past white dots. 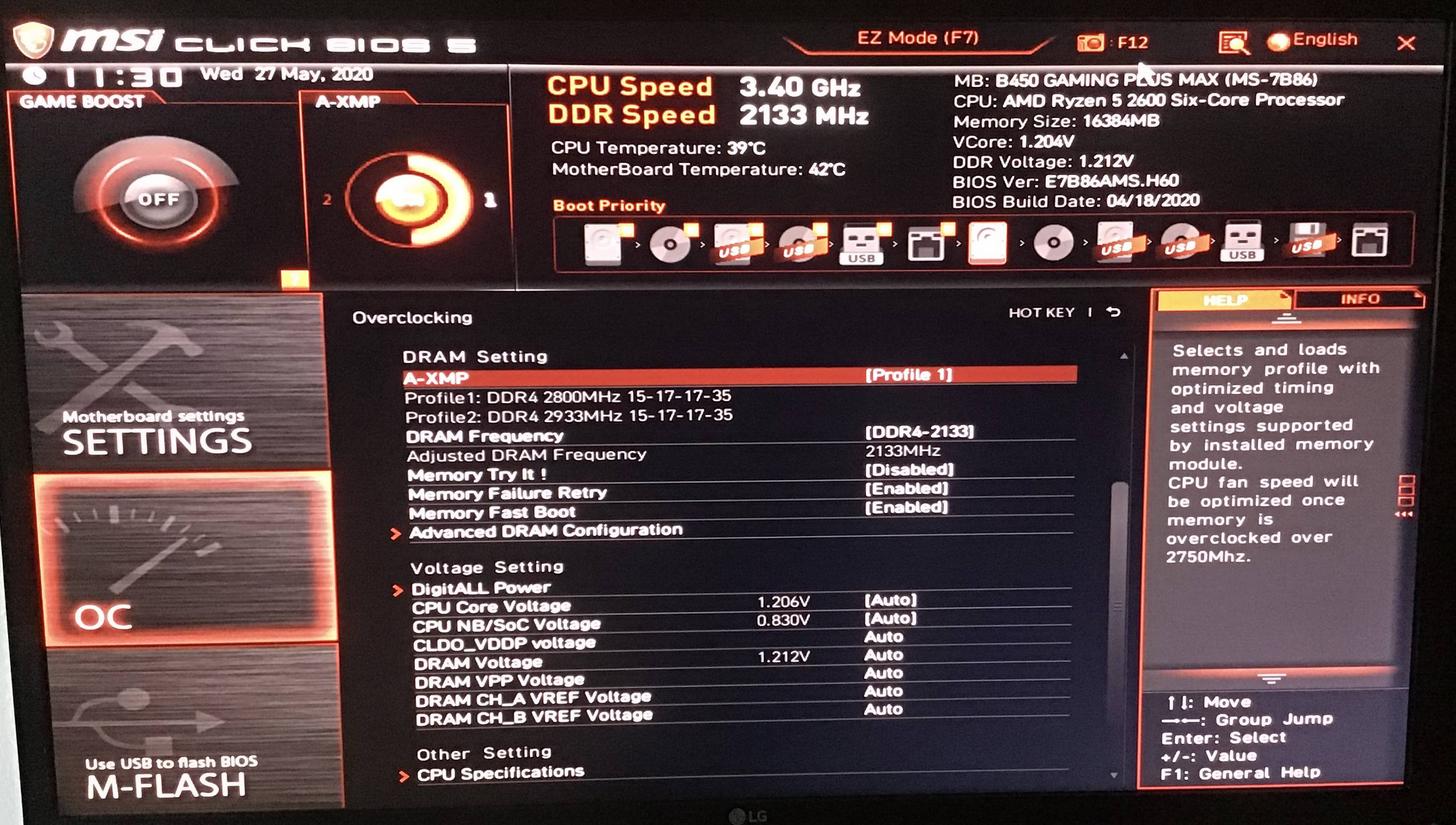 Updating a bios doesnt always restore everything to default, try defaulting the bios in the settings or pull the Cmos battery to reset.
0

I have the same board my Ram wouldn't get spec speeds with xmp or game boost try turning off xmp and use the Memory try it! It has a fail safe that reverts to 2133MHz if the setting you picked doesn't work right. That is the only way I was able to get my highest speed so far 3333MHz has been running stable for 3 days now.