I think my Samsung EVO 870 SSD firmware got corrupted and for looking for the firmware to manually flash it with, I headed over to:

www.samsung.com
to the firmware section, but there's no firmware file for it.

I got in touch with Samsung from my country, but the lady that I was talking to was like "firm what?", and by trying to explain to her what I meant by that, she ended up suggesting me to shoot an email about the issue to a third-party service called hanaro.eu.
Since it's friday, they might not see the email until next week, so I decided to bring up the issue over here, in the hope someone could help me out before the next week.

The two drives are not the same, so no you can't drop in the QVO firmware onto the EVO. You might want to explain why you think your SSD's firmware might be corrupt(...?) As for your build, please list the specs to it like so:
CPU:
Motherboard:
Ram:
SSD/HDD:
GPU:
PSU:
Chassis:
OS:
Monitor:

Include the version(not edition) of the OS and the age of the PSU(apart from it's make and model + wattage). BIOS version for motherboard? Which SATA port is the SSD populating on the motherboard?
0
T

The problem is that 2 months ago my Delux (Model: DLP-50A, 650 W) gave out partially, without smoking, with it still being able to be powered on, although I don't know how old it was, but I assume it must have been around 10 years old, as I was the third user.

I suspect that time there was a shock that might have corrupted the firmware of the SSD, because, quite often, it fails to boot after replacing the PSU, saying it can't see the SSD or saying that there occurred some sort of corruption of the files. I'm suspecting firmware corruption, because in the past a DVD Writer drive firmware got corrupted due to a short, using a totally different PC, but it was still able to work, although it could write only at certain speeds.
This is the PSU replacement:
be quiet!, model: BQ SU7, 400 W (2 months old)

Kindly give this a read, because I have explained the issue in more depth over here:

BSOD pointing at Samsung Magician? Boot up errors due to loose SATA cable? System corruption due to PSU failure?

Hi there, At the end of July this PSU gave out partially (it would still turn on) without any smoke: and after replacing it with this other PSU: I started experiencing problems with system corruption, having to fix the system by having to rebuild BCD entirely, since its folder was missing...

www.windowsq.com
, but here I was mostly concerned about the SATA cable, as I haven't moved it around before the PSU failure, if I recall correctly.

What I plan to do before taking the steps suggested by zbook in that thread, is to flash the firmware of the SSD, to eliminate the possibility of a firmware corruption in case there was one, then install Windows on the SSD on a different PC and test it out for a couple of days using a different SATA cable than the one I was previously using.

In case no errors would show up, I'd would reinstall Windows on the PC that I was having troubles with, and also test it out for a couple of days. 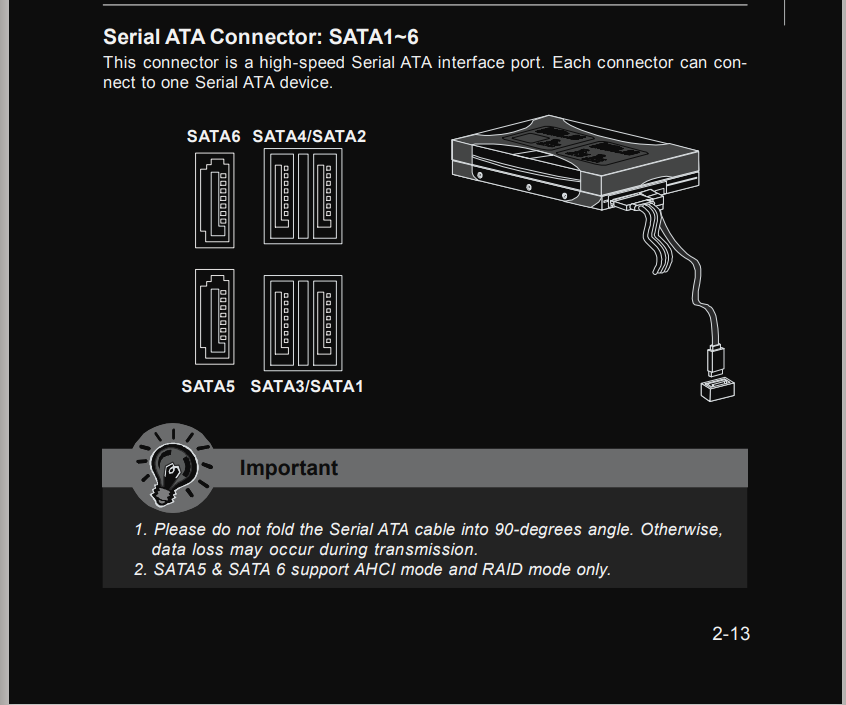 Chassis:
N/A (I can't find the name or model, I'm no the first user)

At this point, I'm surprised you have a system to begin with, given how a seemingly badly built PSU died on you, meaning that it could've taken other components out on it's way out. As for the new PSU, you're underpowered since you're advised to have a PSU with at least 450W at the entire system's disposal.
0
T

I was aware of that, that it could've taken other components out, but sometimes life is life.

About being underpowered, when I got the brand new PSU, I measured the power consumption , using a UPS, by stress testing the CPU and the GPU. Thereafter doing calculations to take into account the other parts (SSD and DVD Writer at peak usage), with the power consumption resulting to a maximum of about 320 W.