Question First PC build won't turn on unless I switch PSU on and off a few times ?

I built my first pc two days ago and I tried to turn it on but only the motherboard rgb lights were on and the fans and the cpu fan turn on for half a second and stop. I can't click the on button again and have to switch the psu on and off and try again. I noticed that when I leave the psu off for about a minute and try again everything is running normally and I can use my pc. When I shut down my pc and come back to it later, I have to do the same thing and switch the psu on and off and leave it off for a while to turn everything on. I also noticed that sometimes the rgb on the RAM turns on when I try turning the pc on but the fans do the same thing when it starts and stops. The lights on the graphics card dont turn on either when this happens unless I cycle the psu a few times and click the on button for everything to work.
PC specs:
MOBO: ASUS Prime X570-Pro
CPU: AMD Ryzen 7 3700x
GPU: MSI GeForce RTX 3070 Gaming X Trio 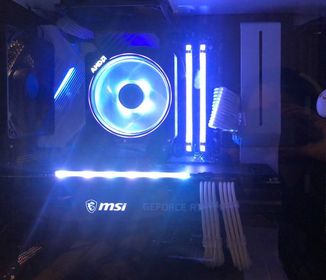