I have recently purchased a 27 inch Dell S2721D IPS monitor. I've been using the monitor for about two weeks with no problems, until a patch of flickering vertical lines appeared on the top left of the screen.

I have determined that the issue isn't coming from my PC, as the lines are also visible while playing on Nintendo switch. It isn't the display cable either, as both display port and HDMI have the problem. I've tested a different power cable, but have not tried a different outlet yet (I'm not sure if this could be a power issue). I've also tried unplugging my speakers from the monitor, in case the lines were the result of audio interference, but alas the problem persists.

I've attached an image of the issue being described. Could anybody help me identify the problem? I am not sure the cause, as the lines appeared suddenly while I was working in CAD software. I am still under my warranty period, but I do not want to return the monitor to Dell if I do not need to. 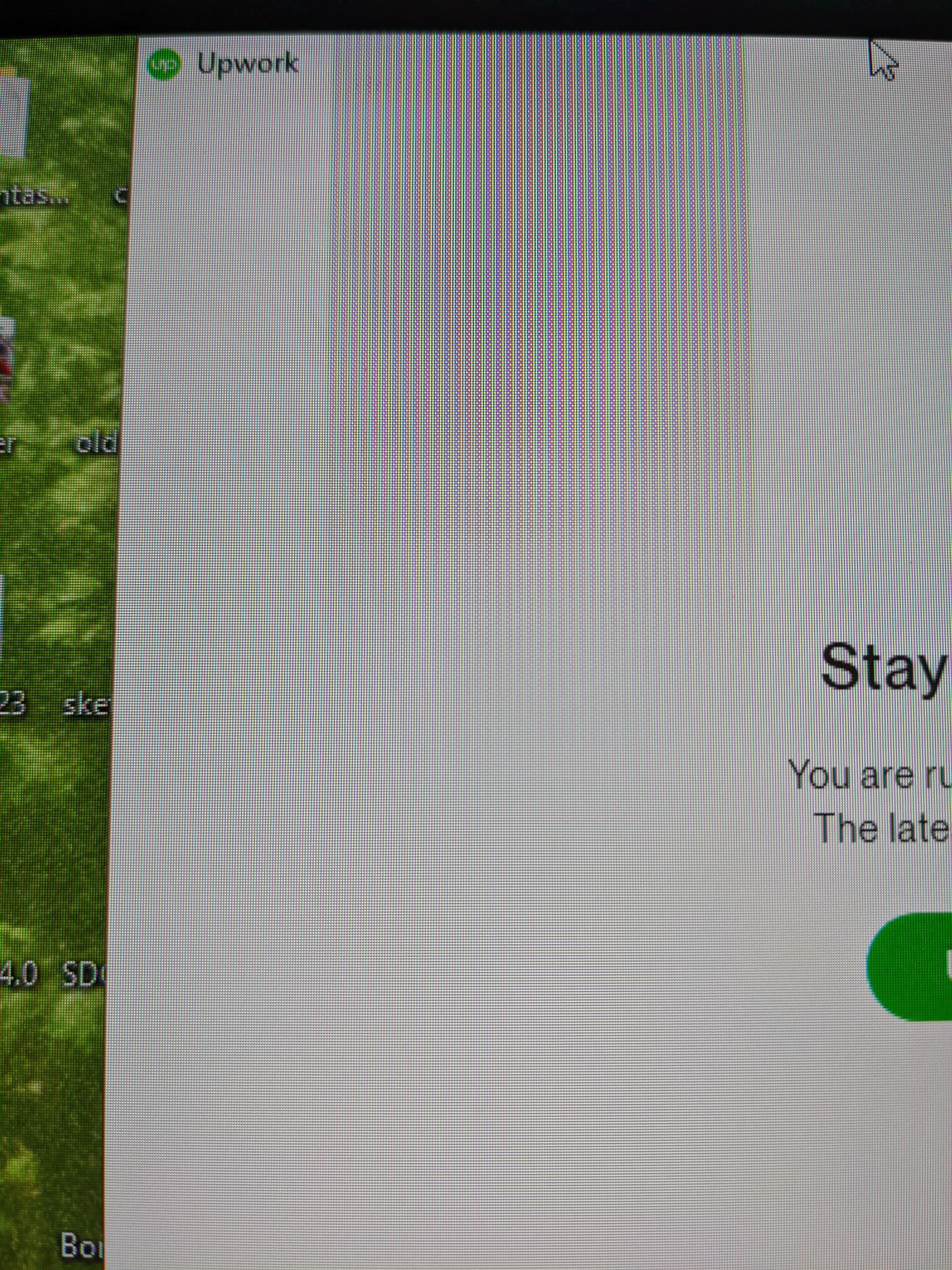 Let me know your thoughts, thank you
0

Try applying physical pressure with your finger on upper part of the screen, where artifact lines appear.
See if those lines change or not.
0

SkyNetRising said:
Try applying physical pressure with your finger on upper part of the screen, where artifact lines appear.
See if those lines change or not.
Click to expand...