Sidebar Sidebar
Previous Next Sort by date
A

The last few days I've been having frequent connection drops on my desktop PC (wired connection). All other devices wired or otherwise appear to be fine. The drops come at a pretty random interval. Anywhere from 5 minutes apart to hours apart. They seem to happen no matter what I'm doing. The drops are very brief but consistently drop me out of any game I'm playing, but oftentimes video streaming is uninterrupted as well as things like Microsoft Teams meetings and Discord calls.

I had some other issues very recently which turned out to be an issue with my PSU, but my Mobo was in question too at the time. I figured that maybe something got messed up with the network portion of my Mobo during that whole fiasco so I bought a network card. Unfortunately, that new network card isn't solving the issue. I've also tried an ethernet to USB adapter that I had laying around from using with my Wii U years ago, but that gave the same result. I've tried different ports on the router and different cables as well. It's starting to feel like it's not a hardware issue, but I'm really unsure where to go from here.

Any help is highly appreciated! This is a very frequent and very disruptive issue.
1

Look in the Router's logs (if available and enabled) for reported errors.

Power down the PC, unplug, and open the case.

Clean out dust and debris. Reseat all cable plugs, cards, RAM, and jumpers. Ensure that all are fully and firmly in place.
0
A

In the Reliability History I am finding that "Avast Update Helper" is failing to "reconfigure" many times a day. I wonder if that could have something to do with it... 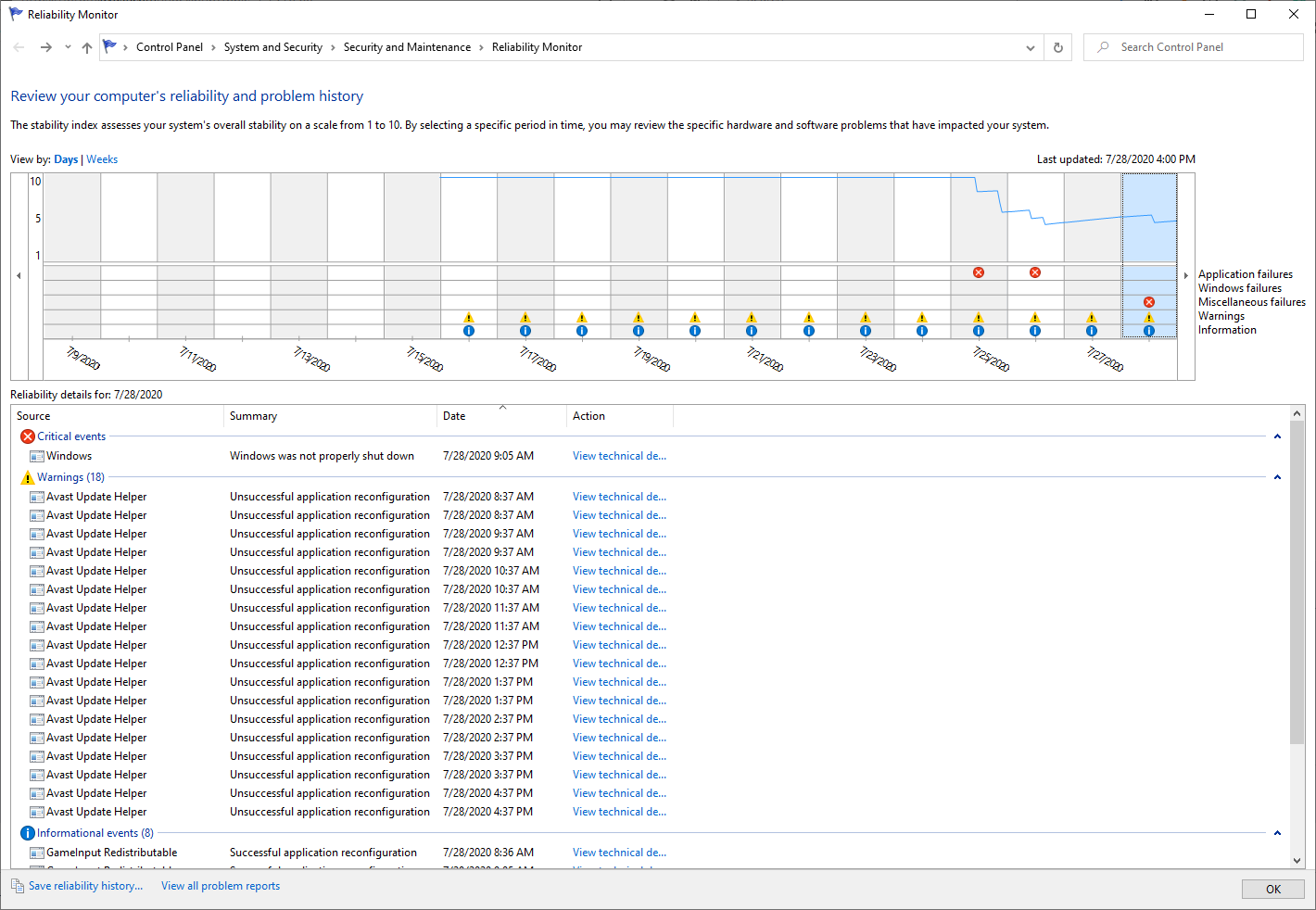