Disclaimer:
I don't know too much about computers, only bits and pieces I've picked up over the years, I'll try to be as helpful as I can in giving details!

Computer freezes at random times. Even when not doing anything in particular, and being away from keyboard. It happens more often when playing games.

The freezes are sudden and without warning, and the only way to get out of it is to manually restart. Sometimes, the freeze turns into a blue screen. The percentage on the blue screen freezes at 50% so a manual restart is still needed. 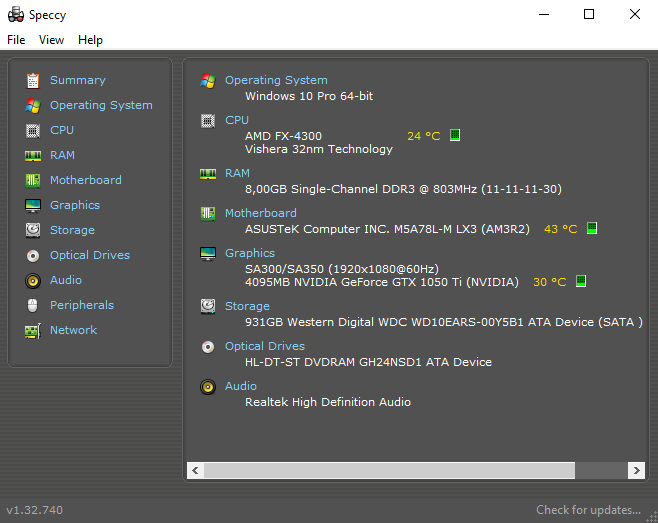 Things we've tried:
Vacuuming the outside and inside of the computer to get rid of dust.
Checking to see if the temperature gets too high. It rarely gets any higher than 50 C. 60 C on a really bad day.
Disabling things in Task Manager that use a lot of resources.
Playing on the lowest possible graphics settings.
Reverting to the previous graphics driver version. Updating again.
Repairing games.
Chkdsk to scan the whole hard drive.
0

Open the ram and clean its contact with a lint free cloth and do the same with the gpu, de-dust their slots and then recheck.

Will try that and come back with results. Thank you!
0
S