I put the photo of the motherboard with the 2 markers marked with Red and Blue, the Red one comes with a heatsink with a head that insert into the overhead of the slot, while the Blue one doesn't. I just had my rig assembled and installed Windows on my Samsung 970 Evo Plus. I tried install 970 onto the Red slot but it doesn't detect the drive, the Blue does detect it somehow. After installing Windows and drivers, I tried putting my Samsung 850 at the Red one with the heatsink on top, it doesn't detect it as well. Other SATA, HDDs are totally fine. Do I have to get into BIOS to fix it? I'm using a Wireless/Wired keyboard so the motherboard itself doesn't detect the keyboard so I can't enter BIOS. If I have to, I guess I will buy an PS/2 adapter or a cheap wired keyboard.
Running on i5-10600 (non-K) and 16GB RAM of Crucial Ballistix 3200Mhz 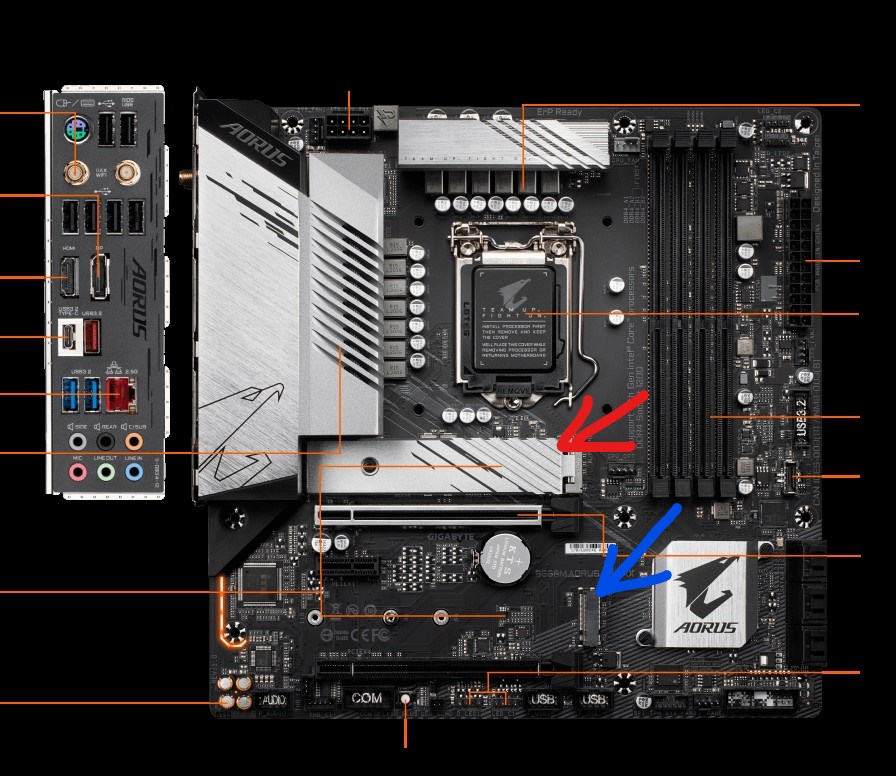 The upper slot (marked red) is only usable with 11th gen cpu. With 10th gen only the 2nd M2 slot (marked blue) is usable.
Reactions: CreatorOWP
0

I am having an issue where I have installed a new M.2 Stick into the Blue slot. Now I am unable to see my other drives and had to reinstall Win 10. After installing my other drives are still not there. I have tried all of the available Sata ports on the board and nothing.

[Solved]
Helps if you install the motherboard drivers after new install....and read the manual. Sata1 shared with M2A_SB. This wasn't in the manual that came with the board but is in the online version.
Last edited: Aug 20, 2021
0
M 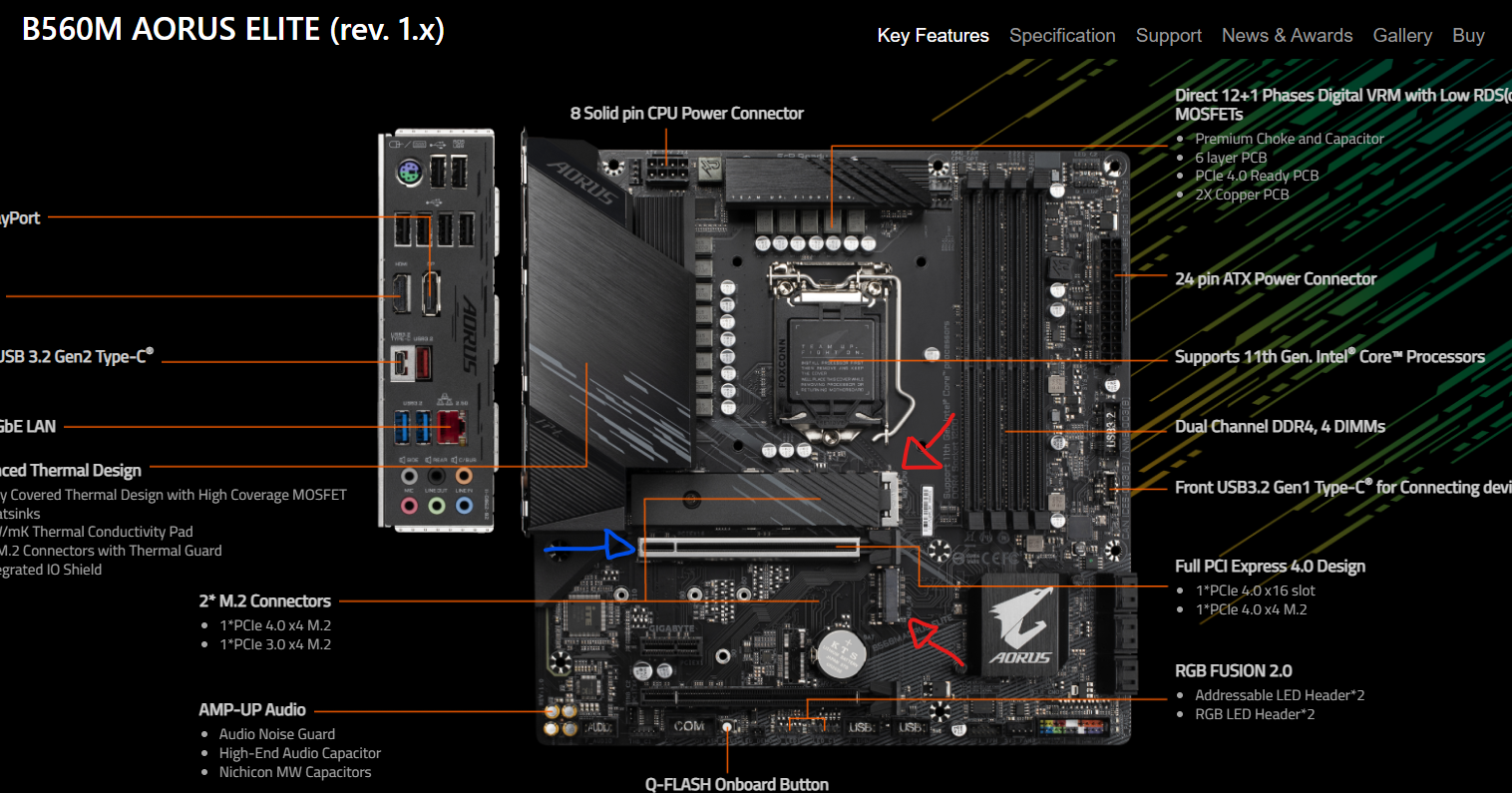 Can I use 2 NVME with one video card?