Hello. I recently purchased a Gigabyte M28U and it's being used mainly with 2 Macbooks (one personal, one from work). I have it set up as seen in the picture, and long story short, I don't think the KVM switch works as advertised. The way I see it there are two glaring problems:

1. KVM Issue: I believe the KVM button in the back of this monitor is supposed to direct whatever peripherals are plugged into the USB-A ports in the monitor, to whatever display is active. It works for the most part except when I need to switch between the two Macbooks. If I'm on my MBP14, and I put it to sleep and switch over to the MBP16, I can use my mouse to wake up the laptop but I have to plug the keyboard cable out and in again for it to be recognized. This is annoying to say the least.

2. Display Issue: When I'm active on one laptop with the monitor, if I open the other laptop it still thinks the external display is connected. E.x. I'm working on my MBP14 in clamshell mode and that is what the display is showing. If I open up my MBP16, it thinks that the display is active and I'm able to drag windows over to the monitor (even though the monitor is displaying the MBP14's stuff). This is not as big of a problem since I don't often have both laptops in use but is a minor annoyance.

I've thought about using a KVM switch or some combination of another USB-C hub, but the entire reason I brought this monitor was because I thought the KVM switch would be useful in reducing the amount of cables and I'm a little disappointed to see that that's not the case. Unless I'm missing something, is anyone able to suggest a solution? I thought about using a separate USB KVM as seen in the second pic but it would be a mess of cables. I've also found this but not really fond of having to shell out $350 for a docking station. Would appreciate any suggestions! 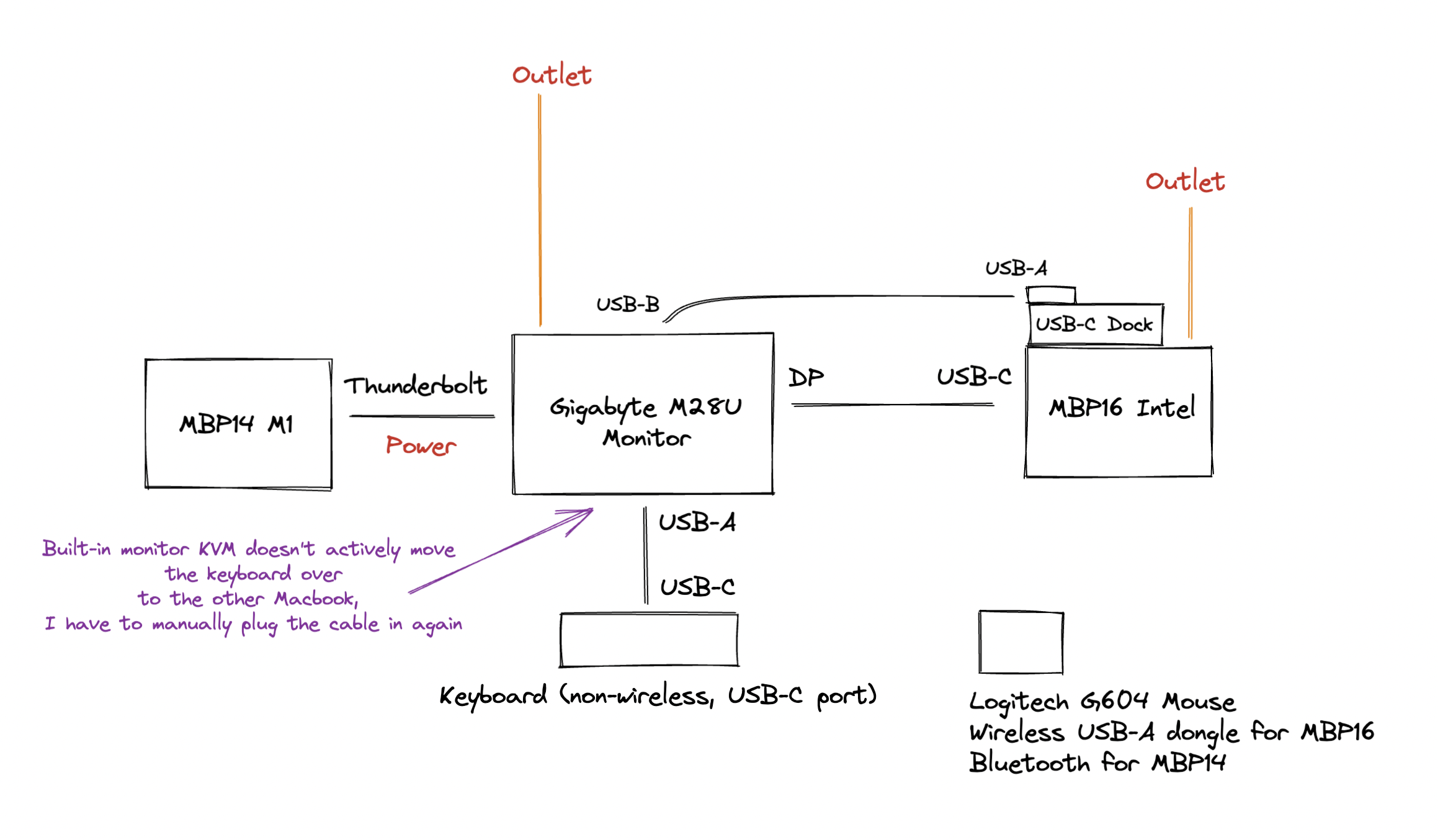 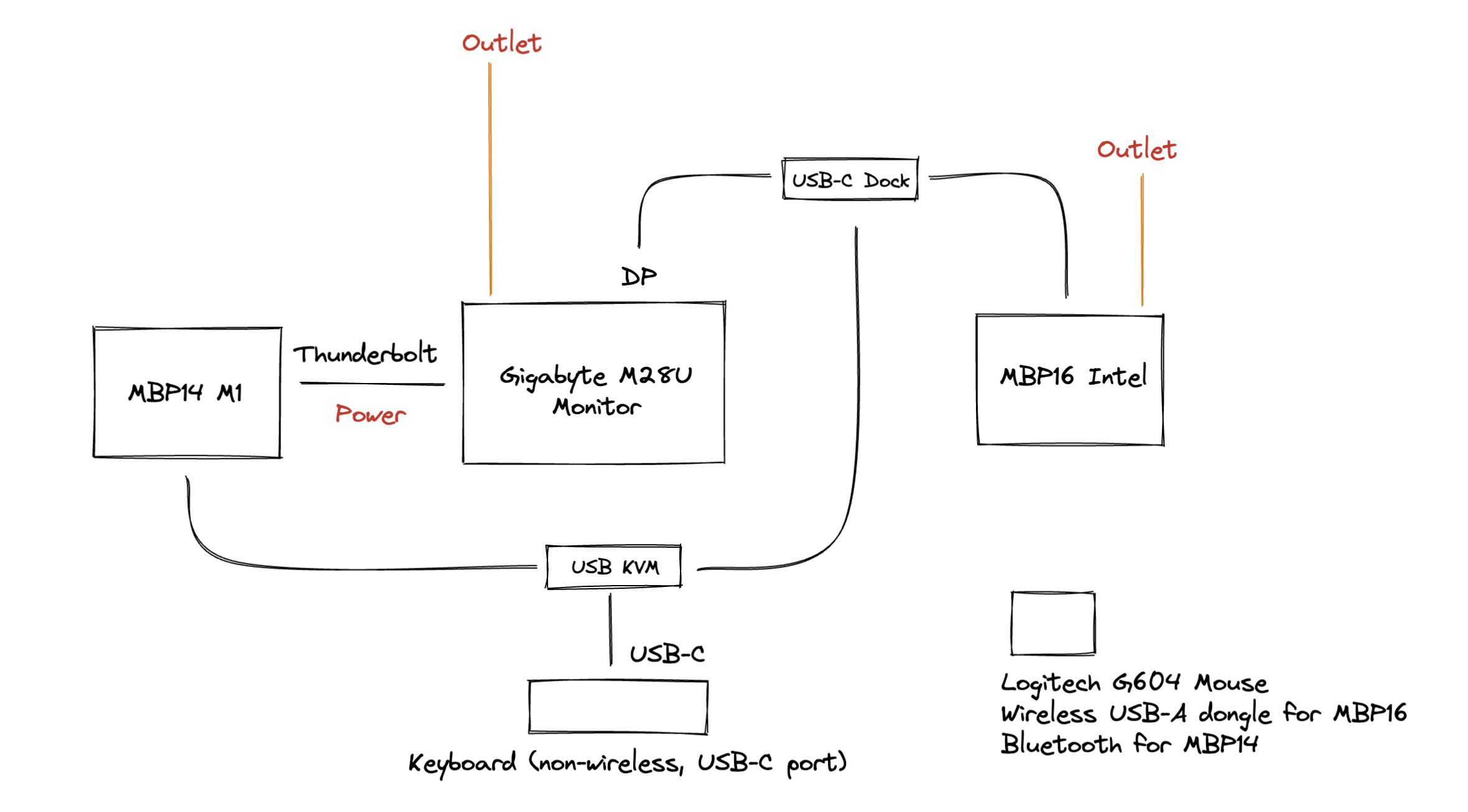