Hello,
I've had this Gigabyte 980 ti for a while and i gave it to a friend. It was damaged somehow and would't output anything to monitors (pretty sure it didn't really do anything. I baked the card at 385 F for 8-10 minutes, following the advice of ifixit. I've done this 5 or 6 times before with success on other cards so i was sure it would work. After trying to power the card on again after letting it slowly cool it was able to output video to the monitor via dvi-d, so i thought it was ok. As soon as gpu drivers started taking effect, going from 800x600 to 1920x1080, it crashed, or the dvi-d was broken. i didn't try any other ports at the time. A year later i came across this card and i took it apart and cleaned all that i could on the board, fans, fins, etc. I put it into my desktop and connected to hdmi vs dvi-d when i first tried to test it a year ago using a thermaltake 1000M Black riser for the pcie and plugging it into power from the 600W psu inside the case. I was able to boot and get display, and after installing nvidia drivers all seemed good. I ran msi afterburner and kombuster and got the attached results. Does anyone know what could be going on?

Thanks for the help. 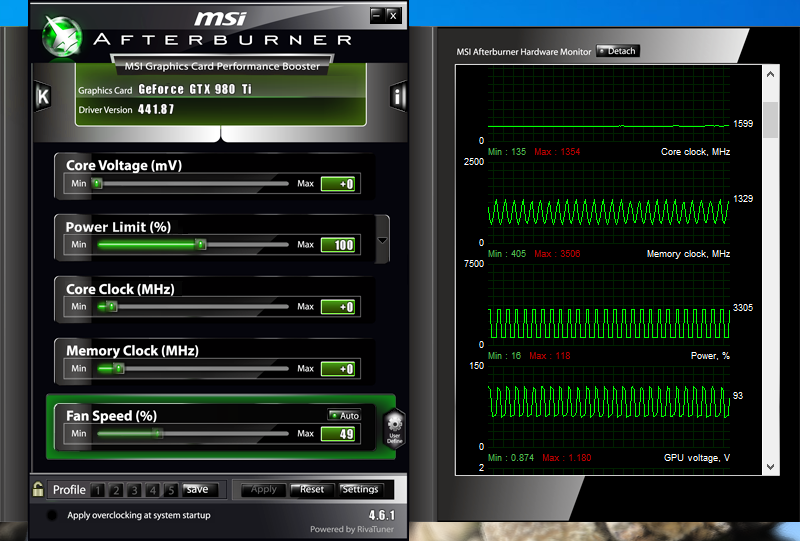 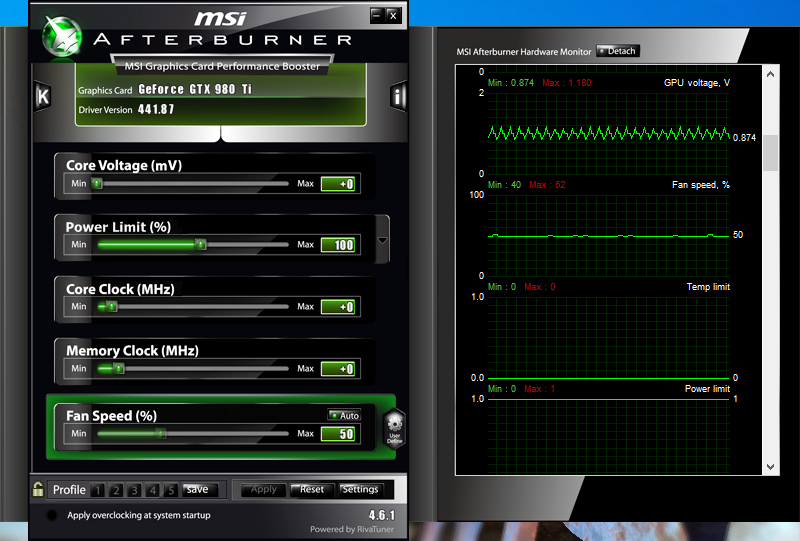 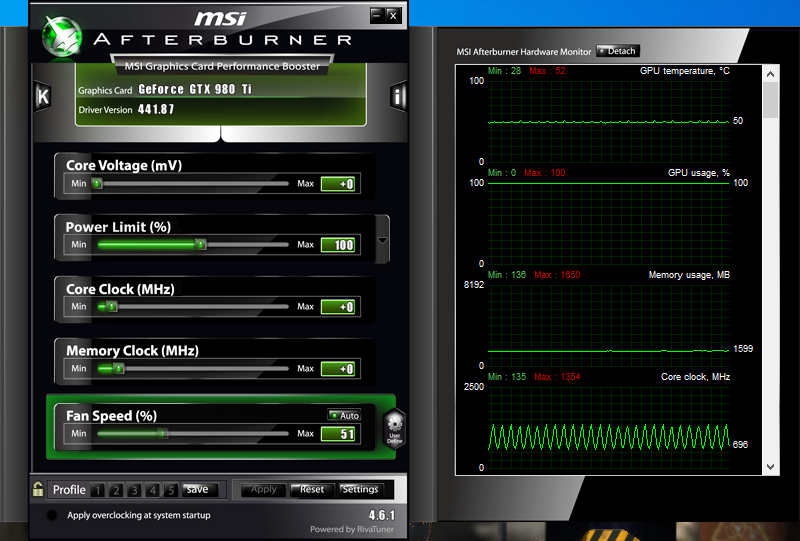 It's alive and it now has a heart beat?

Could simply be bad sensors, does it work despite this?

You baked it, could be anything loose or damaged on it that you would only be able to troubleshoot with specialist equipment and full schematic.

My guess would be the clock crystal was damaged, or something to do with that circuit, but literally a guess. That or you have some weird software causing it to constantly change clock speeds.
0
S

Hi,
It 'works' fps in game or benchmarks wildy flucuates (60fps margins) while standing still, corresponding to the drops in memory and core clock. The computer eventually did crash and i was left on a pink screen. I'm thinking of baking the card again to see if it will work. I've basically written this card off as not working so i'm not super worried about it having to work, but it would be nice to be able to use it for a friends build or something.
When i baked the card, i checked to see if any components had moved or fallen off and i couldnt see anything on the tray that i did this on. I wouldn't think that it would be damaged from the baking process because these boards are assembled this way. I work at an electronics manufacturer as a lab tech and we usually reflow cards to fix issues like these. I was looking to see if this could be some weird software issue like you said. This card is installed on basically a fresh windows install so i don't think that would be the issue.

My theory is that the card is trying to boost using nvidia's boost technology, its going up to a certain point then it either senses an issue and reverts or the components needed to maintain that level of voltage can't handle it. The gpu mostly sits at around 30-40 c (gpu boost is dependant mostly on temperature) Mind you that 2/3 fans on this card are busted and i have another fan strapped to it. These behavior is way too predictable and periodic, which makes me think that its hardware boosting, and failing.

Anyways thanks for your input.
0

Current sense issue might cause it to rebound like that. That circuit is usually pretty easy to find. Might actual be a cause for hardware modding it so that it no longer considers it.