My previous monitor's display died due to unknown power issues and got a used one just yesterday. The "new" monitor and the new VGA cable I got are known working and I checked them both multiple times and are working. 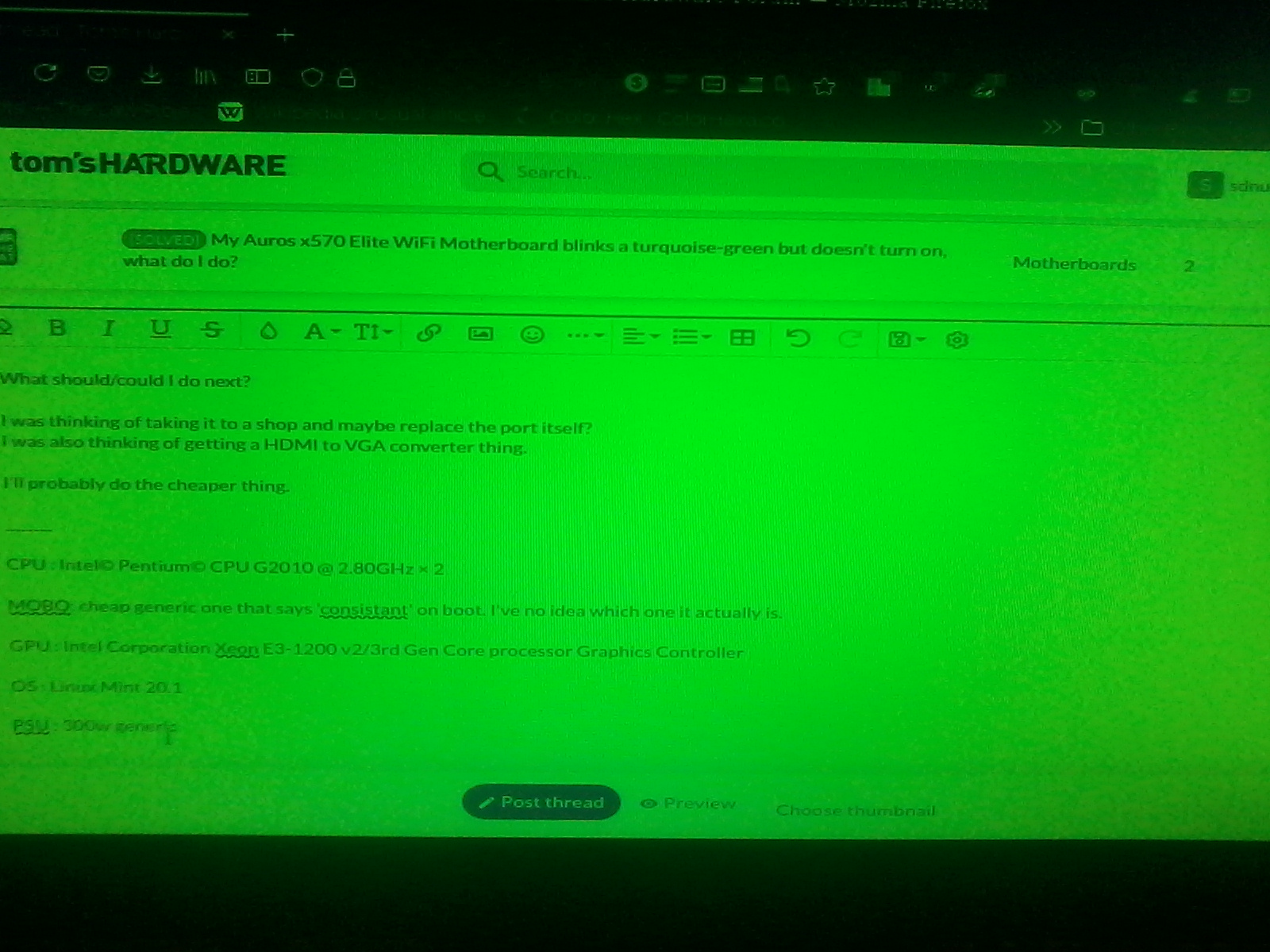 The pc is without a GPU and runs on intel integrated graphics and is connected via VGA port on the MOBO as the monitor has only VGA port.

I did all the troubleshooting steps as seen after searching about it online including software issues.

I've finally narrowed the origin of the issue to the port and checked the output voltages of R, G, B pins, after connecting VGA cable to its port and using a multimeter's continuity on the other end and the results show R = 0.06, G = 02, B = 0.02 but as I'm not really an expert technician so not sure what it means and if my 'narrowing down' was any good.

The mobo is kind of plagued with tiny tiny power related issues (not the PSU) but everything in general works fine.

What should/could I do next?

I was thinking of taking it to a shop and maybe replace the port itself?
I was also thinking of getting a HDMI to VGA converter thing.

I'll probably do the cheaper thing.

MOBO: cheap generic one that says 'consistant' on boot. I've no idea which one it actually is.

It seems the blue and red pins aren't delivering voltage....and I would suspect that's due to a fault on the MB.
I would try the HDMI to VGA converter next or buy an HDMI display.
0