Hello everyone, so i got my gtx 1050 ti a year ago at september 9th. It worked fine in the past however i dont remember when this problem started happening but nowadays my gpu is underperforming a lot. Cpu usage is constantly at 100% while gpu is at 50 to 60%, giving me less frames then what i should be getting in games. I know for sure that it isnt bottleneck as i have seen people benchmark with the same specs and with even worse cpu's and their gpu is at 100%. Here are the specs for my pc:
GTX 1050 Ti 4gb Zotac
Intel core i5-4460S
12gb ddr3 1600mhz ram (one 8 gig stick and another 4 gig stick)
350w psu
1tb hdd + 120gb ssd
b85m hd3 mobo

Here are the fixes that i have tried so far:
Setting everything from mobo bios to control panel to nvidia control panel to maximum performance from power saving.
Cleaning the gpu.
Overclocking.
Tweaking the nvidia control panel.
Editing values in the registry.
Gpu temps are mostly from 60 to 65 degrees celsius while gaming and in intense load, it reaches 70. Cpu has similar results with 60 to 65 degrees and reaching 70's. I would appreciate if someone could help me out as i am getting a lot less FPS than i should be in games (e.g im getting 40fps in warzone on 720p low when i should be getting around 60 to 70.
Edit: Here is an image of me in warzone with the stats shown with afterburner: 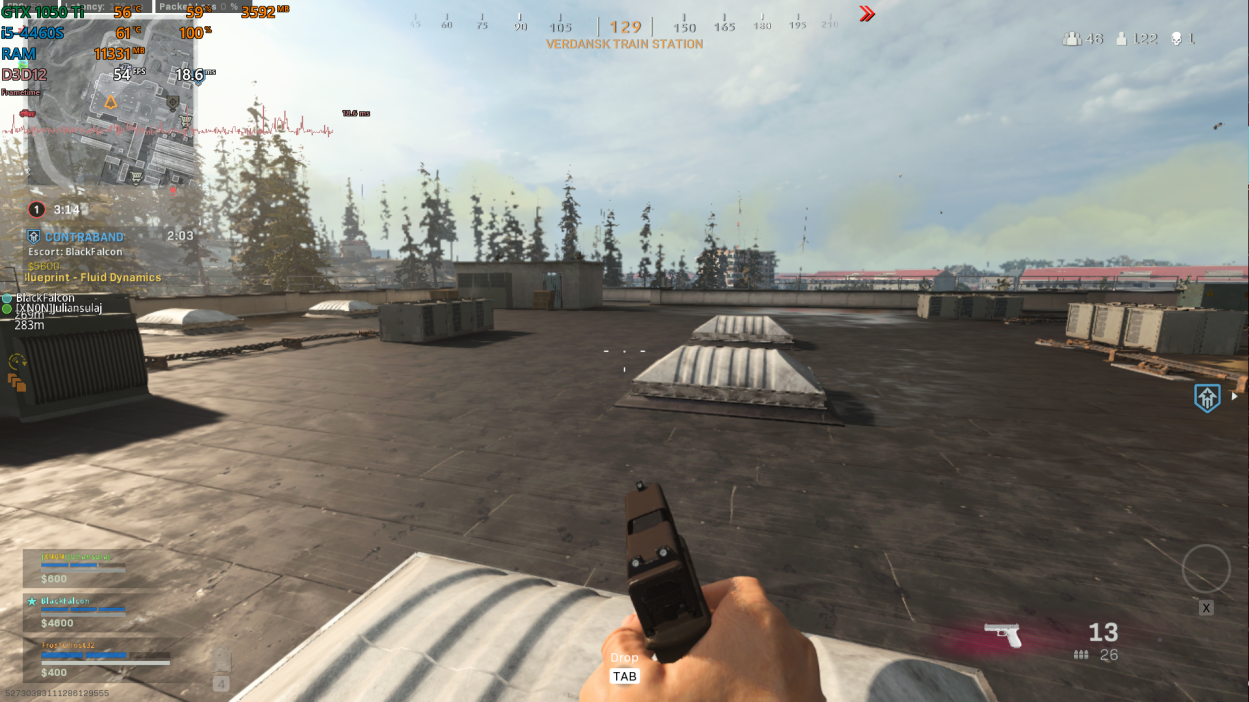 cpu at 100%, that might be the issue.
what the cpu temp
Reactions: spentshells
0
F

I also see your 12 GB of RAM as an issue. You have paired two different sticks of RAM together which means you are using single-channel RAM instead of dual-channel RAM.
0

Interesting, I didn't know that was a thing.
0

you are simply running low on cpu power, it's tapped out. Better than 4 threads is pretty well required these days for modern games. kill off any background processes not needed.
0
R

spentshells said:
you are simply running low on cpu power, it's tapped out. Better than 4 threads is pretty well required these days for modern games. kill off any background processes not needed.
Click to expand...

Yeah, Modern Warfare and Warzone are quite heavy on the CPU, even my overclocked 5.1 GHz 8 core / 8 thread i7-9700k gets pushed pretty hard. It's no surprise that a 6 year old 4 core / 4 thread CPU with a boost clock of only 3.4 GHz is having trouble running it.
0

spentshells said:
is that game any good?
Click to expand...

Which one and how do you mean?
0

sorry for the threadjack op
0
R

spentshells said:
you are simply running low on cpu power, it's tapped out. Better than 4 threads is pretty well required these days for modern games. kill off any background processes not needed.
Click to expand...

Will try when i get to my pc, really hoping it works. And also, this problem isnt only on warzone, its also happening in other games like fortnite, rainbow six siege, dead by daylight etc.
0
F

Ok so i decided on a userbenchmark and here it is:
https://www.userbenchmark.com/UserRun/34645622
0
F