Hey there, I have a bit of a hard time understanding the behaviour of my GPUs.

While playing some games that really push the GPU I noticed (using MSI Afterburner), that one starts to reduce the clock to somewhere around 1600 MHz (sometimes even below 1500). The other however is stable at ~1800 MHz. I expected them to be fairly similar but this feels a bit off, do you have any idea what could be causing this?

Here some screenshots of the situation I described above:
1st one (Asus) -> notice how the core clock is stable at 1886 MHz apart from a few smaller "drops" 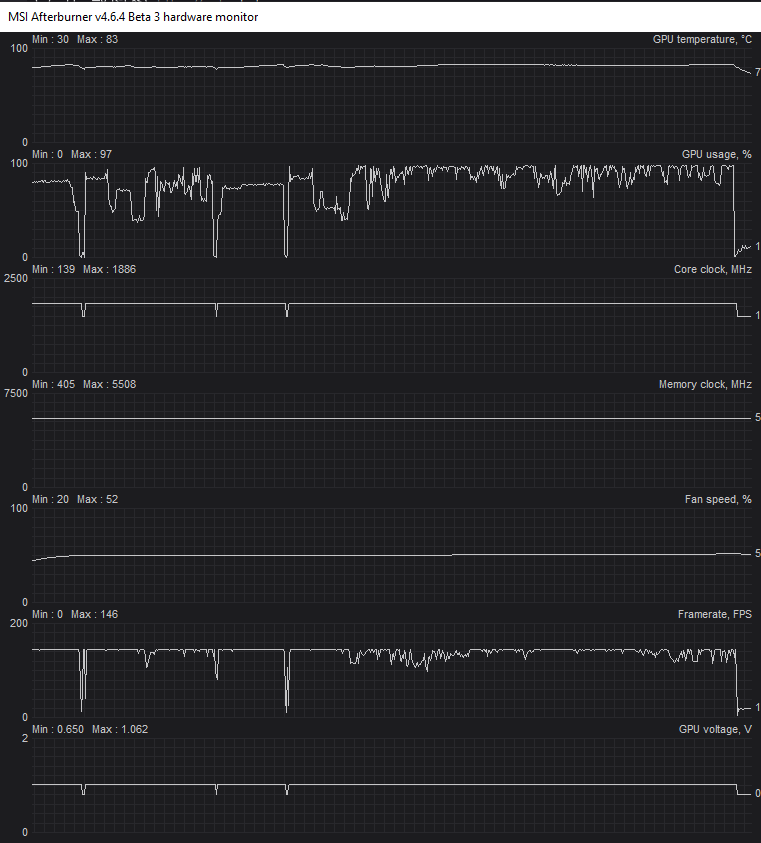 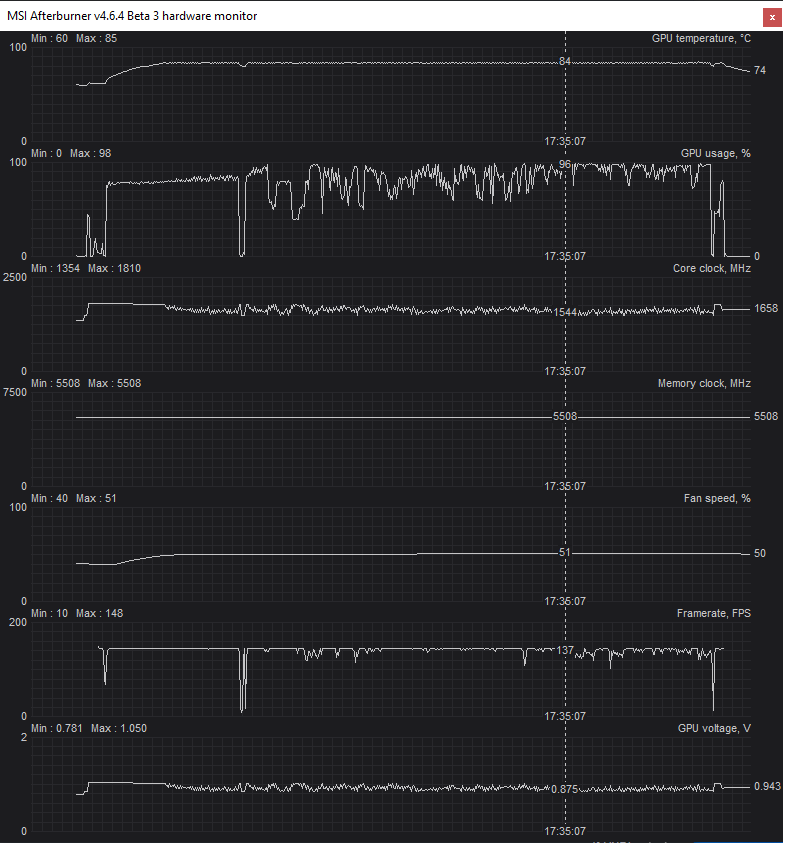 Of course I tested both GPUs using the same computer / hardware-config and playing the same game (I also tested other games, same situation there though). I didn't apply any OC and left everything default / untouched in MSI afterburner. As you can see both go up to around 84° (which is the temp limit set by Nvidia as far as I know) and both run at 50% fan speed. Do you have any idea why this is happening? Shouldn't they be identical (both being GTX 1080 TI / blower style / and no factory OC)?

Thanks for any help, appreciate it!
0

I would try changing the cooling on your pny card to more aggressive fan curve to keep the temps closer to low 70's and see how the card performs then.
0
F

Fix_that_Glitch said:
I would try changing the cooling on your pny card to more aggressive fan curve to keep the temps closer to low 70's and see how the card performs then.
Click to expand...

I can do that when I'm back from work, will let you know how it turns out.

Either way - do you think the behaviour is normal (core clock jumping around when on the other very similar card it seems to lock in at a certain frequency)? Also the fan is only running at 50% as you can see on the screenshots (on both cards same fan behaviour) so I assume there can't be any problems with the temperature otherwise I believe it would go higher, or am I wrong?
0
F

So here is the result of a more aggressive fan curve (fan at 75% speed, pc almost flying lol): 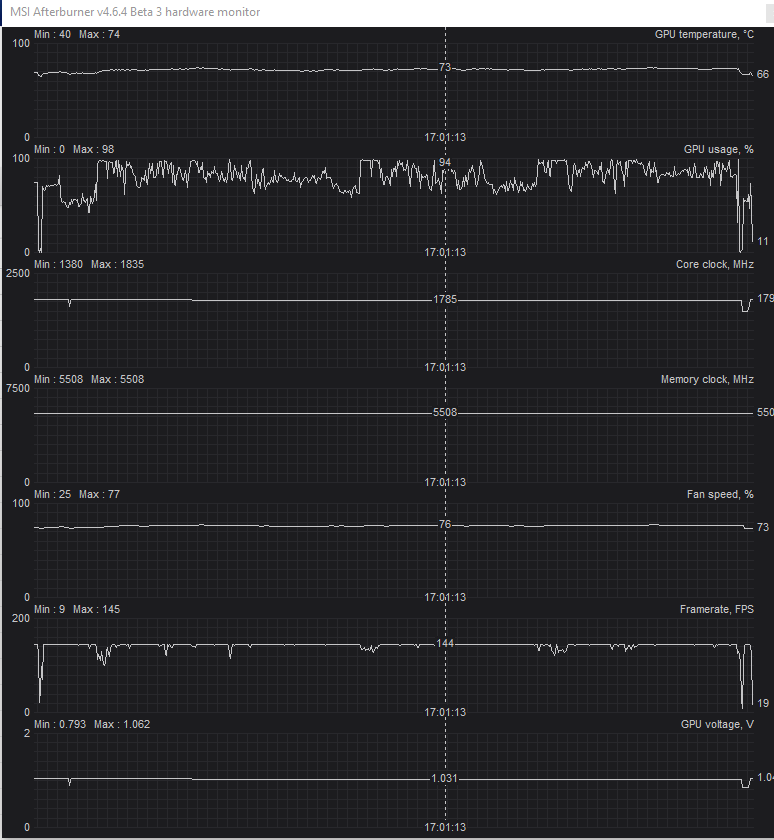 It did indeed get better (still almost 100MHz below the Asus one but I guess thats not too big of a deal). What I dont understand though, why can the Asus one run at 84° easily and hold the core clock stable while the PNY needs to be a lot cooler for that? Isn't it exactly the same card (+ same driver obviously) or how can that be explained?

Yes each card is its own problem. No two cards are alike, and especially different card makers. God knows what they use for cooling pads, transistors, memory etc. There is no one setting fits all gpu cards if you will. Gpu's always run best the cooler you keep them. I always use very aggresive fan cooling on mine. I dont mind the fan noise as long as my card works with no problems. I usually set the fan percentage to match the temperature, I.e. 40c temp I use 40% fan speed etc, but when it gets close to 60c I up it to 75% fan speed-70c 80% and 75c 100% to cool it. May be overkill but mine runs max at 65c under heaviest game load and being overclocked.
0
F

Thanks, I guess that makes sense. So basically the only solution for this (keeping core clock stable) is making sure the card stays below 84° (unless you get lucky like me with the Asus card which for some reason can handle 84° without dropping the clock speed)?