Hello,
Hoping someone can help - have read through the sticky with common things to try for non-posting systems.

This build has been running fine since November and booted up first time when I put it all together.

The CPU was getting slightly hot (still acceptable 75 – 80) while gaming so yesterday I decided to try and install a Noctua NH-L12S Low Profile cooler.
On removing the original cooler, it pulled the CPU with it and bent two of the pins slightly – to the extent the CPU wouldn’t slot back into the AM4 socket. I carefully bent them back after watching a video online and it now slots in fine. A small amount of thermal paste ended up on the pins and AM4 socket – I’ve cleaned that small amount with a cotton bud.
However, the PC now won’t boot. I have tried with the original cooler and the new one (some concern that the new one may have needed to be too tight) but neither lets me post to BIOS. The monitor reports no signal.
Other notes / things I’ve tried:

Main questions are:
What to try next? Thinking local PC store and test another AM4 processor to confirm whether it’s that?
Is there anything I can try myself?
I’ve included an image of the processor PINS and the AM4 socket for reference.
Any help greatly appreciated – kicking myself for tinkering now.. 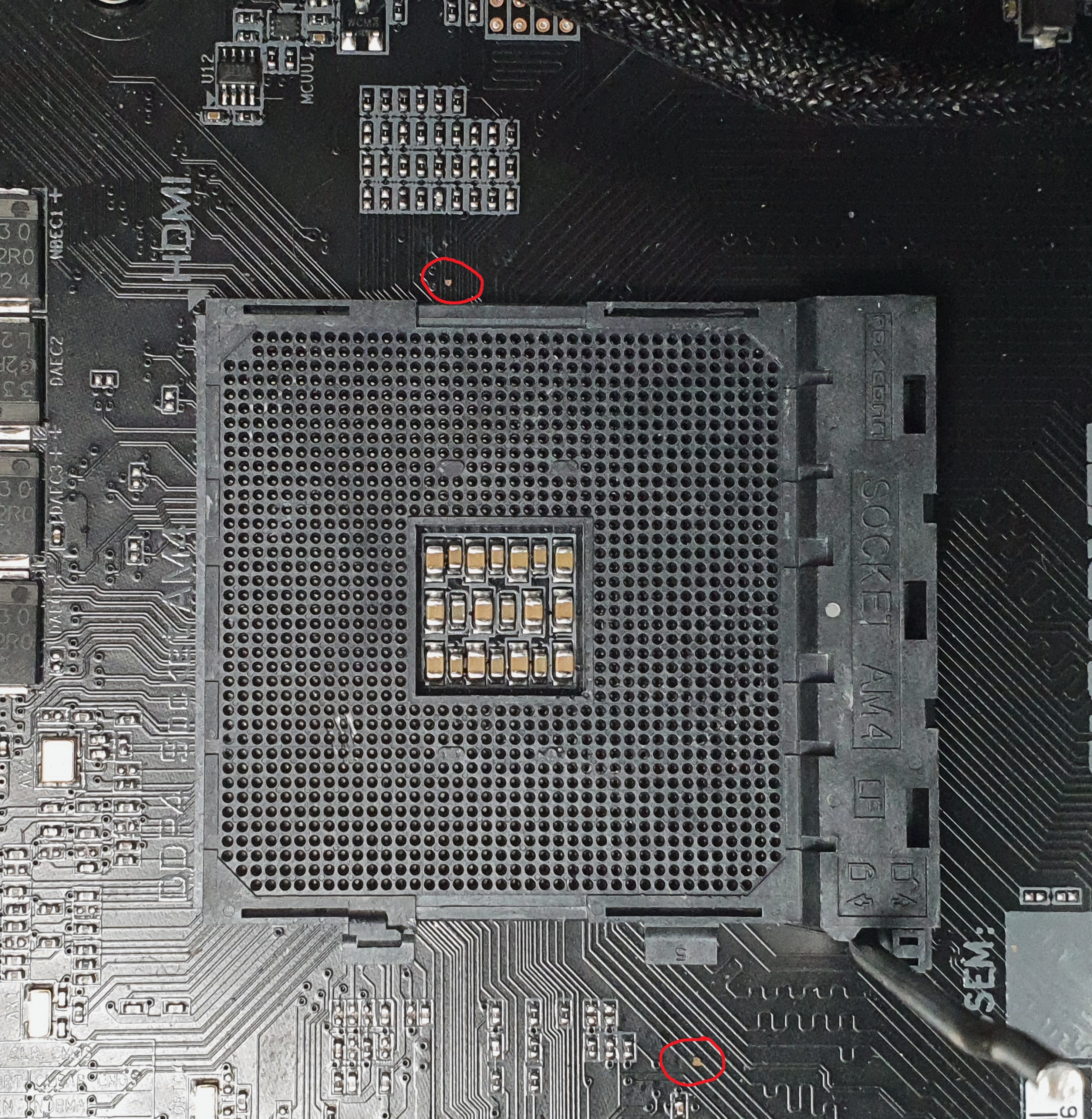 thanks for thaking the time to reply kerberos and for spotting that.

I've cleaned the board again with 99% alcohol more carefully and that was just fluff. New image below shows it's gone.

Still not got anywhere despite cleaning thoroughly.

Think next step is going to have to be a PC shop to test processor.