And as everyone knows ping is very important in games, especially tactical ones like CSGO and Valorant

I have a problem with ping in Valorant game, in other games I don't have much of a problem.

these was my pings in the game before the game last update :

I was happy with these pings because I can play on 3 green servers !!!

I have Fibreoptics internet connection 100Mpps download/upload (almost 13MBps ) its stable and no problems inside the country i live in.

These my pings in CSGO using the MM server picker :

While these my recent pings in Valorant game : 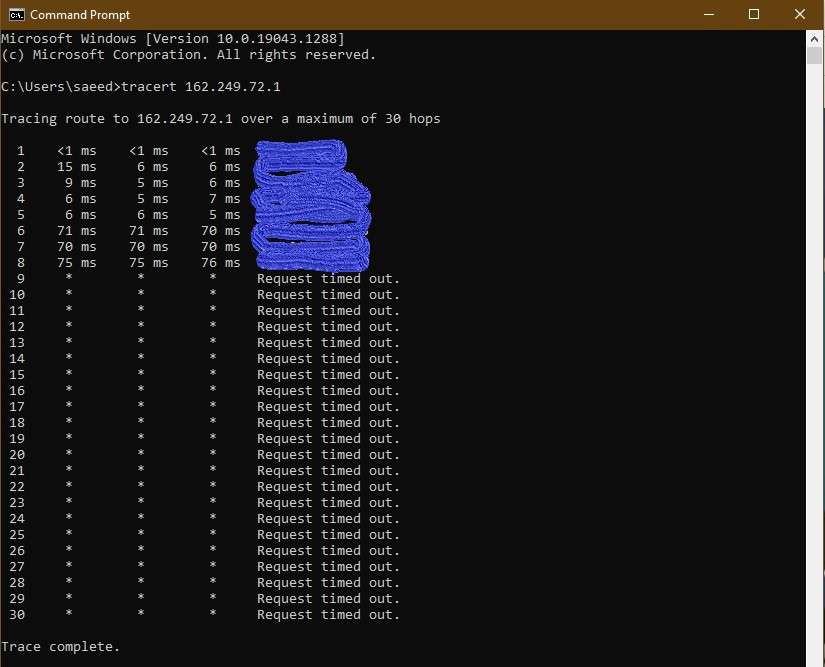 Since the Valorant support couldn't help me and my ISP cant do anything to solve the issue, How do I pinpoint the exact location of the problem? is it from the game server or my connection !.

I opened The game ports in my router : 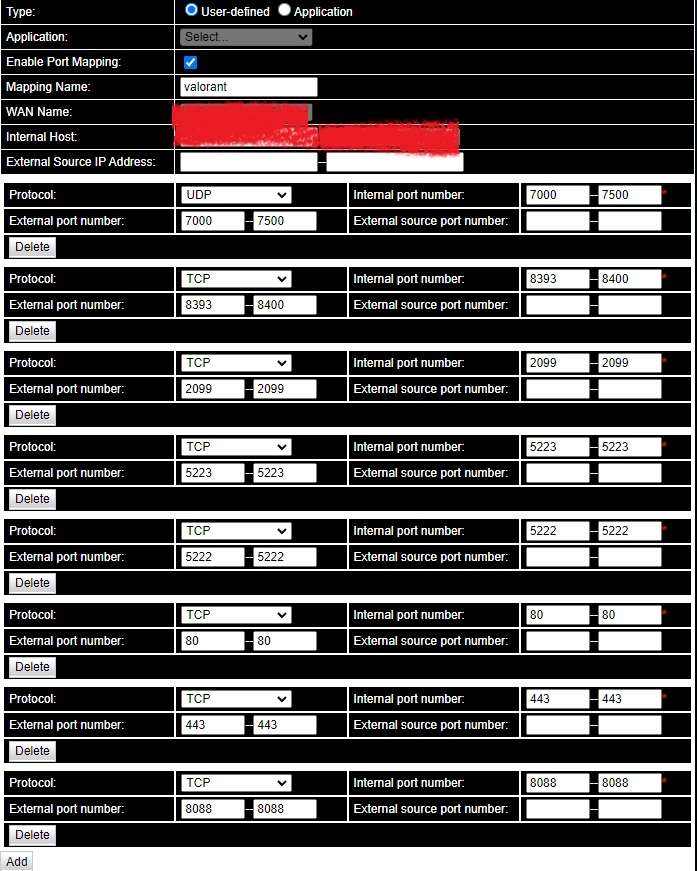 I opened these ports in the windows firewall too, But when I use any website to check if the ports are opened or not (I know that there is need to be something listening in my pc to the ports so I open the game then I test it ) it says its closed or filtered .
I have a Kaspersky total security that controlling the windows firewall I don't know if its a problem but I tried to turn off the firewall inside the antivirus and nothing happened, port test still the same (closed or filtered)

I would remove any port mappings they do not do what you think they are doing. They put you at risk to hackers. You only need port mappings when you are hosting a server. People that run their own minecraft server is a example. You are only acting as a client/user so the ports actually need to be opened on the server side which they do or you would not be able to play at all.

Latency is mostly a measure of distance. It is pretty much related to the speed of light when you allow for the fact light travels slower in fiber and fiber optic cable do not travel in the shortest path. Most fiber runs in the ocean outside the control of any country to avoid some government disrupting connections. This means the paths many times are much longer than if they would run the fiber in a straight line.

There is little you can do. The path your data takes is dependent on the agreements between all the ISP in the path between you and the server. Your ISP for example may not purchase connections to another ISP that actually owns the fiber with the most optimum route.....but maybe it is the most optimum route for say world of warcraft.

Your only option is to get a different ISP which likely is not possible for most people. A variation of this is to buy a vpn connection from a very special type of gaming VPN provider. These provider lease private paths on fibers in a effort to get better connection to some gaming company servers. This is going to take a lot of reseach because your ISP must have a low latency connection the data center of the vpn company and the vpn company must have resources in your country. It is very hit and miss since there are too many variables and you have to test this yourself because of all the differences between people living in different areas with different ISP.
Last edited: Oct 15, 2021
You must log in or register to reply here.
Share:
Facebook Twitter Reddit Tumblr WhatsApp Email Link